Weather warnings have been issued for areas in the north of England where communities have been warned to expect heavy rain after flash flooding overnight in parts of the south.

Dozens of flood alerts are in place across the UK for the rest of the day after commuters in London shared images of buses ploughing through floodwater on Monday night.

The Met Office has issued a yellow weather warning for rain covering northern areas of England until 10pm.

Meteorologist Grahame Madge said the North East could experience up to 50mm of rain throughout the day – even higher levels than those recorded in the south overnight.

The Environment Agency has issued 45 flood alerts for areas where flooding is possible, and four flood warnings across England.

Scattered locations in London, Birmingham and Cumbria are covered by the flood warnings, which mean disruption to homes, travel and power is likely.

Tyne and Wear Fire and Rescue Service tweeted that it has received a “high number” of 999 calls relating to flooding.

It said: “Some of those calls relate to minor flooding or blocked drains – please don’t call 999 for this reason. Only call 999 if there is an immediate risk to person and property.”

Tyne and Wear Metro has also been affected by the wet weather.

It tweeted: “Customers are advised to put off travel on Metro until later today if they can, due to heavy rain and flooding effecting parts of the system. Please look out for further updates.”

In London on Monday night, an HGV was captured making huge ripples through floodwater on the A4 between Hyde Park Corner and Knightsbridge underground stations.

Nearby St James’s Park was hit with 35mm of rainfall in just six hours after midnight, the Met Office said.

It said 26mm of this rainfall was recorded over just one hour between 3am and 4am. 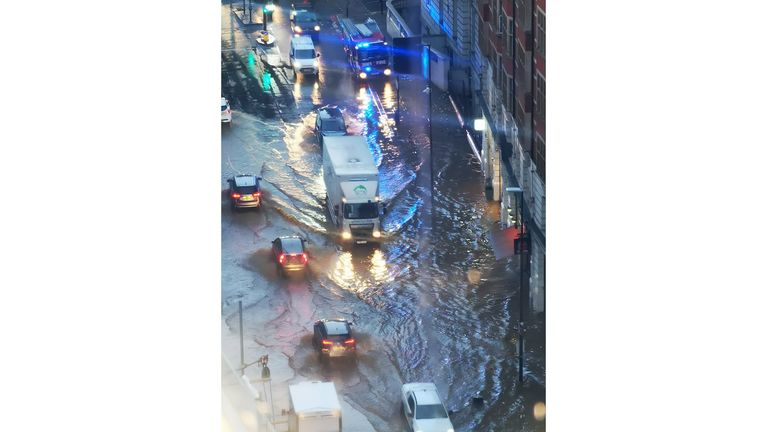 A spokesperson for Mr Khan said: “Flash flooding in some areas of London last night is causing concern and anxiety for many Londoners and it shows once again that the dangers of climate change have moved closer to home.

“It remains a key priority for the mayor and London’s council leaders that more is urgently done to tackle the risk of surface water flooding and the other impacts of the climate crisis.” 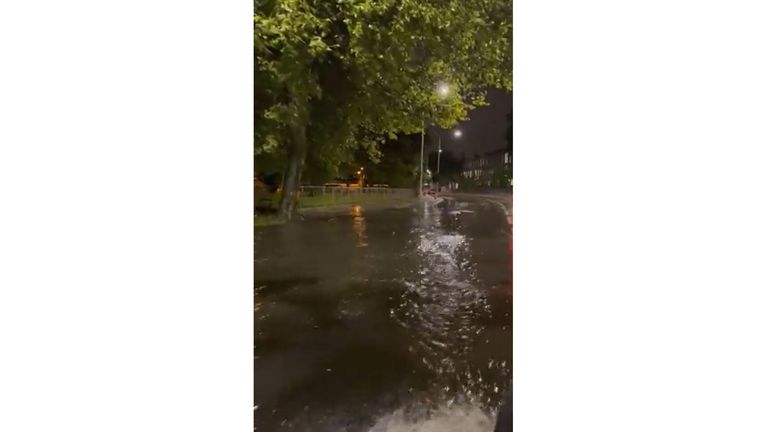 The mayor urged the government to devolve more funding and powers to local leaders to help them deal with flooding, adding that COP26 is an opportunity to show “global leadership” against climate change.

The Scottish Environment Protection Agency (SEPA) has issued flood alerts for Edinburgh and Lothians and the Scottish Borders, while Natural Resources Wales has one in place along the North Wales coast.