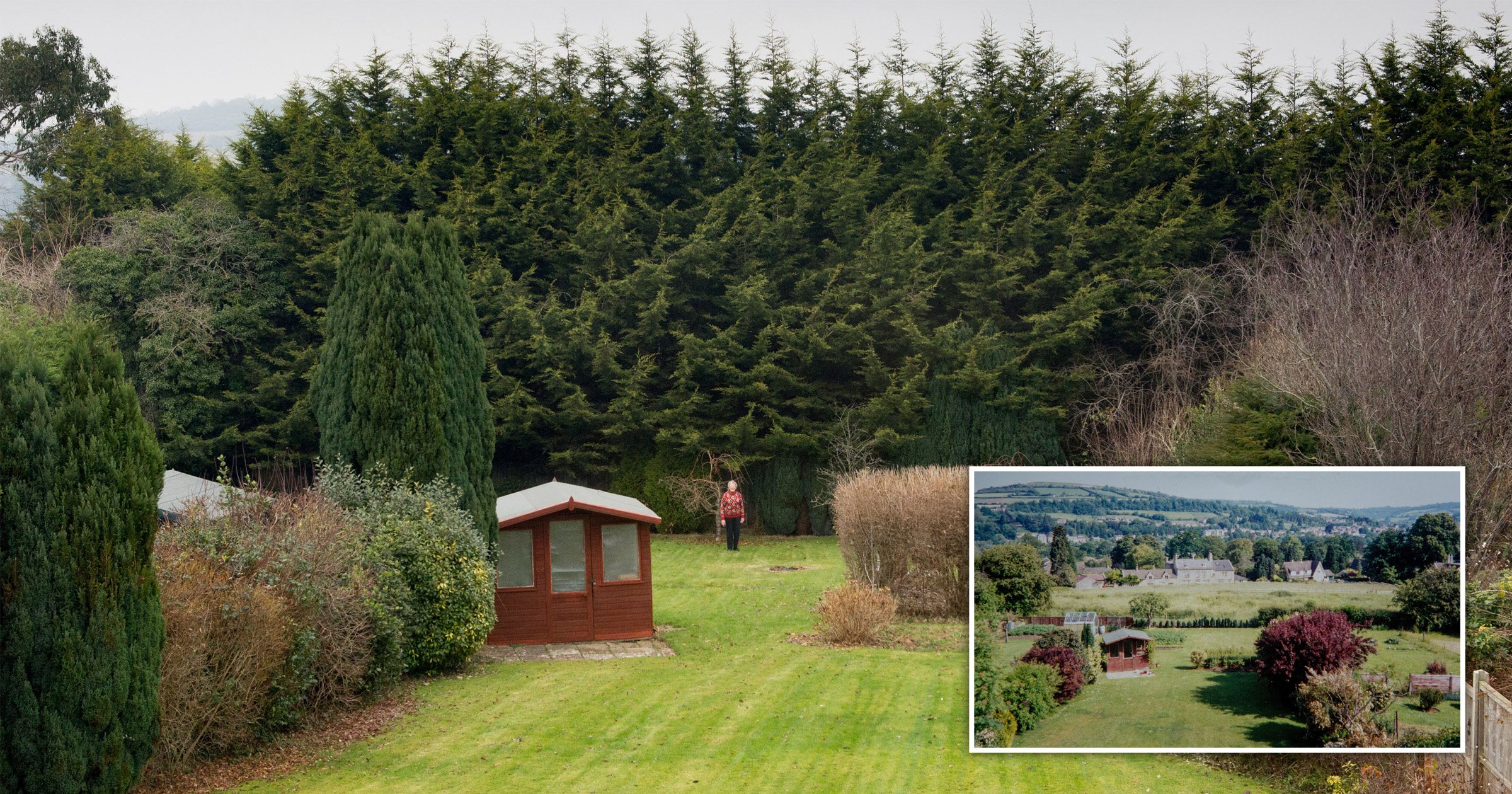 Many a hedge war has raged across the UK over the years, with some ‘lives made a misery’ by ‘out-of-control’ bushes.

But the battle may have reached new heights – with one woman revealing her 20-year dispute with a neighbour who destroyed her view with a 50ft ‘forest’.

Pictures show the idyllic view Val Horton used to love looking over Solsbury Hill in Somerset, a spot made famous by a 1977 Peter Gabriel song.

Now, all she can see is a row of giant Leylandii trees, said to have been planted by Valerie Vivian in 2001.

The trees were short at first but eventually shot up and ruined the ‘wonderful vantage point’ Val had from her dining room.

Val has spent two decades fighting to get them cut down but says she has now been finally forced to admit defeat.

She had hoped Bath and North East Somerset Council could order a chop under the High Hedges section of the Antisocial Behaviour Act, which says offending hedges can be cut if they are a ‘barrier to light or access’.

But the law is no use to her, as homes in the area still get enough sunlight and don’t require access.

Val told The Sun she is ‘exhausted’ by the argument after it dragged on ‘for so long’.

‘This has had a big impact on all of our lives – to look over and see a forest of trees is pretty awful, but sometimes you have to admit defeat and that time has come’, she said.

The homeowner initially teamed up with neighbour Betty Kelley in a bid to regain her view, but says ‘poor Betty died without ever seeing it resolved’.

She used to grow vegetables at the bottom of her garden but says this has ended as the trees block the light.

‘New people have moved into the area and although they are aware of the situation, it’s not really an issue for them’, Val added.

‘The trees were there before they bought their homes and so they didn’t know just how beautiful the views of Solsbury Hill were before’.

It comes after one man was recently fined after ‘chopping down part of his neighbour’s hedge to enhance his view’.

Mrs Vivian has refused to comment on the dispute.

Bath and North East Somerset Council has been contacted for comment.