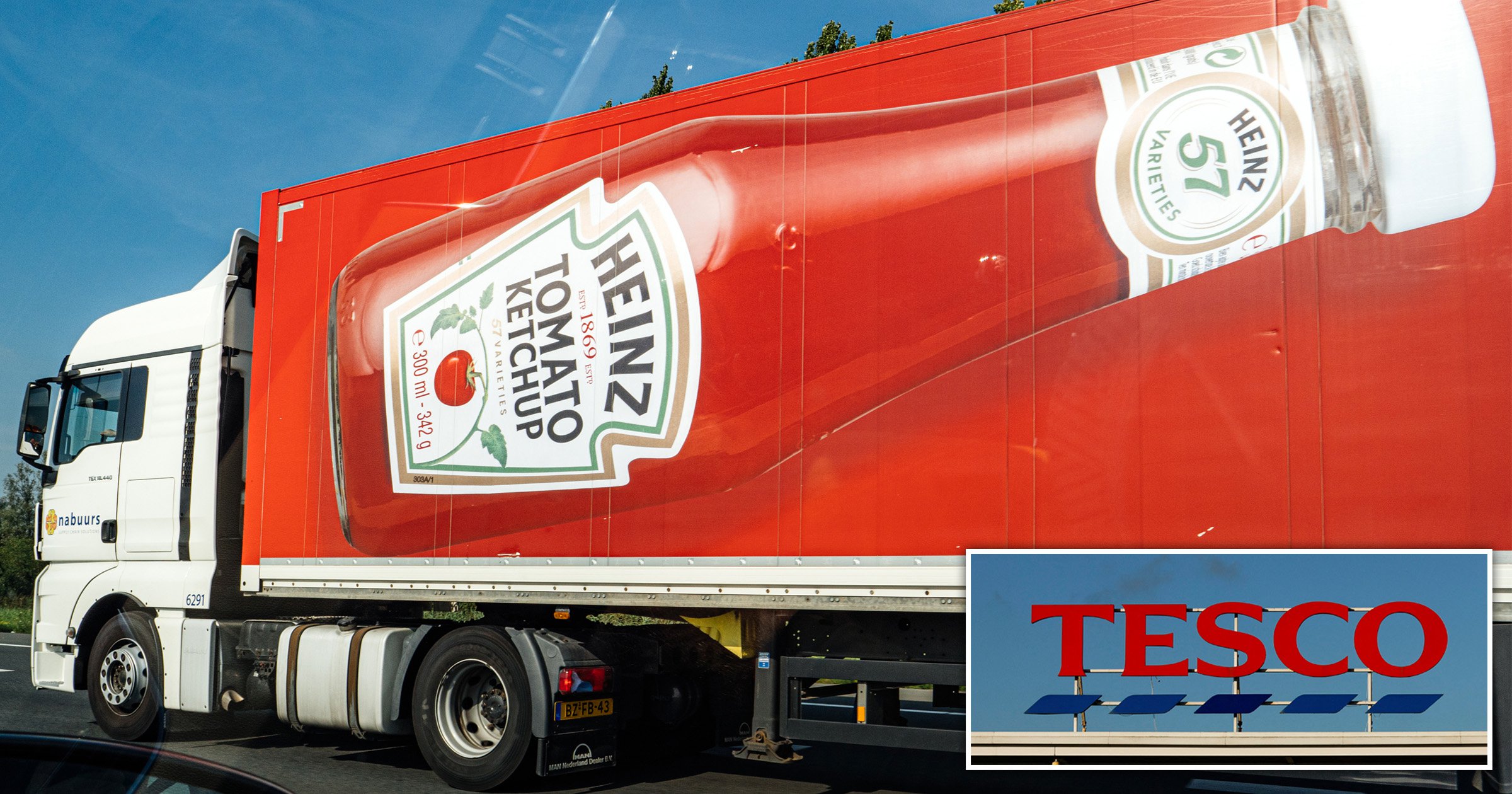 Heinz beans will be making a comeback to Tesco’s shelves after a huge dispute between the two companies was resolved.

The firms say they have got ‘back together’ after gaps opened in the aisles of the UK’s biggest supermarket.

According to reports, bosses at Tesco had been displeased by the rising prices for Heinz products, as they try to compete with discount retailers Aldi and Lidl.

During the spat, it is understood that Heinz suspended deliveries to the supermarket chain.

It led to shortages of some products, including some types of baked beans and chicken noodle soup.

‘Tesco and Heinz are pleased to have reached an agreement that will see the full range of Heinz products return to Tesco shelves and online, continuing to offer our customers great value on the nation’s favourite Heinz varieties,’ the companies said.

‘Lorries full of Heinz products including Heinz Tomato Ketchup and Heinz Beanz will hit the road shortly, and Tesco colleagues will be working hard to ensure shelves are filled again over the coming days.

‘With British summertime finally here, Tesco shoppers will be able to get all the essentials they need for their perfect summer salad or barbecue, including the Heinz varieties they know and love. It’s great to be back together.’

During the spat, Tesco had said that it was trying to keep the price of a weekly shop in check as costs soar for under-pressure households.

‘We will not pass on unjustifiable price increases to our customers,’ it said.

Research by the trade magazine The Grocer shows that the cost of a tin of Heinz baked beans has increased from 90p to £1.20 in Asda.

Price hikes are hitting a large number of products as inflation soars.

We’ve already seen how a single tub of Lurpak butter has soared to eye-watering £7.20 this week and parents have spoken of their desperate ‘drive to cut costs.’

More than a third of adults have begun to struggle financially in the grip of the cost of living crisis.

Just over half of people surveyed by LV say their finances have got worse over the past three months, while two in five expect their financial situation to deteriorate in the coming three months.

Clive Bolton, LV’s head of protection, savings and retirement, said: ‘The indices for savings, financial outlook and outgoings are the worst recorded since we started surveying consumers during the coronavirus pandemic, and worse than in the dark days of Covid.

‘Consumer sentiment had been steadily improving between spring and early autumn 2021 but the sharp rise in the cost of living has dented consumers’ confidence.

‘Millions of people say they are struggling financially and standards of living are falling across the country.’