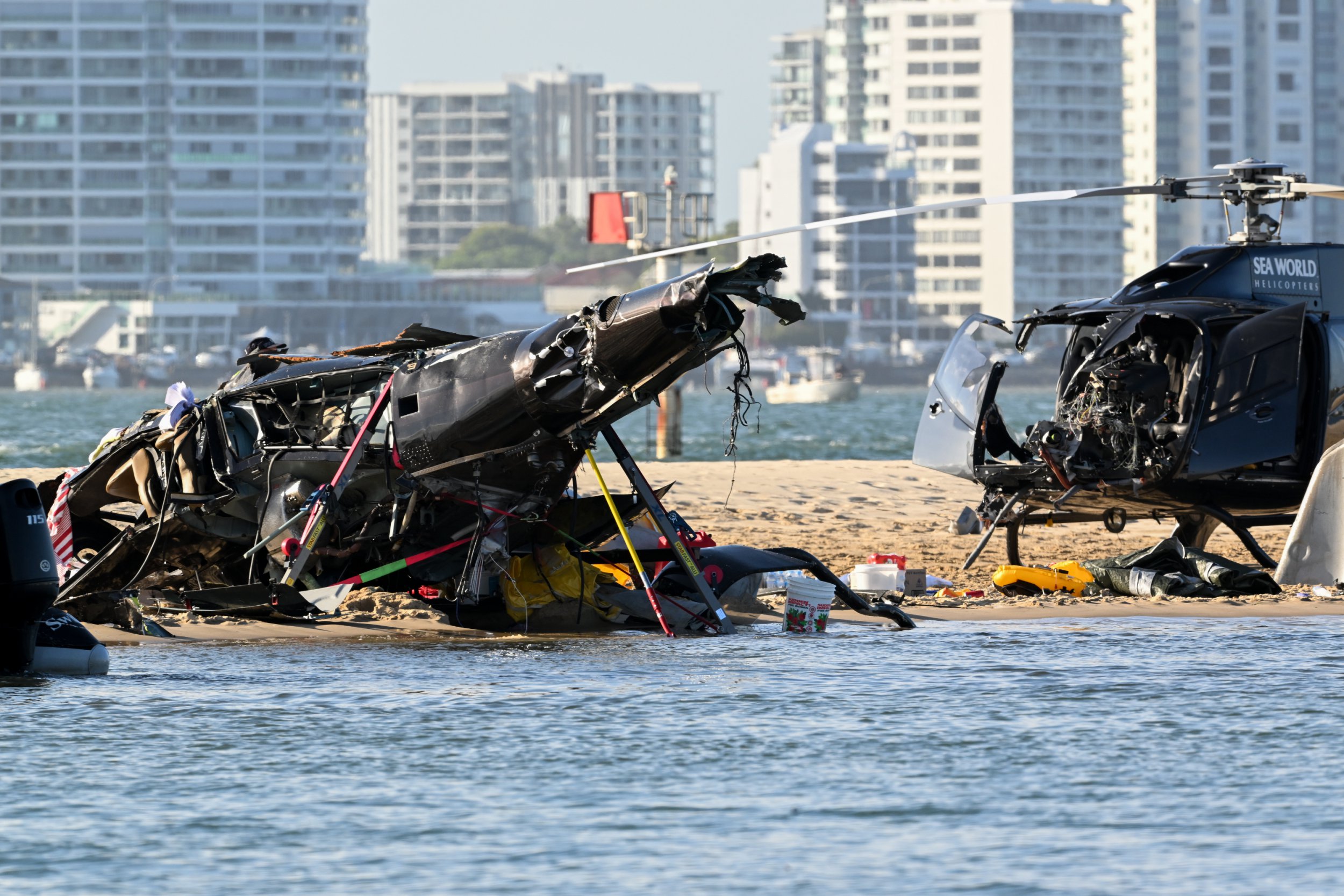 At least three people have been killed after two helicopters collided over an Australian beach.

One of the helicopters managed to successfully land but three occupants of the other helicopter are believed to have died.

The remaining three occupants are in a critical condition, and at least 13 patients were being assessed for injuries, Queensland Ambulance Service said.

One helicopter was left upside down on a sandbar at the water’s edge with debris strewn around Main Beach, on the Gold Coast.

Authorities have closed Seaworld Drive, the access road to the theme park.

Witness Emma Burch told the Gold Coast Bulletin the accident appeared to occur when one chopper was taking off and as the other landed.

‘They clipped each other,’ she said.

‘Massive bang heard right through the Broadwater tourist park then the swooshing as the one that lost control hit the water and broke apart.

‘It’s just awful. Everyone is in shock.’

The Australian Transport Safety Bureau confirmed it has commenced an investigation into the incident.

‘Transport safety investigators with experience in helicopter operations, maintenance and survivability engineering are deploying from the ATSB’s Brisbane and Canberra offices and are expected to begin arriving at the accident site from Monday afternoon,’ the ATSB said in a statement.

The Gold Coast region is at its busiest in January, the peak time for holidays in Australia’s summer.