The UK is close to signing its first trade deal after more than 40 years after it finally unshackled itself from the EU. Talks, which opened on June 8, have taken place daily until they today reached a “significant breakthrough”.

Negotiations are at an “advanced stage” and both sides believe they will be wrapped up by September.

A Government source told The Sun: “Japan is happening and it’s happening soon.”

International trade secretary Liz Truss previously pledged the UK is working towards securing a “comprehensive” Brexit trade deal with Japan, which would go further than the existing agreement with the Brussels bloc. 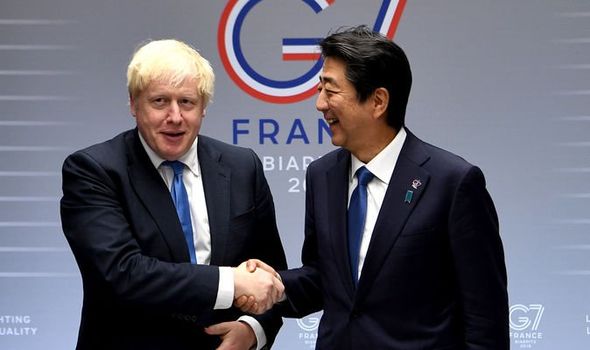 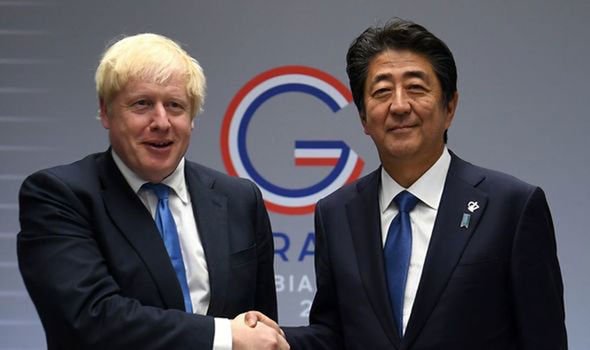 The agreement will be based on the current EU-Japan free trade agreement (FTA) but Mr Johnson’s Government hoped to secure additional benefits, namely in digital and data.

A free trade deal could increase trade flows between the UK and Tokyo by £15.2 billion, boosting the British economy by £1.5 billion, according to a government analysis.

Ms Truss previously said:  “Japan is one of our largest trading partners and a new trade deal will help to increase trade, boost investment and create more jobs following the economic challenges caused by coronavirus.

“Both sides are committed to an ambitious timeline to secure a deal that goes even further than the existing agreement especially in digital and data.”

It comes after Hiroshi Matsuura, Tokyo’s chief negotiator, revealed both sides were “negotiating every single day”.

He told the Financial Times: “To avoid a gap in January, we must pass this in the autumn session of the Diet – the Japanese parliament.

“That means we must complete negotiations by the end of July.

“The shortage of time means that both sides will have to limit their ambitions.

“We are doing this deal differently to the usual style.

Instead of rounds of talks, we are negotiating every single day.”

Britain is pursuing trade deals with other countries and setting up its own sanctions regime, and has previously insisted it should not have to sign up to the bloc’s standards.

The Department for International Trade has prioritised deals with Japan, the EU, the US, Australia and New Zealand.

More than four years after Britons voted to leave the EU in a momentous referendum, and after tortuous divorce talks, the UK and EU are still negotiating on all aspects of their ties, from trade to security, from 2021 onwards.

The two key stumbling blocks are access to British fishing waters and the EU’s demand that Britain tie itself closely to the bloc’s state aid, labour and environmental standards to ensure it does not undercut the EU’s single market with poor-quality goods.

The EU says a deal needs to be done by October to allow time for ratification by the end of the year. Both sides have said the talks may be stalling.