The Queen’s grandfather, King George V, was monarch from 1910 to 1936, living to the age of 70, at a time when life expectancy was ten years younger at 60 years old. However, the health of King George – who was the grandson of Queen Victoria – had been gradually declining after he began experiencing a problem with his lungs almost a decade prior to his death. King George, who died the year after celebrating his diamond jubilee, passed away at Sandringham House, Norfolk. The castle, much like Balmoral, was acquired during Queen Victoria’s reign when she bought it for £22,000 – which equates to more than £3million today.

His death was announced in The Times – his favourite newspaper – the following morning and the official statement released read: “The King, who retired to rest last night in his usual health, passed peacefully away in his sleep early this morning.”

However, it was not until 1986 that the truth of how the King had died was revealed, along with the revelation of his final words.

According to the palace, King George V – who reigned over Britain during World War One – had used his final few breaths to enquire on the state of the Empire.

However, there was also a rumour that the last utterance of King George came after he was told he would be moved to the Bognor Regis with it being thought the air of the seaside town in West Sussex would help him recuperate. It is believed the King had said in response “bugger Bognor” before dying. 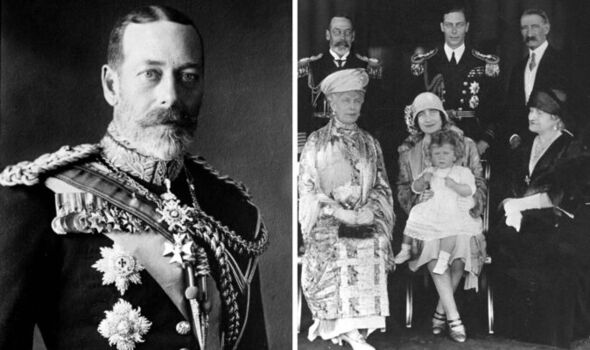 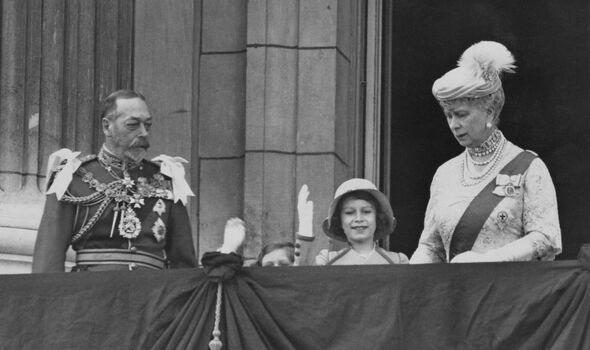 It was not until 50 years after his death that the world finally had its answers as the private journal of King George’s physician, Lord Bertrand Dawson, was made public. The notes revealed that his final words were, in fact, “God damn you”.

But a grave secret was revealed in Lord Dawson’s notes: the fact that King George V was euthanised with his physician administering a lethal injection of morphine and cocaine at approximately 11pm on January 20, 1936.

Royal expert and biographer, Angela Levin, told the Channel 5 documentary, George V: The Tyrant King, that his death was timed deliberately so as to make the morning papers, specifically The Times.

Lord Dawson wrote to the King’s wife, Queen Mary, in London to tell the newspaper to hold back publication. The headline of The Times article published the morning after his euthanasia read: “A Peaceful Ending at Midnight”.

Just under a year after King George V’s death, Lord Dawson spoke of euthanasia in the House of Lords where he described it as a “mission of mercy”, according to a 1986 New York Times article. 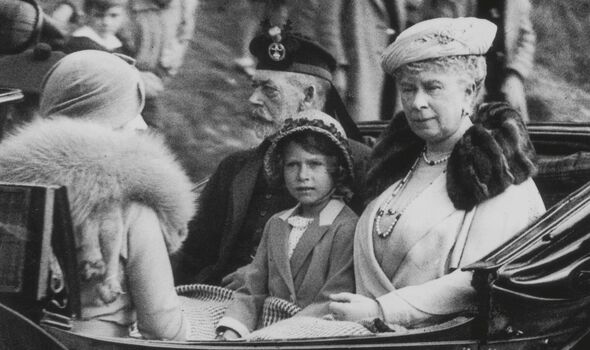 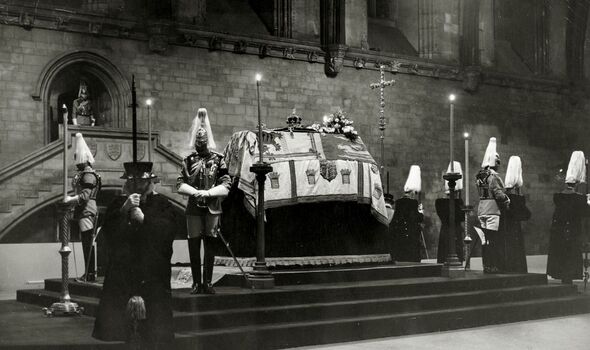 Lord Dawson told the House of Lords: “One should make the act of dying more gentle and more peaceful even if it does involve curtailment of the length of life. That has become increasingly the custom. This may be taken as something accepted.”

A biographer of King George, Kenneth Rose, was appalled by the revelation, and in his opinion, the King was “murdered” by Lord Dawson. Similarly, former president of the Royal College of Physicians, Sir Douglas Black, said Lord Dawson had committed an “evil” for the sake of “marginal good”.

King George who called his granddaughter by her nickname “Lilibet”, the name Meghan Markle and Prince Harry gave to their daughter, had always wished that the Queen would one day take to the throne as he had little faith in his eldest son, King Edward VIII.

But King George V was succeeded by Edward VIII, yet perhaps King George would have been pleased to know that King Edward VIII abdicated after less than a year on the throne.

DON’T MISS: Everything that will close or be cancelled in UK due to death of Queen [INSIGHT]
Double rainbow seen over Buckingham Palace after Queen dies [PICTURE]
Pound soars on new Liz Truss energy lifeline as UK markets bounce back [REPORT] 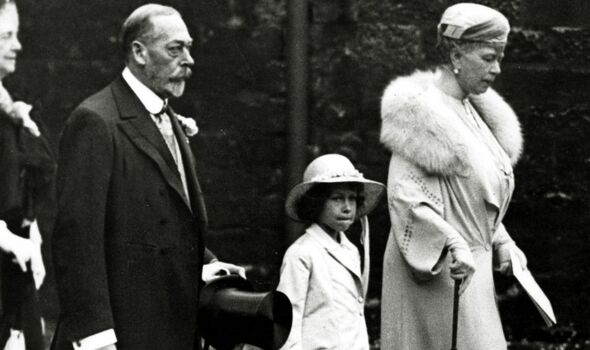 In fact, Edward VIII is one of the UK’s shortest reigning monarchs, sitting on the throne for a mere 326 days as he decided to step down in order to marry American divorcee, Wallis Simpson, which was opposed by the British public, the Royal Family, and the Church of England.

Prior to his death, King George has been quoted as saying: “After I am dead, [King Edward VIII] will ruin himself within 12 months. I pray to God my eldest son will never marry and have children, and that nothing will come between Bertie [George VI] and Lilibet [the Queen] and the throne.”

Following the death of her father King George VI in 1952 at the age of just 56 years old, the Queen ascended the throne and would serve her country for 70 years, fulfilling her promise to the country made on her 21st birthday in 1947.

Her Majesty told the British people: “I declare before you all that my whole life whether it be long or short shall be devoted to your service and the service of our great imperial family to which we all belong.”