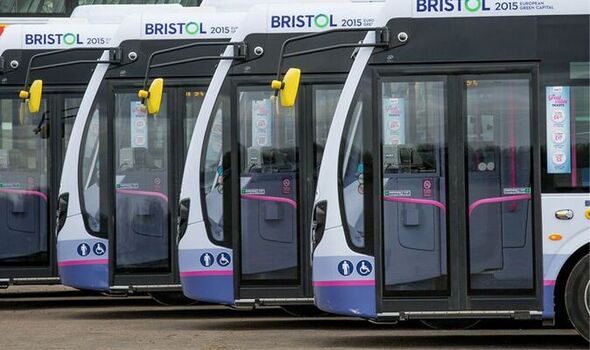 A bus driver helped an injured 78-year-old man get to hospital after he was faced with a four-hour wait for an ambulance.

The First Bus driver was praised by his employer for his kind actions in taking Philip Jones to the hospital after he was accidentally hurt by the vehicle’s closing doors, which left him bleeding from his leg.

A spokesperson for First West of England said: “Our quick-thinking driver showed great empathy and common sense when he took this customer to the hospital.

“We are very proud of him and it’s great to hear that the customer has praised him. We will make sure to pass the customer’s praise on to the driver and celebrate this achievement. Many of our drivers are heroes in the communities we serve.”

Mr Jones said it was thanks to the bus driver’s quick thinking that he was able to receive the care he needed. According to BristolLive, after he was hurt, he was initially told an ambulance could take four hours to get to him.

The driver cleared his bus and drove him to the hospital gate, only to be told they faced a long wait for an ambulance, even at the gates. Eventually, Mr Jones made his own way to A&E.

After seeing the story online, readers were keen to share their praise for the driver as well. As one person wrote: “Good for you driver x”

Another added “The system is over stretched and patients are sat in ambulances for hours to go in a&e. Driver done good taking him there a leg injury even if his condition isn’t classed as an emergency. Gone of the days you could have one within an hour.”

A third said: “The truth is, bus companies have always employed a majority of good, caring, common sense staff. That is why they need to be payed properly and looked after. First Bristol badly needs good news these days!”