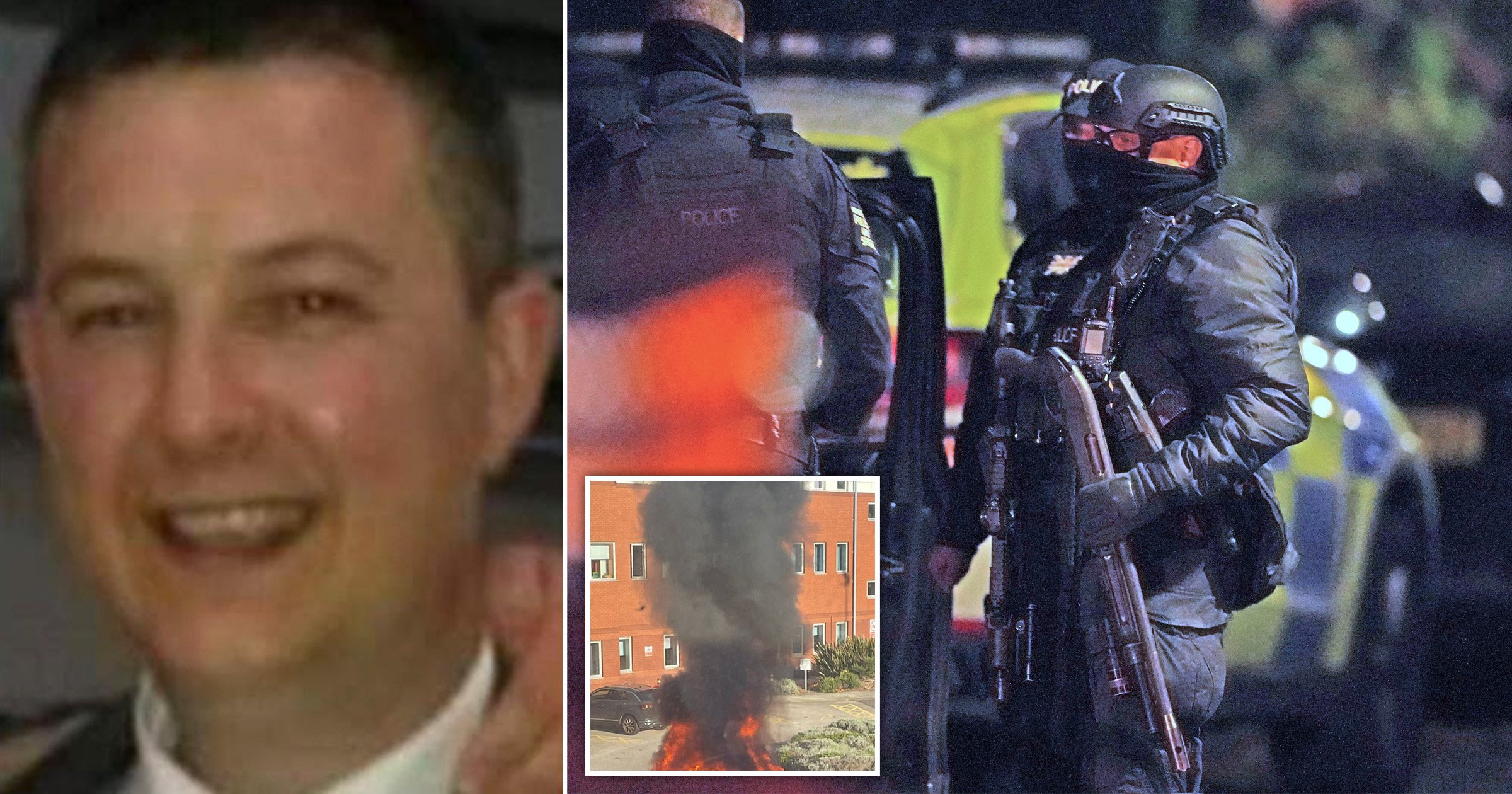 A taxi driver has been hailed as a hero after reportedly locking a suspicious passenger in his cab seconds before the vehicle blew up outside a hospital in a suspected terror attack.

It’s thought dad-of-two David Perry may have saved dozens from the explosion, which took place seconds before the 11am two-minute silence on Remembrance Sunday.

The male passenger – who is reported to have asked to be taken to Liverpool’s Service of Remembrance – was the only person to die in the blast yesterday.

Mr Perry is said to have been discharged from hospital after suffering cuts, bruises and damage to his eardrum.

Sources told MailOnline the suspect initially asked to be taken to Liverpool’s Anglican Cathedral, where military personnel, veterans and families of the fallen from recent conflicts had gathered for a poignant service.

After finding out the roads were blocked, the man ‘told Mr Perry to take him to the city centre before asking him to pull in outside Liverpool Women’s Hospital’.

A friend said: ‘It was just before 11. David noticed the man had some kind of light attached to his clothing and was messing around with it, it didn’t look right at all.

‘I don’t know how he’s done it with a split second’s thought but David’s jumped out and locked the car with this guy in the back. As soon as he did, it’s gone off.

‘David’s the luckiest man in Britain as well as the most heroic, if this guy got in the hospital, God knows what could have happened.’

Another friend said the cabbie was likely ‘terrified’ but was ‘amazing to think so fast and end up okay’.

Three men – aged 29, 26, and 21 – were arrested under the Terrorism Act as armed police raided a number of homes last night.

The incident has not been declared a terror incident – but officers are understood to be investigating whether the timing was deliberate as the nation fell silent for Remembrance Sunday.

Counter-terrorism police said they continue to keep an open mind about the cause.

One line of inquiry is that the explosion failed and the detonators on a potential bomb exploded but not the main charge, it’s reported.

Prime Minister Boris Johnson tweeted: ‘My thoughts are with all those affected by the awful incident in Liverpool today

‘I want to thank the emergency services for their quick response and professionalism, and the police for their ongoing work on the investigation.’

Home Secretary Priti Patel said she was being updated on the ‘awful incident’, while Liverpool’s Mayor Joanne Anderson described the news as ‘unsettling and upsetting’.