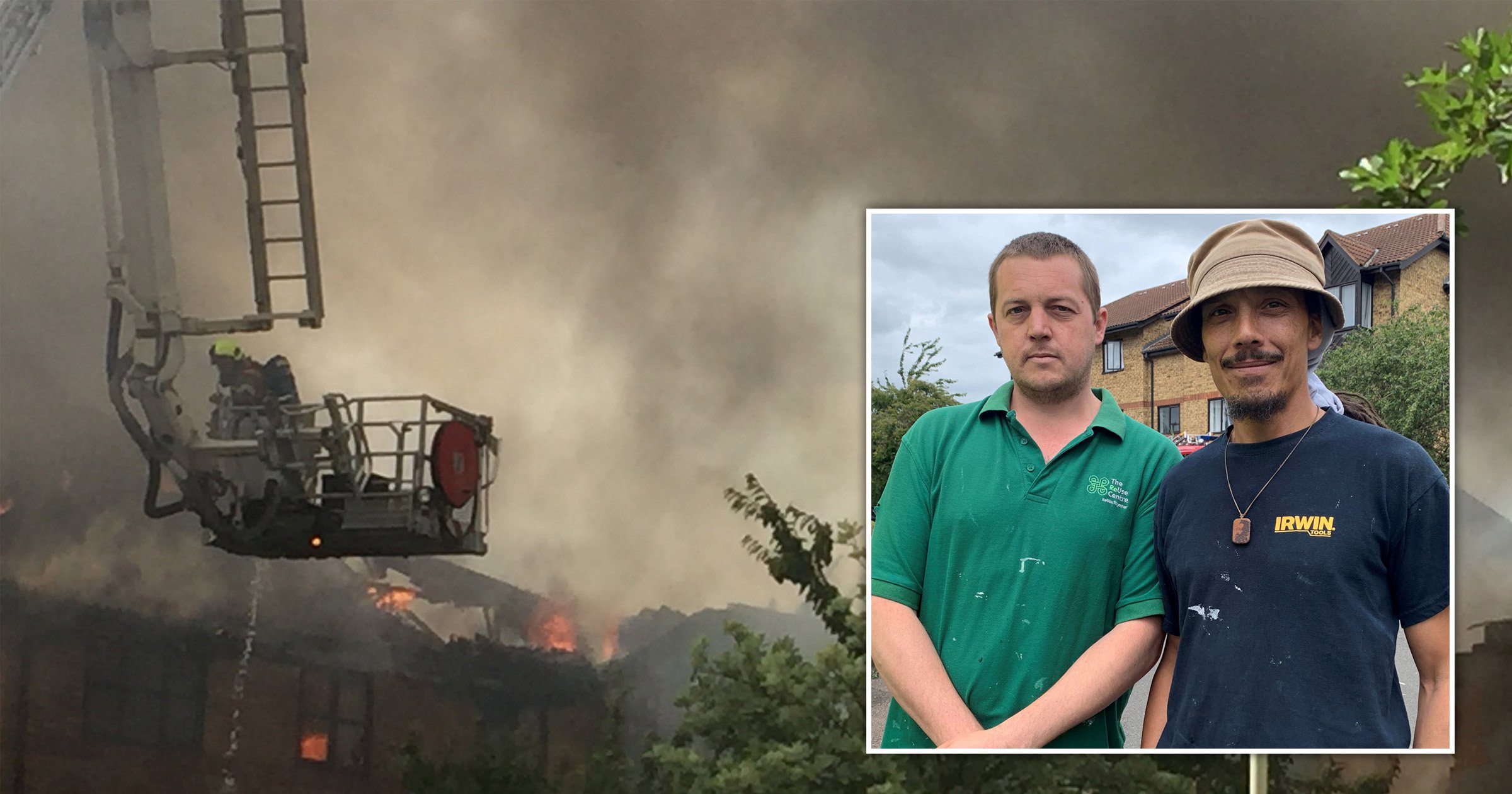 Two bricklayers raced to the scene of a gas explosion in Bedford which killed at least one person.

Michael Moxam, 45, and Mark Waggott, 37, were the first to arrive at Redwood Grove where a block of 20 flats blew up at around 9.30am today.

The heroic pair said they arrived to find one man in his 20s unconscious on the ground.

He is thought to have jumped from a second-floor window but another witness told ITV he was ‘projected’ by the explosion from his flat.

Michael recalled this morning’s shocking events: ‘We drove over the bridge at around 9.40am and saw the smoke.

‘We couldn’t hear any ambulances or fire engines so we went in to make sure everyone was OK.

‘The younger guy was face-down and unconscious. The other was screaming in agony with blood on his arm. I think he’d broken his hip.’

Michael said they pulled the man in his 50s away from the building as they feared a further explosion.

Bedfordshire Police said that at least one person has died and three others have been rushed to hospital after the fire.

Two suffered smoke inhalation and were taken to Bedford Hospital South Wing, while a third sustained leg injuries and was airlifted to Addenbrooke’s Hospital.

Mark, who had blood on his trousers and shoes from helping the victims, said: ‘The heat of the flames was on you when you tried to pull them away.

‘I was hearing crackles and bangs. We were worried about another explosion. In that situation you don’t think of nothing but helping people.

‘The explosion had blown up the building. The bricks had blown out and you could see inside. There was a lot of smoke and flames.

‘A guy said two little girls were in the building but we couldn’t get inside. We passed the message on when the firefighters arrived.’

The blaze was so intense that it led to the collapse of the building’s roof.

It is possible more deaths will be discovered in the coming days as emergency services search the scene, police have warned.

Bedfordshire Police Chief Superintendent John Murphy said this evening: ‘Very sadly we know that at least one person has passed away in the explosion today.

‘There is a possibility that there will be more fatalities discovered in the coming days as we continue to search through the scene and a number of people, as my colleague from the fire services has identified, were injured as well today.’