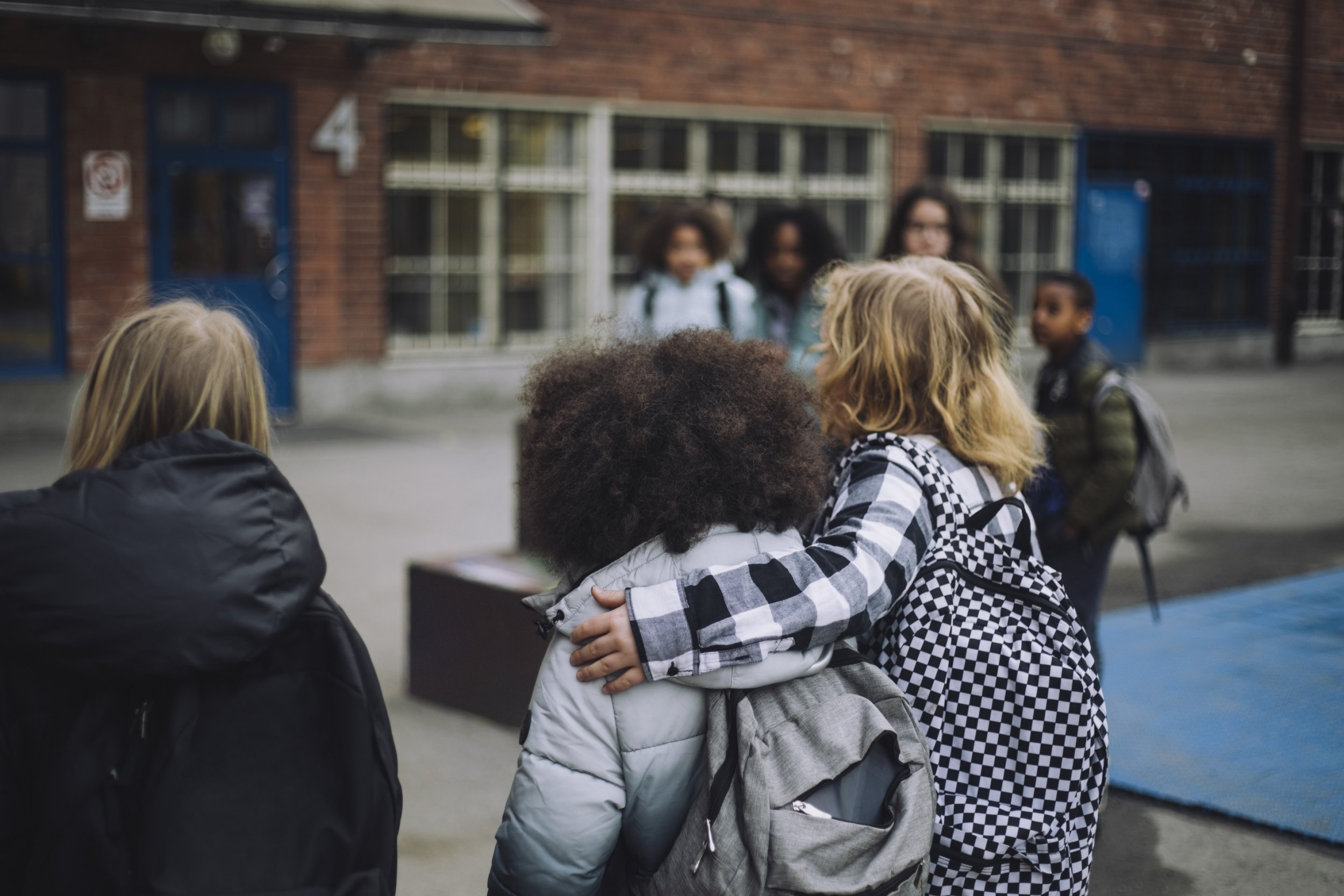 A high school has banned physical contact between pupils in a bid to ‘keep children safe’.

Hylands School in Chelmsford, Essex, said they ‘do not allow’ romantic relationships after banning children from touching one another.

The school has come under fire by parents after questioning its reasons, to which they explained the new rules encourage children to behave ‘professionally’.

A letter sent by assistant headteacher Miss Catherine McMillan says staff do not condone ‘any physical contact’ between children.

One parent explained that they were not aware of the new policy prior to the letter, which was sent on January 9.

The parent, who did not want to be named, said: ‘I couldn’t believe it. In this day and age, I agree that inappropriate touching – hitting and punching – of course has to be dealt with.

‘But they’re not teaching students how to have a healthy relationship.

‘The inference is that you can’t touch anyone, children won’t know what is or isn’t appropriate, and the ability to empathise with their peers is being taken away.

‘I have a daughter and her and her friends greet each other with a hug, but if they do that now they’ll [face being] put into isolation.’

The letter sent by Chelmsford school explains forms of physical contact that are not tolerated include: ‘any aggressive physical contact, hugging, holding hands, slapping someone, etc’.

It continues: ‘This is in order to keep your child safe. If your child is touching somebody else, whether they are consenting or not, anything could happen.

‘It could lead to an injury, make someone feel very uncomfortable, or someone being touched inappropriately.

‘While we want your children to make really positive friendships, hopefully lifelong ones, we don’t allow romantic relationships at Hylands.

‘Your child is of course able to have these relationships with your permission outside of school.

‘We want your child to focus on their learning while in school and we don’t want them to be distracted by relationship issues.

‘In your child’s Personal Development lessons we learn about positive, healthy relationships and your child can still talk to a trusted adult in school for advice and support if they need to.’

But the parent continued: ‘Human instinct is that if your friend fell over you might help them up.

‘But now they’re having their privileges threatened such as losing their lunch or morning breaks, or even isolation for the day – which is all so draconian.

‘There’s been a huge outcry from other parents. Partly because of the lack of communication with parents, all we’ve been told is what students tell us.

‘But it’s also such an archaic approach and is not needed in this day and age. After the pandemic, where everyone was starved of human contact, you are now setting everything back. It’s not going to help students’ mental health either.’

Ms Margaret Callaghan, 54, executive headteacher at Hylands School, said: ‘We always seek to work closely with parents in order to ensure that our pupils are safe and happy.

‘Most parents and pupils support this policy which engenders mutual respect and encourages pupils to behave professionally as any future employer would expect.’