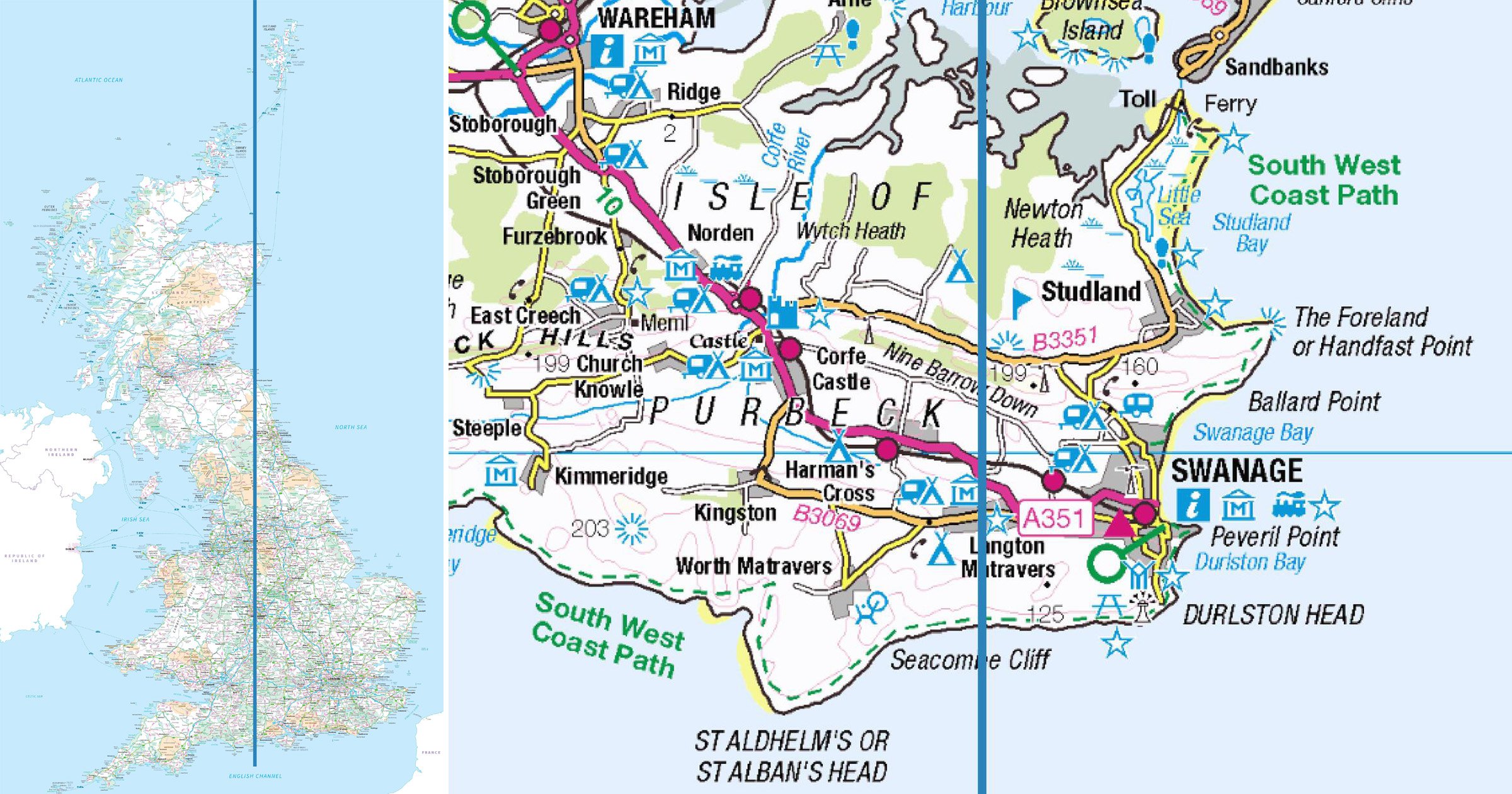 A historical alignment is set to take place in Britain later this month as the three ‘norths’ will combine for the first time ever.

True north, magnetic north and grid north will become one in early November – making landfall at the village of Langton Matravers in Dorset before travelling up the country.

They’re all usually independent but, because of movements in the Earth’s magnetic field, they will be brought together for the first time in history.

Dr Susan Macmillan, of the British Geological Survey (BGS), said: ‘This is a once in a lifetime occurrence.

‘Due to the unpredictability of the magnetic field on long timescales it’s not possible to say when the alignment of the three norths will happen again.’

Experts aren’t able to say how long the three norths will remain aligned for, but it could be as much as 3.5 years.

‘After always being to the west of grid north in Great Britain the last few years have seen magnetic north move to the other side of grid north,’ explained the team at Ordinance Survey, which calculated the convergence.

‘The change started in 2014 at the very tip of Cornwall and is slowly moving west to east across the country,’ wrote Britain’s national mapping service.

‘It is now reaching the ‘special line’ and will incredibly converge with the other two ‘norths’ for the first time in history.’

After making landfall at Langton Matravers, the triple alignment will pass northwards through Poole by Christmas and then Chippenham and Birmingham before reaching Hebden Bridge in Yorkshire in August 2024.

It will pass though the Pennines before leaving the English coast at Berwick-Upon-Tweed a year later in August 2025 and it does not hit land again until around May 2026 at Drums, just south of Newburgh in Scotland.

After passing through Mintlaw its last stop in Scotland and the landmass of Great Britain is Fraserburgh, around July 2026.

Mark Greaves, Earth Measurement Expert at Ordnance Survey, said: ‘It is no exaggeration to say that this is a one-off event that has never happened before. Magnetic north moves slowly so it is likely going to be several hundred years before this alignment comes around again.’

‘This triple alignment is an interesting quirk of our national mapping and the natural geophysical processes that drive the changing magnetic field.

‘But for navigators the same rules will apply whether they are simply on a trek or a walk or flying planes or navigating ships at the other end of the spectrum. They will always have to take account of the variation between magnetic north from a compass and grid (or true) north on a map.’