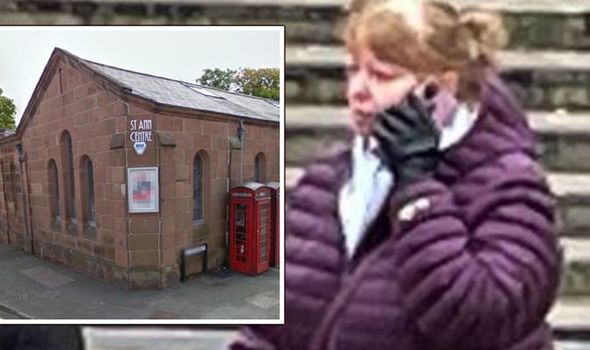 Elizabeth Rogers, 62, took tens of thousands of pounds in a period spanning more than six years from St Ann’s Millennium Centre, linked to a church, in St Helen’s, Merseyside. She abused her position as a trusted employee and splashed out on holidays and gifts for her family.

But a court heard Rogers was caught on CCTV sneaking back into the offices to try to cover her tracks.

Her decit showed up on the venue’s accounts when the venue was forced to check on these at the start of the coronavirus pandemic.

But Rogers was spared an immediate jail at Liverpool Crown Court despite pleading guilty to fraud and false accounting.

The money to pay back the church is currently being held in her lawyer’s accounts and will be paid back pending a separate court hearing next year, reports Liverpool Echo.

The judge said: “I accept that you feel shame and remorse for your offences and that you wish to make amends by making available the full amount of money to your solicitors, with a view to that being paid back.”

Bernice Campbell, prosecuting, told the court the charity trustees found no records of payment for many customers who had rented out the venue when they looked at the accounts.

But when they pursued them for payment they discovered money had been handed over.

Rogers and an innocent colleague were questioned separately about the missing cash but she denied wrongdoing.

However, the gran was caught on the CCTV in early 2020 returning to her office when it was shut, disabling the alarm panel, and putting documents intended to help cover up her crimes in her desk drawer.

And she later broke down to police and confessed the crimes.

Ms Campbell said Rogers’ family had no idea about her fraudulent behaviour.

The defendant, of St Helens, originally told magistrates she would be able to pay back the money once she received inheritance from her mother, who is still alive.

However, she has now been able to access the money and has paid it to her lawyers, who said they were ready to pay it back to the court as instructed.

Jeremy Rawson, defending, said Rogers’ actions had started with the theft of small amounts of money but had “snowballed” into a much larger crime.

He said she expressed huge remorse and that the shame of her actions would continue to hang over her and her family.

Mr Rawson said: “She comes before the court full of remorse and guilt.

“It is a sad case in the sense that this is a woman who has had a fruitful life, a good family life.

“She is someone who had stayed away from trouble.”