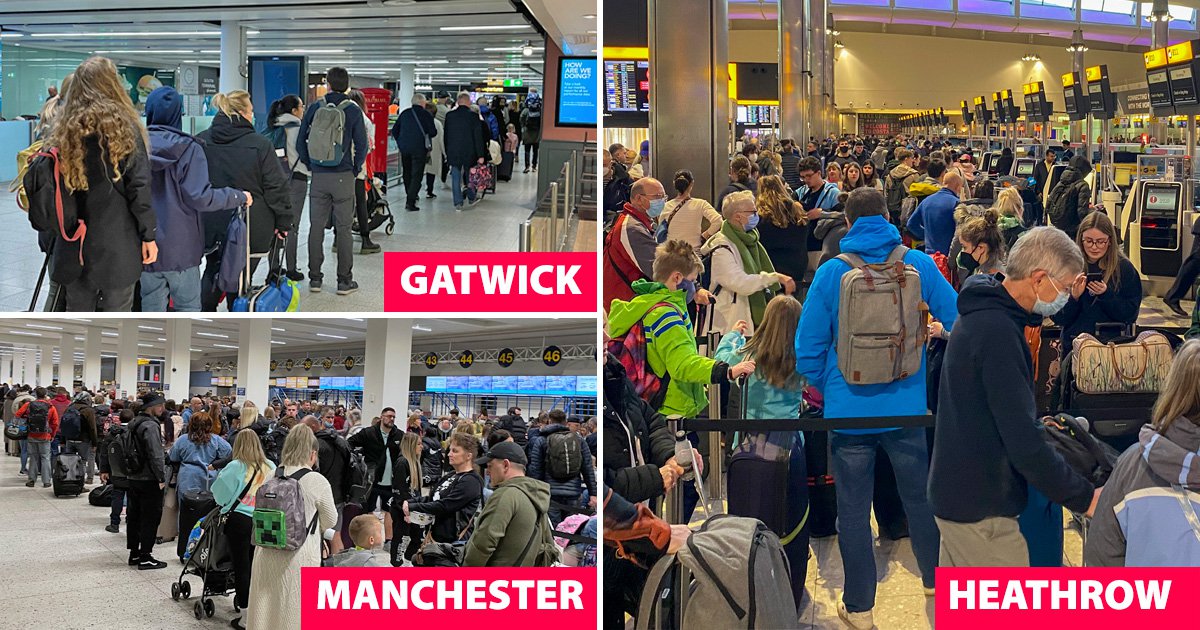 Queues at busy airports are starting to build ahead of what looks set to be a miserable weekend for UK holidaymakers.

With this year’s Easter getaway certain to be the busiest since the pandemic began, infrastructure is struggling to cope.

Airports and airlines are already stretched following thousands of job cuts rolled out when the industry was shuttered during lockdowns.

With infections at record levels across the UK, the industry is also struggling with a raft of sickness absences among crews.

Companies are attempting to rapidly backfill roles but lengthy security checks are necessary to work in British airports and are slowing down the process.

Heathrow, Gatwick and Birmingham have been impacted and the boss of Manchester Airport resigned after customers were left queuing for hours to get through security.

He admitted: ‘The simple fact is that we don’t currently have the number of staff we need to provide the level of service that our passengers deserve.’

British Airways and EasyJet have slashed hundreds of services in recent days, with more expected over the weekend.

The Civil Aviation Authority has directly criticised airlines for over-promising and under-delivering on the number of services it can reliably offer.

Earlier this week, chief executive Richard Moriarty told the industry it is ‘very important’ they set schedules ‘on a basis that is deliverable given available staff’.

Labour has urged the government to take urgent action to ensure smooth operations at the UK’s busiest airports.

Shadow transport secretary Louise Haigh said: ‘Brits are facing a week of travel disruption, and this Conservative government are missing in action.

‘Tory ministers need to step-up and act to ease the disruption. The government need to begin clearing the huge backlogs in security checks so airport staff can safely begin work.’

There are also long queues at Dover as operations at the border continue to be hit by the suspension of P&O.

The ferry operator was suspended after sacking 800 workers without notice and replacing them with cheaper agency staff.

With restrictions eased over the Easter school holidays for the first time in three years, roads around popular destinations are expected to be heavily congested this weekend and next.

The AA estimates that more than 27.6 million car journeys are planned between Good Friday and Easter Monday.

Some 13.6 million are expected on Good Friday alone, leading to fears of tailbacks on popular tourist routes.

‘With more than 27.6 million trips planned over the bank holiday weekend, we can expect significant congestion across the UK as people flock to coastal resorts and holiday homes.’