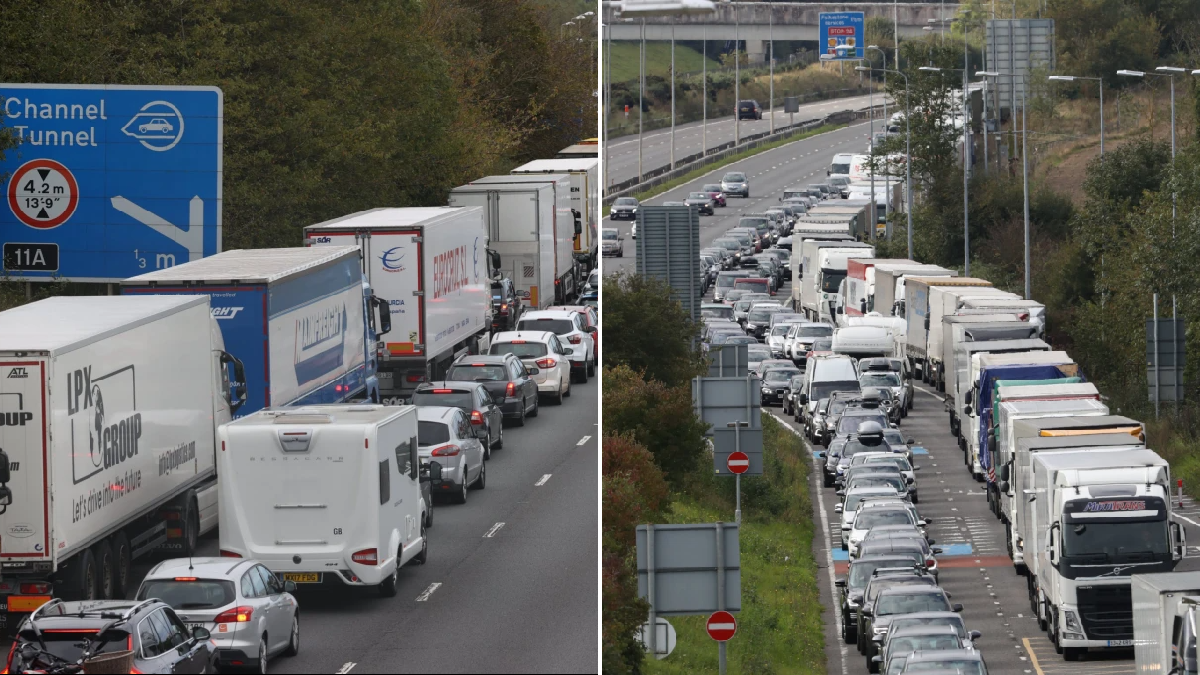 Frustrated motorists were forced to wait overnight at the Channel Tunnel terminal after a major electrical fault triggered severe delays.

Half-term holidaymakers and lorry drivers were stuck on the M20 near Folkstone, Kent, for several hours, and some are still facing a three hour wait this morning.

Eurotunnel has apologised for the delays and confirmed they had been caused by a ‘technical fault with the overhead power supply’.

It is thought the outage caused a train to break down inside the tunnel, which had to be evacuated.

People who were forced to spend the night in their cars have slammed the operator for its ‘disorganised’ and ‘chaotic’ handling of the situation.

One traveller tweeted that they had been waiting for 10 hours and were still waiting to board.

At around 6pm yesterday, Simon Moseley added: ‘We left premier travel inn channel tunnel at 9am…Still waiting to board!

‘Communication is ridiculous. No food. Ruined our holiday….we would have got the ferry if we knew it was going to be anywhere near this bad. ‘

Another added: ‘They told us 4 hour delay. Currently been here 9 hours. They did hand out some food parcels an hour or so ago.

‘Essentially a tin of cat food and a sachet of pureed baby food. Still, beggars can’t be choosers I suppose.’

Eurotunnel has said it will conduct an investigation into the ‘technical incident’, Mailonline reports.