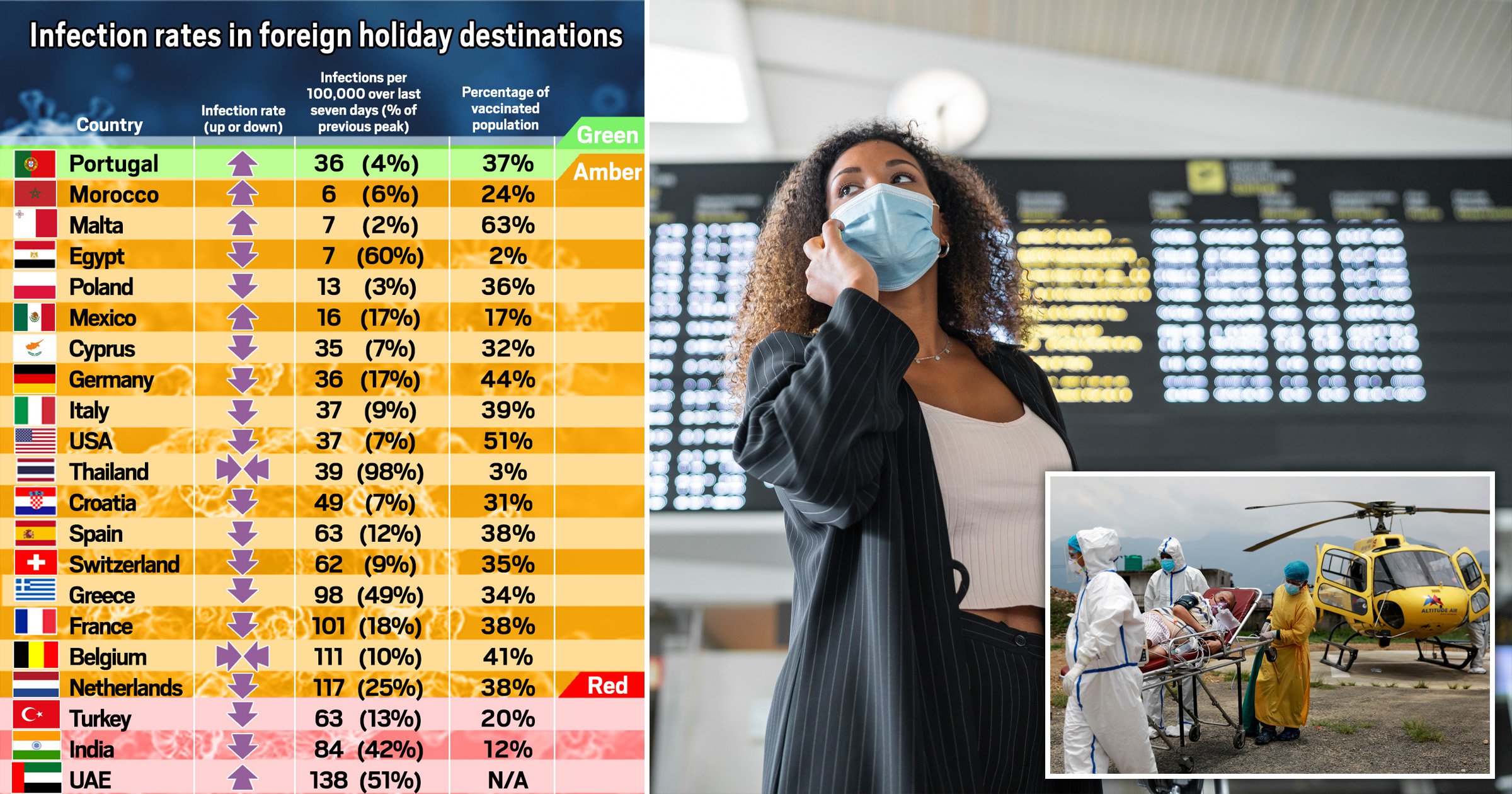 A new coronavirus variant which has apparently spread to Europe is feared to be putting holidays at risk.

Ministers have been warned by scientists about the new mutant strain, which is feared to be resistant to vaccines.

The new variant of Covid-19 is believed to have originated in Nepal, the Daily Mail reports.

But a member of the Government’s SAGE committee of experts thinks officials should not be overly concerned about the new strain.

He told the paper: ‘There are thousands of variants. This is a virus that is changing all the time.’

And Tory peer Baroness Ruby McGregor-Smith, chairperson of the Airport Operators’ Association, said: ‘How many more variants have we got to be worried about?

‘What matters is data and the success of our vaccination programme.’

It comes as the Government is today set to update its list of traffic light destinations – including its ‘green list’ of where travellers can visit without having to quarantine.

Whitehall has warned additions to the ‘green list’ will be ‘extremely limited’ due to the slower rollout of vaccines across Europe and concerns over the Nepal strain.

There are even fears Portugal may lose its green status today if the new variant has been detected there.

Scientists from the Joint Biosecurity Centre are reportedly worried about the rising number of cases in the country and the emergence of further mutations of the virus.

Portugal was one of 12 countries and territories to be rated green just three weeks ago, and is the only typical holiday hotspot for Brits on the list.

If it is taken off, holidays to the Continent could be severely restricted until at least August, which would be a huge blow for the travel industry.

Already struggling severely through the pandemic, industry leaders have warned more than a million jobs are at risk if most of the summer season is lost.

News of the new variant comes after a new ‘hybrid’ strain of the virus has been reported in Vietnam.

It is thought to be more transmissible and appears to be causing a spike in cases across the country. Flights into the country have been suspended from some airports and Covid-19 restrictions are having to be tightened.