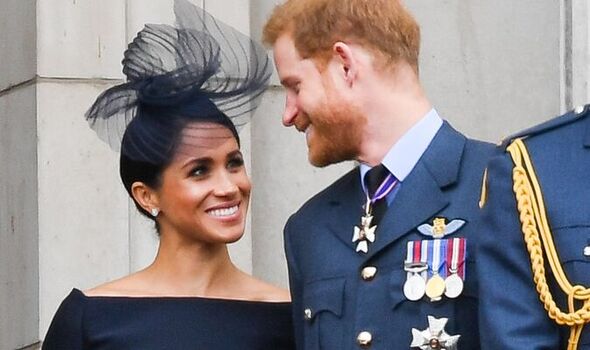 A senior studio executive believes Prince Harry and Meghan now face a “near impossible” battle to succeed as media moguls after one of their two planned shows with Netflix was cancelled.

It comes as a Sunday Express poll today reveals eight out of 10 British people support the Queen’s Buckingham Palace balcony ban on the couple at the launch of her Platinum Jubilee celebrations.

The crushing result comes a week after another poll showed 74 percent believe they should both be stripped of all royal titles and follows the axing of their planned cartoon series Pearl as part of major cutbacks at Netflix.

The production chief added: “The Netflix cuts will be followed by every other studio as we enter a recession, so they are highly unlikely to find other buyers for their projects.They have to do something to grab a huge audience and prove to Netflix they were worth the investment – otherwise they are likely to find themselves being quickly frozen out.”

The only project from Harry and Meghan’s production company Archewell that will definitely air on Netflix – with whom they have a £75million deal – is the documentary series Heart of Invictus.

Royal author Tina Brown believes the couple “completely underestimated” how hard life would be in Hollywood without the backing of his family. “The Palace has amazing power and all of that is gone.”

In our exclusive poll, UK market researchersTechne asked 1,634 people: “Is the Queen right to exclude Harry and Meghan and their children from the Buckingham Palace balcony?” Some 80 percent said yes, 14 percent said no and six percent registered as “don’t know”.

It suggests the couple are growing even less popular amid fears his book later this year could tarnish the Queen’s festivities with further damaging “truth bombs”.