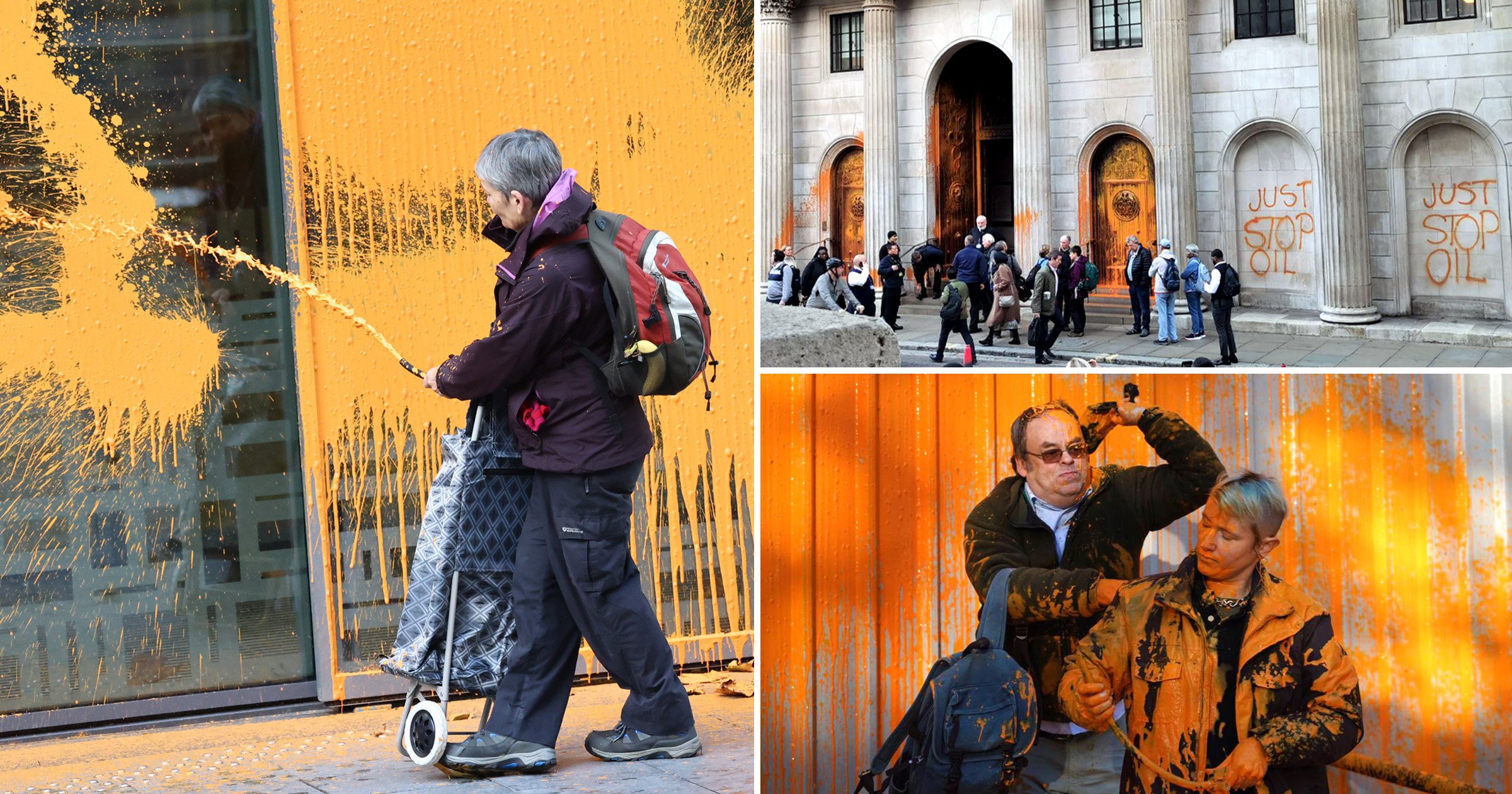 Eco-protestors have sprayed the Home Office with orange paint from fire extinguishers.

The demonstrators have targeted the government buildings in central London this morning.

Just Stop Oil said six protestors sprayed paint onto the Home Office, the MI5 building, the Bank of England and the headquarters of News Corp at London Bridge just before 8.30am.

A spokesperson said: ‘They are demanding that the Government halts all new oil and gas consents and licences.

‘The buildings were chosen to represent the four pillars that support and maintain the power of the fossil fuel economy — government, security, finance and media.

They added: ‘We are not prepared to stand by and watch while everything we love is destroyed, while vulnerable people go hungry and fossil fuel companies and the rich profit from our misery.

‘The era of fossil fuels should be long gone, but the creeping tentacles of fossil fuel interests continue to corrupt our politics, government and media as they have for decades.

‘How else do you explain a government ignoring sensible no-brainer policies like renewables, insulation and public transport, which would cut our energy bills and our carbon emissions, in favour of corrupt schemes to drill for uneconomic oil and gas at taxpayers’ expense?

ð§¯ At 8:30am today, 6 Just Stop Oil supporters sprayed orange paint from fire extinguishers onto the Home Office, the MI5 building, the Bank of England and the headquarters of News Corp at London Bridge.

We are acting to stop new oil and gas because it is the right thing to do. As humans, we have every right to protect ourselves and those we love.

‘The Government has the power to end the disruption today by agreeing to stop new oil and gas.’

It comes on the final day of protests across the capital from the group who have targeted sites in London since the start of October.

The protests form part of a wider demand for the British Government to halt all new oil and gas licences and consents.

Since their latest campaign began on April 1, Just Stop Oil supporters have been arrested 1,900 times, with seven supporters currently in prison.

The stunt came just a day after campaigners in Germany covered a £96m Monet painting with mashed potato.