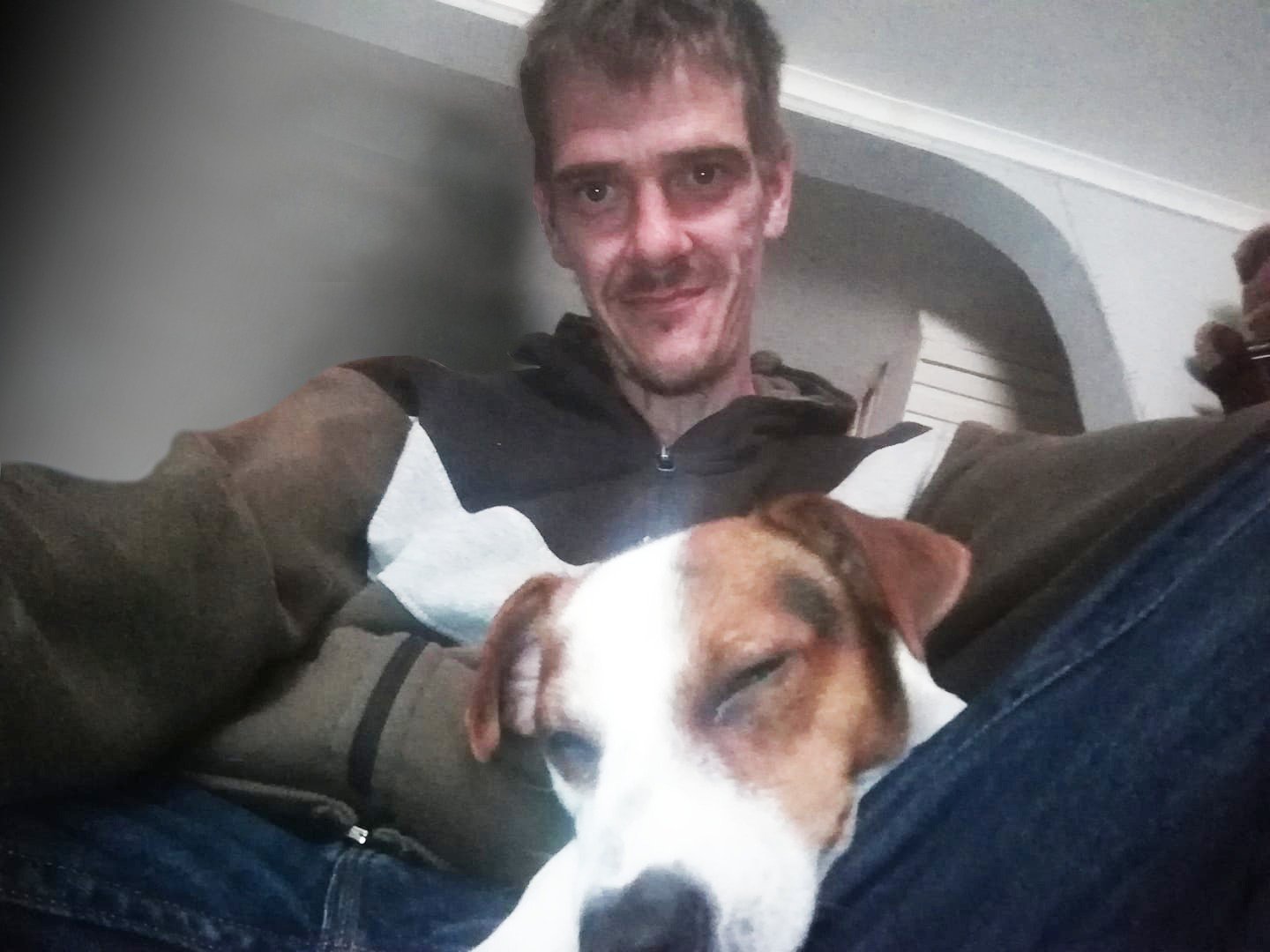 A homeless man allegedly denied accommodation after he refused to separate from his dog was found dead on the pavement outside a Costa Coffee store, an inquest has heard.

Johnathan Ellerington’s beloved Jack Russell Teddy was by his side when his body was found on Ferensway in Hull.

The rough sleeper’s cause of death was heroin toxicity, a brief hearing at Hull Coroner’s Court was told on Tuesday.

Tributes poured in for Jon from friends, family and members of the public after he died while facing freezing temperatures on December 18 last year.

Just a week before his death, a concerned woman had called around in an attempt to ensure he had a warm place to stay.

Sophia Jama claimed she was told there was no accommodation available because Jon was with Teddy when she contacted Hull City Council and homeless charity Emmaus.

But Hull City Council has since said that provisions are available for homeless people with pets, while Emmaus has also issued a statement saying staff believed Jon had access to housing before the tragedy.

Sophia said she stopped to speak to Jon after spotting him with Teddy on Friday, December 10.

‘I have been brought up to chat with rough sleepers and treat them as human beings’, she told Hull Live.

‘He had this tiny dog, like a Jack Russell. He had a bad leg and he was freezing but he told me he could not get in anywhere because of his dog.

‘I didn’t think this was right so I called the council’s emergency number but they confirmed to me they could not find anywhere for him because of his pet.’

She continued: ‘A man from Hull BID told me they know the guy but didn’t realise he was back sleeping rough.

‘He said he would try and help the man while I also contacted Emmaus who said they would try to find accommodation for him too.

‘Emmaus said they knew the man who was already on a waiting list for accommodation. They are an amazing organisation who go out in all conditions throughout the year to help the homeless.’

It is believed Jon was a former Hull College student who had worked at Wren Kitchens.

Teddy has since been taken in by members of his family. A fundraiser to help with funeral costs raised £1,670.

A council spokeswoman said: ‘We were sorry to hear about Jon’s death and offer our condolences to his family.

‘’We always encourage people who are homeless or are at risk of homelessness to engage with us early as we have a range of options available, including provision for people with pets. However, whether or not people seek or accept our services is a personal choice.’

A spokesman for the Emmaus homeless charity has claimed that its own investigation had found Jon was not rough sleeping.

‘Emmaus has been providing an outreach service to Hull and East Riding councils for the last five years’, they said.

‘We conduct investigations across both Hull and East Riding and we have not found this individual to be street sleeping.

‘We work hard to support all individuals off the street and would encourage anyone with information about people sleeping rough to contact us on 0800 066 2169 or by downloading our app.’

The inquest has now been adjourned with a full hearing due to take place at a later, currently unconfirmed, date.