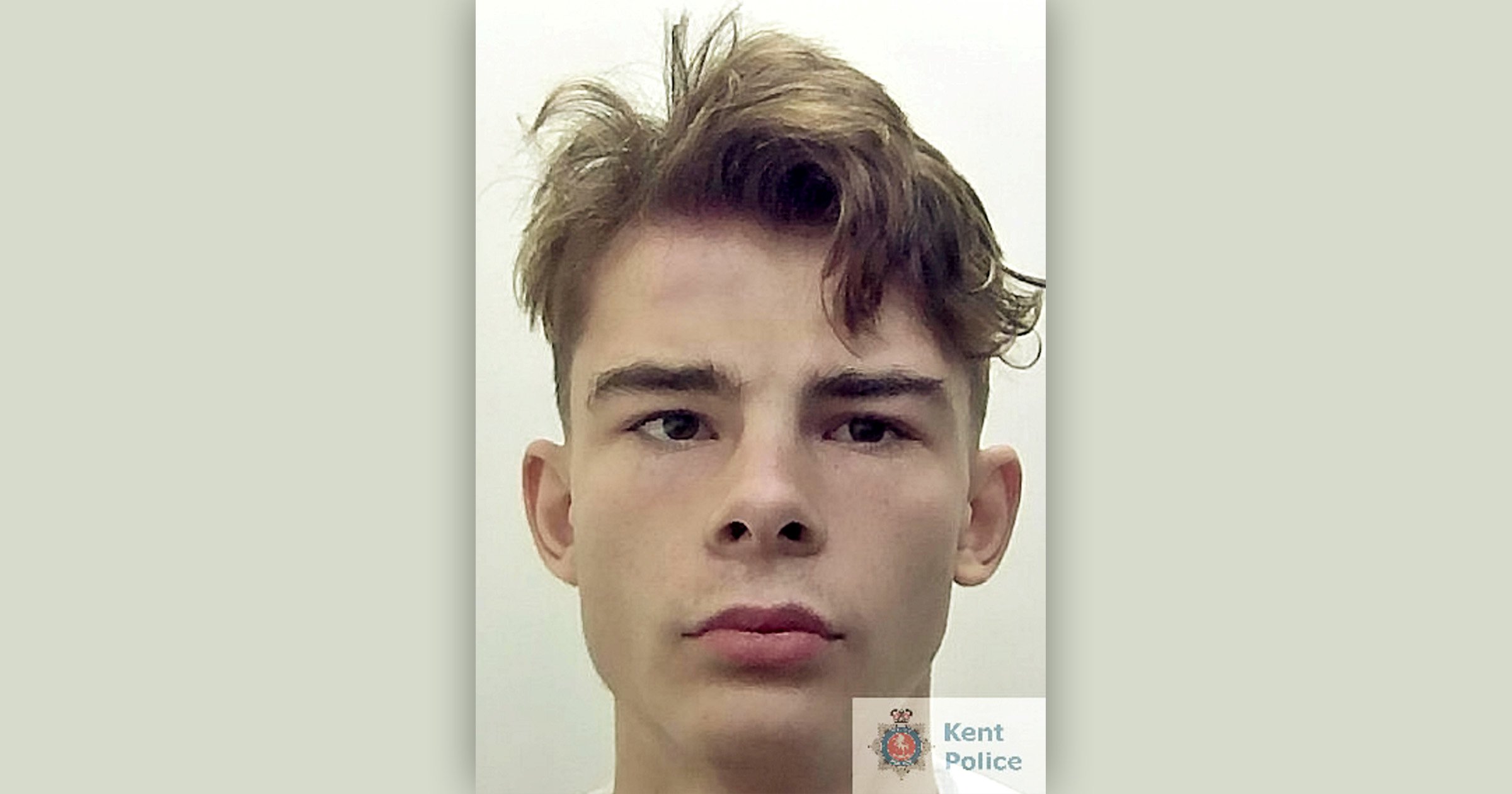 A teenager jailed for a homophobic attack can finally be named after reporting restrictions were lifted.

Jack Green, 16, stabbed Megan Murphy in the chest during a confrontation in the early hours of October 23 in Canterbury, Kent.

Green’s gang and Megan’s friends met in a pizza shop and initially the groups were getting along fine.

But then Green discovered that one of the group he was talking to – Lewis Eaves – was bisexual and he became confrontational.

Megan’s group left the takeaway but Green, who had been drinking, and his cohort followed them.

The latter group smashed up a phone box and armed themselves with makeshift weapons to carry out an attack while Green shouted homophobic abuse at Lewis.

Security footage shows the groups in a two-minute stand off and Green could be heard shouting ‘she’s feisty’ and ‘she’s dead’.

The confrontation went off-camera but Megan could be heard screaming when Green took a curved blade from his right pocket, raised it over his head and stabbed her violently in the chest as she tried to protect herself.

Lewis described the assault by Green – who has a previous conviction for affray after chasing two women and vandalising their car – as ‘animalistic rage’.

Although it missed her vital organs, the two inch blade left scarring and she continues to suffer complications.

Megan showed her scar to judge Recorder Matthew McDonagh as she told him that the assault had destroyed her life.

She said: ‘Regularly I wake up in the middle of the night replaying the attack. It has absolutely scarred me for life – I am a shadow of my former self.’

Green has now been handed a four-year prison sentence at a young offenders’ institution.

He wrote a letter of apology to Megan and said the attack would not have happened had he not drunk cider and wine.

His lawyer Paul Jackson said Green was ‘deeply upset as to the pain he had caused’.