Teenager Jack Simpson from Bradford was filmed in a blue van driving at perilous speeds as police chased the suspect down a number of roads in West Yorkshire. The police followed Simpson down several small town roads before losing him at a roundabout after he took an unexpected right turn into oncoming traffic. The teenage suspect then headed onto the M606, heading in the wrong direction, eventually causing the deaths of three people from dangerous driving. Police can be heard shouting “wrong way, he’s gone the wrong way” as Simpson disappears out of sight.

Simspon was sentenced to six years, three in custody and three on licence, after admitting to the fatal offence.

Simpson,16, was driving a van the wrong way down the M606 on June 13 when he collided head-on with a taxi.

Simpson, who admitted causing death by dangerous driving, was sent to a young offenders institute by Bradford Crown Court. 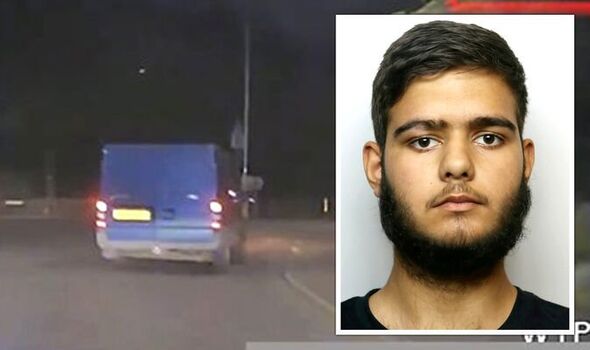 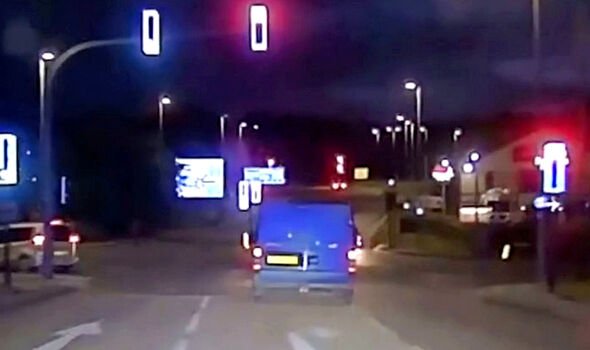 Speaking after the sentencing, Detective Inspector Paul Conroy described the incident as an “awful road traffic collision” and offered his condolences to the families affected.

He said: “This has been a tragic incident on our roads and we welcome Simpson admitting causing death by dangerous driving and facing the consequences of his actions.

“The recklessness of Simpson shows the deadly cost of dangerous driving, he has shown no regard for other road users or his passengers.” 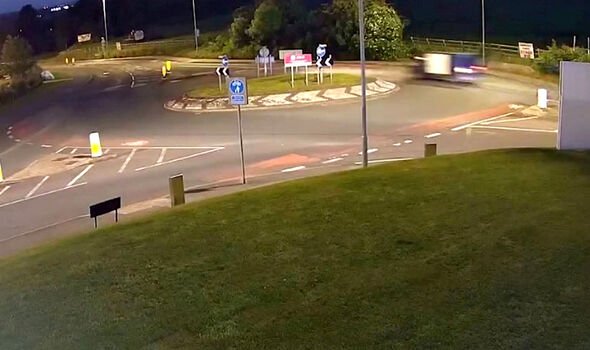 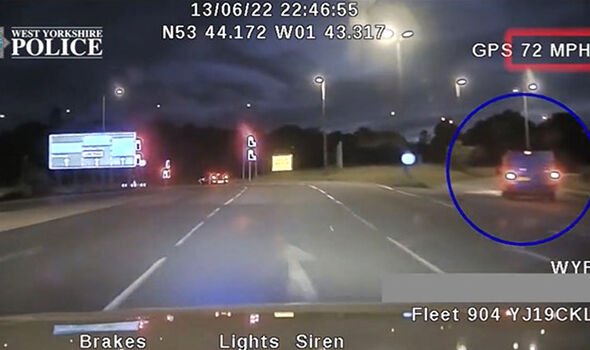 The mother of Simon McHugh, the passenger in the taxi who was killed as a result of Simpson’s dangerous driving, said she would “never get over” the loss of her son.

Mrs McHugh said: “He was a friend as well as my youngest son. I hope that with this sentence when [Simpson] comes out in three years’ time on licence, or whatever, that he would have changed his life around and will not go out causing mayhem again.”

Ms McHugh added that she had some sympathy for the young Simpson but felt the length of the sentence ill-reflected the extent of damage caused by the offender. 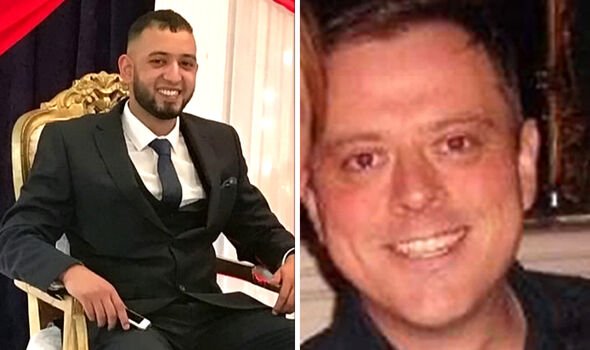 Passing sentence Judge Richard Mansell QC said: “Nothing I can do by way of sentence can possibly compensate the family and friends of these three men who tragically lost their lives as a result of your senseless driving.”

He added that he had lifted the ban on identifying the teenager to “send a clear message of deterrence to the people of Bradford, particularly the youth, in the hope it will serve to reduce the number of incidents of appalling driving”.

Peter Moulson QC, representing Simpson, said the teenager “genuinely regrets his actions and feels guilt and remorse, but struggles to verbalise this”.

Less than a fortnight after the crash, the maximum jail term for causing death by dangerous driving was increased from 14 years to a possible life sentence.