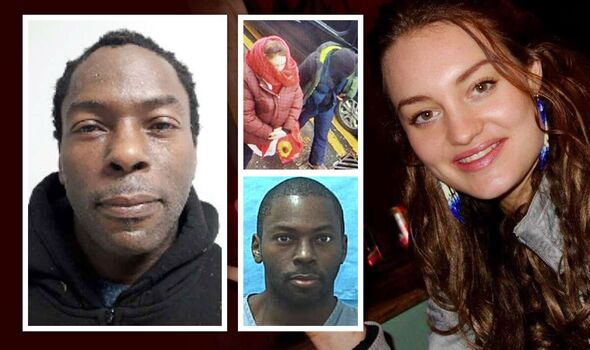 A man missing with aristocrat and their baby daughter is a convicted sex offender who was jailed for 20 years in the United States for taking his neighbour hostage and raping her in a horrific attack when he was 14-years-old. A huge search is underway for Constance Marten, 35, who has been missing with her convicted sex offender partner Mark Gordon for 13 days having been last sighted on CCTV in London on January 7.

Now it has emerged Gordon took his neighbour hostage when he was just 14 and attacked her with garden shears, according to US court records seen by the Daily Mail.

It’s reported in April of that year Gordon attacked a neighbour, held her hostage and sexually assaulted and raped her during a four-and-a-half-hour ordeal. The woman’s two young children were said to be sleeping in a room nearby.

US court records said Gordon broke in through a bathroom window armed with garden shears and a kitchen knife before attacking the woman.

The Mail Online reported the documents to say: “The suspect was armed with a kitchen knife as well as a pair of hedge clippers and after the victim came out of her bedroom to investigate the dogs barking, came across the suspect lurking just outside her bedroom door.

“The victim was held for a period of approximately four-and-a-half hours against her will by the armed intruder.”

Gordon is said to have spent six weeks on the run, during which he attacked a man with a shovel, before he was arrested and tried as an adult and sentenced to 20 years in prison.

Gordon’s mother has claimed her son is a “good boy” and that he has secretly married Ms Marten, who is from an aristocratic family, saying she “does not know what all this is about”.

His mother Sylvia, aged 83, told the Mail Online: “I am very concerned. I love my son. He is a good boy so I don’t know what this is all about.”

A friend of Ms Marten, who met her while she was studying abroad in Egypt, issued an appeal for her to come forward and get in touch with the authorities and her loved ones.

Noisette Tahoun said Ms Marten “started being distant from everyone” in 2016 when she met Gordon and stopped replying to messages, even from her family. She said: “She seemed fine when I visited her in the UK, and then she would message me saying we needed to catch up and find the right time.

“But when she got with her recent partner, she started being distant from everyone and not replying to any messages. I spoke to her sister to check if she was okay, but she wasn’t hearing back from her either.”

Noisette told The Mirror: “Constance is a magnificent person and just awesome, very kind and fun to be around. She’s spontaneous and the life of the party. I really wish to know anything about her and how she’s doing.”

On Thursday, Constance’s father Napier Marten issued a plea for his daughter to find the courage to contact the police. In a recording for the Independent, he said: “I beseech you to find a way to turn yourself and your wee one in to the police as soon as possible, so you and he or she can be protected.

Metropolitan Police officers searching for the couple said they had a substantial amount of cash on them from a multi-million trust fund that permits them to live off-grid.

Police are worried for the newborn and say neither Ms Marten nor the baby have had medical attention since the birth.