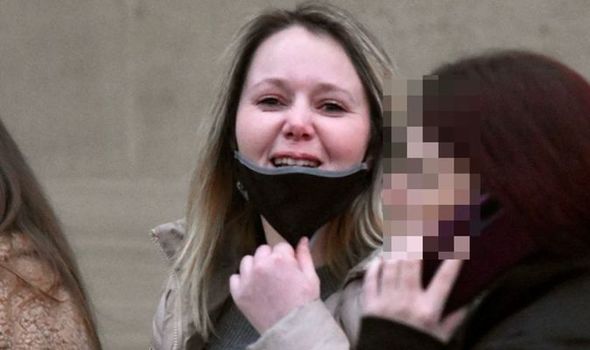 Kayleigh Benson, 28, of Junella Close, Hull, contacted animal charity PDSA after her American Bulldog type dog, called Lexi, died and asked for a postmortem. However, a court heard that when the animal was examined by a vet she was found to be emaciated and covered in her own mess.

RSPCA prosecutor Phil Brown told the court that Benson contacted PDSA on December 22 2019 after her dog had died.

She took Lexi to the charity’s pet hospital and requested a postmortem to find out the cause of death.

A male accompanied Benson and he instructed staff to not unwrap the dog from her blanket as she “was in a really bad state”.

When Lexi was examined by a vet, they found she was covered in urine and faeces.

Mr Brown said: “It had very little fat and no muscle.

“The whole of her side was covered in faeces, suggesting she was living in faeces before her death.”

The postmortem showed her bones were breaking down, which Mr Brown said was a result of an extended period of starvation after the body no longer has muscle or fat for energy.

Multiple organs were found without required fat and Lexi also had a plastic bag in her large intestines.

Mr Brown added: “It had no underlying diseases to have caused this, it was due to a lack of nutrition.

“This was an animal in severe hunger, pain and mental suffering. It was suffering for many weeks.

“This chronic period of suffering could have been easily avoided.”

Emma Johnson, mitigating, told the court Benson was devastated at what happened.

Ms Johnson said Benson was facing “the worst time of her life” after losing her father which distracted her from caring for Lexi.

Benson was handed a 12-week suspended sentence, 25 days of rehab and disqualified her from owning a dog for the next 10 years.

She was also ordered to pay £478, which will be deducted from her benefits payout.