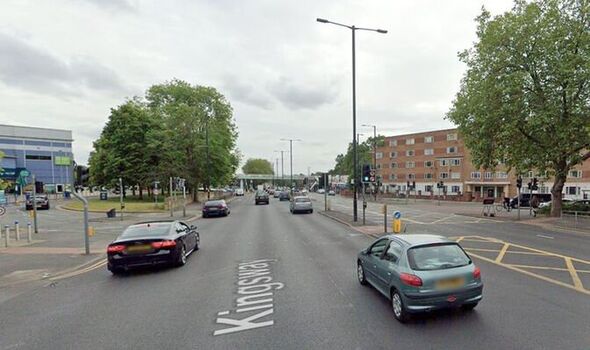 The woman was hit by the vehicle in the early hours of February 20 along with another pedestrian. A driver, who had been caught by authorities for speeding on the motorway, crashed into the two unsuspecting victims during a following police chase.

The woman, 71, was pronounced dead at the scene despite efforts to revive her by paramedics.

She died near where she was struck on Kingsway (A34), near Parrs Wood in south Manchester.

The other pedestrian, a 64-year-old man, was injured in the crash.

He was taken to hospital and is believed to be in critical condition.

The driver of the vehicle had been speeding on the M60 motorway, and police followed in an attempt to apprehend the driver.

Authorities then tried to stop the car by deploying emergency equipment on Stockport Road.

But the driver barrelled on towards the Kingsway and Wilmslow Road junction, before colliding with the two pedestrians.