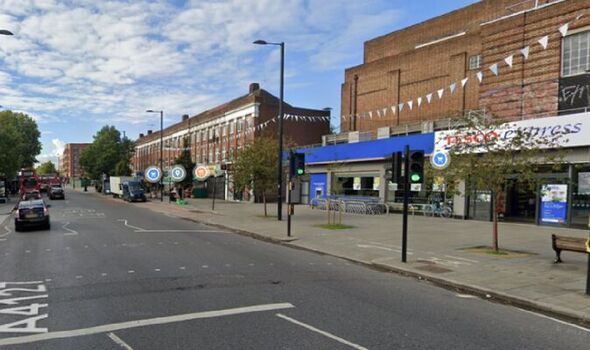 A woman has died after being hit by a lorry outside a Tesco Express. On Friday in Ealing, West London, she was hit on the south side of Greenford Road near Locarno Road.

Police and the London Ambulance Service (LAS) rushed to the scene just after 2pm on October 28.

The woman died at the scene, and road closures were in place due to the incident.

Traffic queued from Locarno Road to Ruislip Road East and Greenford Road closed in both directions, according to traffic and travel website Inrix.

A London Ambulance Service spokesperson said: “We sent a number of resources to the scene, including an ambulance crew, two medics in fast response cars and an incident response officer.

“Sadly, despite the best efforts of our crews, a woman died at the scene.”

A spokesperson for the Met Police said: “Police were called shortly after 2pm on Friday, October 28 to reports of a collision involving a lorry and pedestrian on Greenford Road in Ealing.

“Officers and the London Ambulance Service attended. Despite their efforts, the female pedestrian was pronounced dead at the scene.

“Her family has been informed. Road closures are currently in place. There have been no arrests; enquiries into the circumstances continue.”