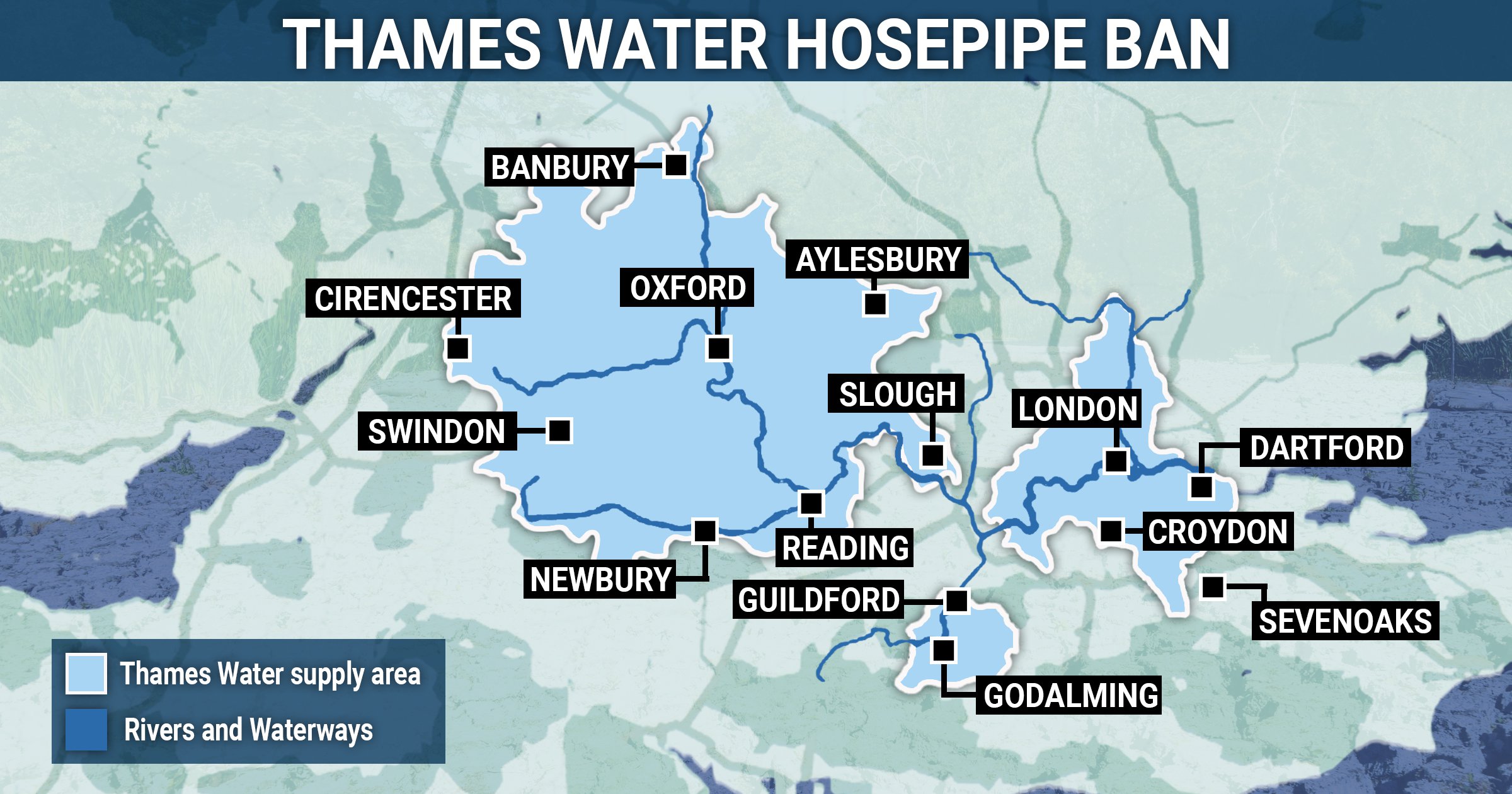 A hosepipe ban affecting 10 million people is unlikely to be lifted before the end of the year.

Thames Water, which introduced the temporary measure in August in the midst of the record-breaking heatwaves, says river levels are still lower than usual.

For weeks, households across London, the Thames Valley and the South East, have not been allowed to use hosepipes to water gardens, fill paddling pools, wash cars and windows.

The ban will remain in place until water levels recover and there is no set date for when it would officially end.

Andrew Tucker, Thames Water’s demand manager, said it is unlikely to be lifted until the new year.

He said: ‘We are still trying to recover from a really tough year that Mother Nature threw at us.

‘Ten of the last 12 months have been below average rainfall. We have had a little bit in September and we can see the grass is now greening up.

‘But an average September doesn’t make up for 10 months of dry and record heat.’

Meanwhile, Thames Water says it is working hard to fix leaks it is responsible for.

Over the next few days, flyers will be delivered to 3.5 million households in the South East this to encourage people to save water.

A spokesperson for the company said: ‘We want to thank our customers for helping us to save water since we introduced the temporary use ban last month.

‘However despite recent rain and our ongoing hosepipe ban there’s still much less water in our rivers than usual.

‘This year has been one of the driest on record, with ten of the last twelve months experiencing below average rainfall.

‘Our reservoir levels continue to remain below average and a lot more rain will need to fall to get our water levels back to normal.

‘Our hosepipe ban is still in place to make sure there’s enough water to go around.’