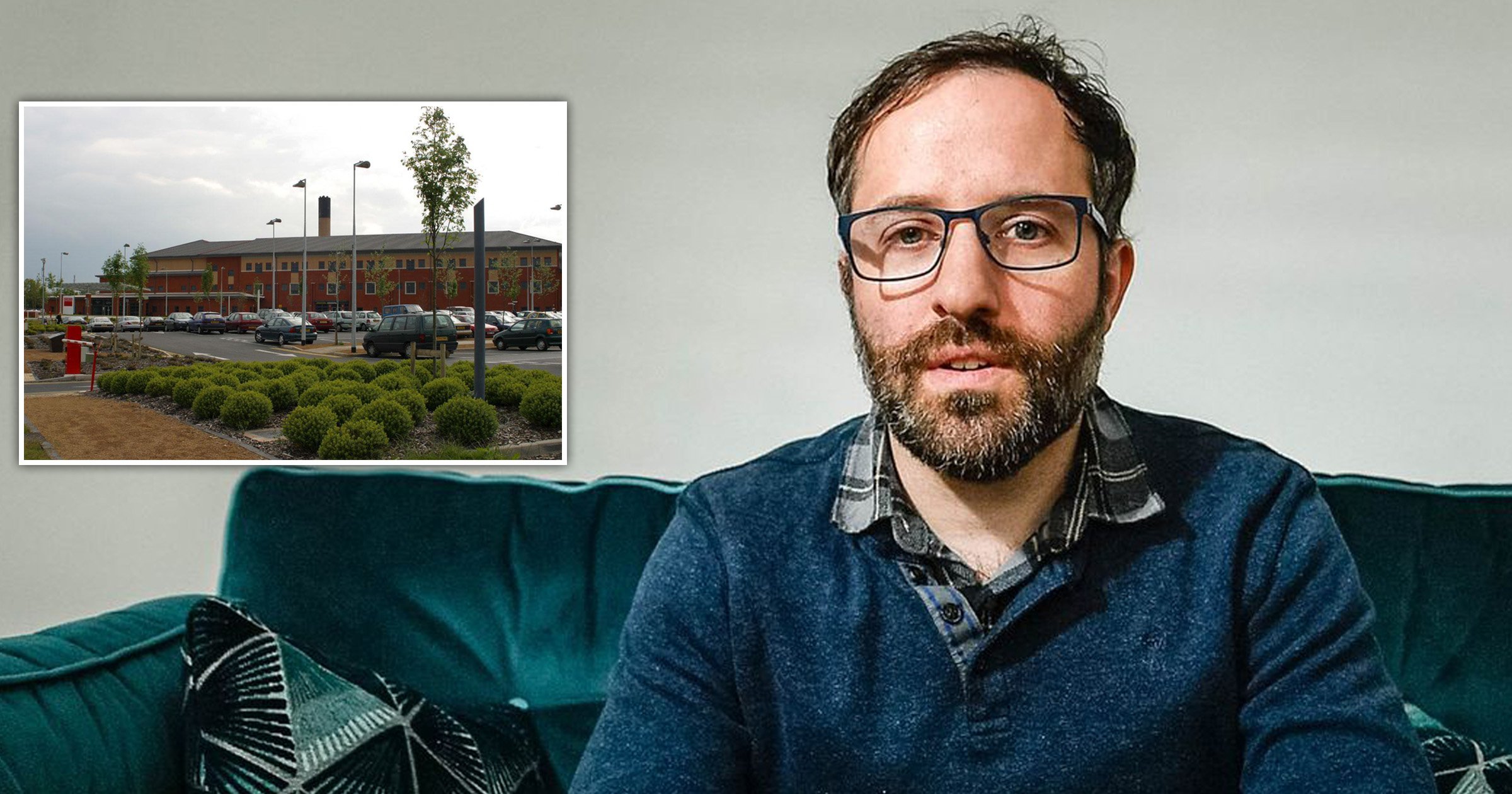 A hospital patient was fined £60 despite only staying a car park for 11 minutes while trying to work out how to pay.

James Murphy, who was in a hurry to get to his appointment for his Crohn’s disease, couldn’t find a space in the regular car park for Wythenshawe Hospital in Manchester.

He then managed to park in the adjacent Floats Road car park, but despite trying to pay with three different methods – contactless, by phone, and through an app – none of it worked, so he left and eventually found a space elsewhere.

Now the car park owners have refused to let him off the fine and even blamed him for not bringing cash with him.

They pointed out that he had been in the car park for one minute longer than the 10-minute limit to leave without paying.

Mr Murphy, 37, said he did not want to pay the fine as a matter of principle because the next time it happens it could affect someone more vulnerable who is using the hospital.

‘I think this is predatory behaviour and they’re expecting me to just pay up, which isn’t going to happen. I will be fighting it in court if I have to. I’ll basically embarrass them because I think it’s absolutely disgraceful.’

He added: ‘If I were vulnerable, I would probably stress to hell and it could cause further health problems, especially if someone has got a condition, so I think it is disgusting behaviour.

‘Especially now, during the cost of living crisis, £60 is a lifesaver for some people.’

Mr Murphy, from Bury, said he was late to his appointment because of the parking problems and had already been phoned by the hospital to check he was coming.

He didn’t have cash to hand, so initially looked for a contactless device, which the machine did not have. After this, he called a number displayed on the side of the machine.

‘I called them up, I gave them all the details, all the details appeared to be fine, and then it came through to payment. It was taking quite a while. I thought that everything had gone okay but then it said there was a problem,’ he said.

Mr Murphy tried calling the number a second time and was met with the same result, so then decided to install an app.

Drivers can pay via Ring Go at the car park, a popular way for people to park around the country.

But Mr Murphy said it was the first time he had used the app and after signing up and putting in his details, his payment failed.

‘I just thought “oh I’ve not got time for this I’m going to leave”, so that was after about 11 minutes, I left and went round the corner.’

Car park owners Vehicle Control Services said that if Mr Murphy had called their helpline, the outcome ‘could have been different’.

But Mr Murphy says he did not wish to spend longer on the phone because he was in ‘panic mode’ about losing his appointment.

‘I thought to myself, there’s no chance I’ll be charged for this,’ he added.

But a couple of weeks later, he received a letter telling him he needed to pay a £60 fine for his short stay.

He disputed it, showing them how he had tried to pay twice and eventually didn’t even park there.

But he received a second letter telling him his appeal had failed. It read: ‘The signs at the car park make it clear that a valid ticket must be purchased for all vehicles which park/enter the car park.’

The letter says Murphy can appeal the charge further. But if this is rejected, his fine will then increase to £100.

A representative for Vehicle Control Services Ltd said: ‘The Floats Road Car Park in Wythenshawe is operated by Automatic Number Plate Recognition cameras. Our signs on site clearly advise ‘after a vehicle has entered the car park a maximum of 10 minutes is allowed to purchase a valid ticket or make payment’.

‘Having reviewed Mr Murphy’s Connect Cashless account we have been able to confirm that it was his bank who had declined the transaction, most likely due to the new 3D Secure transaction requirements (an additional security protocol) introduced by banks around that time.

‘Had Mr Murphy rang our helpline number, as advertised on our signs, at the time he had difficulties the result could have been different.

‘It is not unreasonable for Mr Murphy to have considered bringing cash with him knowing he had a pre-planned appointment at a hospital and would need to make use of the chargeable car parks in close proximity.

‘This incident may serve to highlight to readers (motorists) the importance of contacting an operator’s helpline where they experience issues in purchasing the parking tariff.’