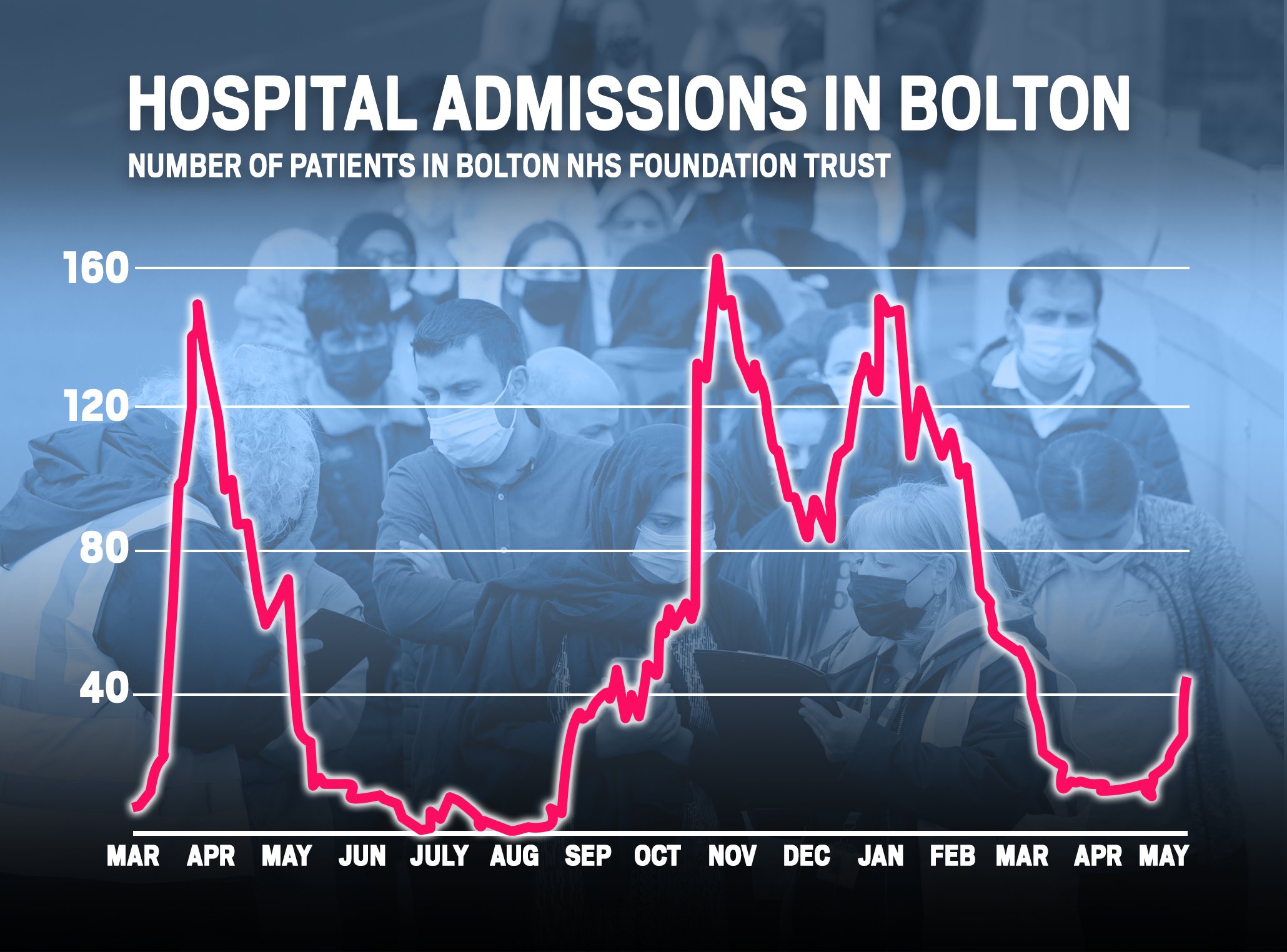 The number of people in hospital in Bolton with coronavirus has trebled in a fortnight to 43.

This compares to just 12 that were receiving care on May 10, sources told the Daily Mail.

The area near Manchester is a hotspot for the Covid variant first identified in India which is believed to be more infectious than previous strains.

Latest published data from Public Health England runs to May 18, and shows that there were then 24 people in hospital in Bolton NHS Foundation Trust.

Analysis by the Mirror found the 10 NHS trusts which had the highest number of Covid patients up to last week.

These are the NHS hospital trusts treating the most Covid patients

Data from May 20 shows that there were 908 patients in hospital across the UK.

Boris Johnson has said that the next stage of lockdown easing, on June 21, will depend on whether the spread of the virus remains under control.

There are fears that the Indian variant may delay the unlocking.

The Government has already advised against travelling in and out of eight areas in England where the Indian Covid variant is spreading – but seemingly hasn’t made an announcement to the public.

The information, which is advise rather than something legally binding, was shared online on Friday, but does not appear to have been accompanied by an official announcement.

People have been told to avoid travelling in and out of the regions unless their journey is essential, for example, if they’re going to work or a place of education.

‘I strongly oppose the Government’s attempt to introduce new measures by stealth and without consultation.’

Bolton South East Labour MP Yasmin Qureshi said her constituency has been ‘placed in a quasi-lockdown state’ and that the North West town is ‘frankly being treated with contempt by Westminster’.