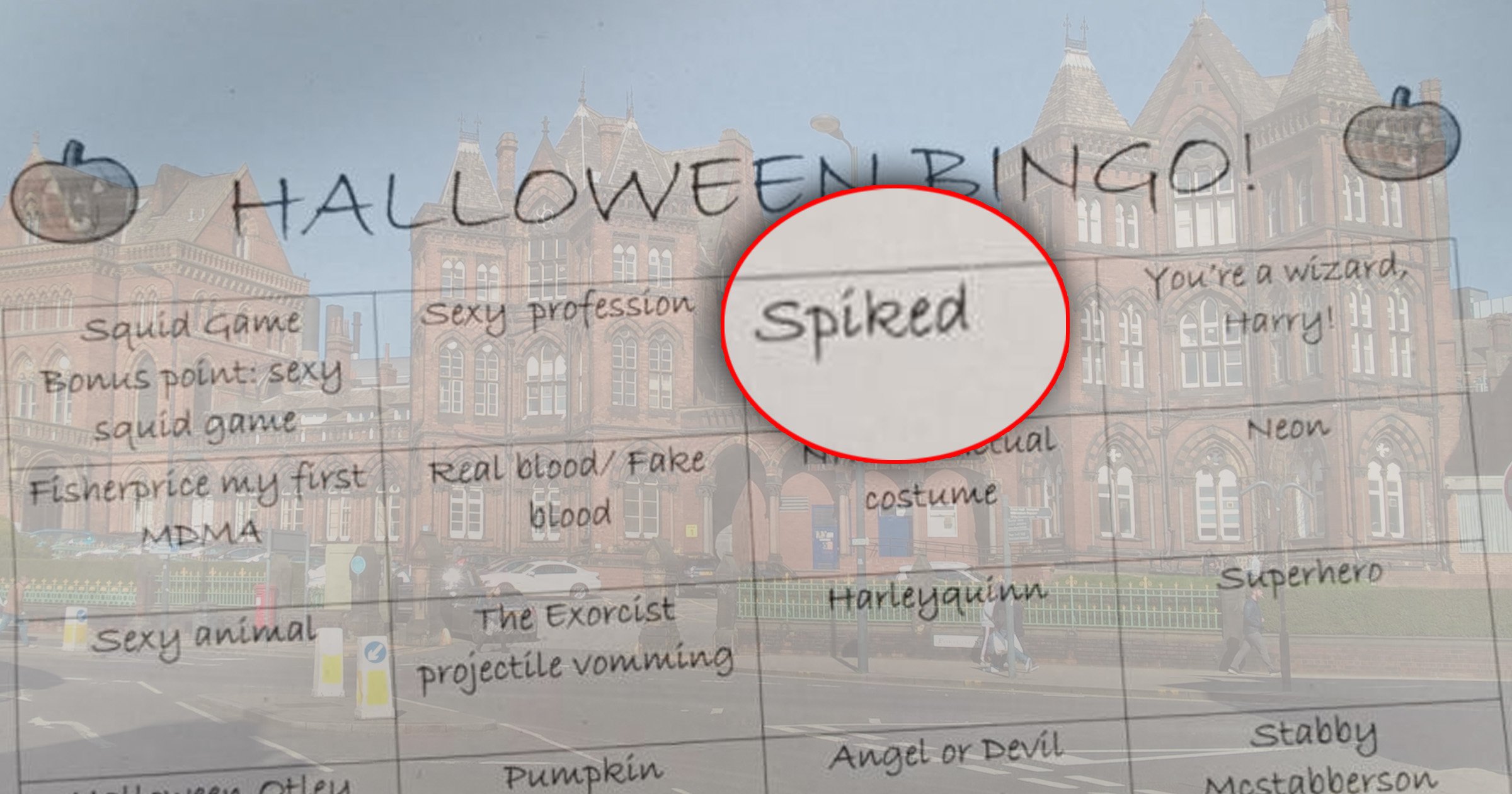 A top NHS nurse has apologised after staff were caught playing a ‘disgusting’ game of ‘Halloween bingo’ on a busy A&E ward.

Staff won points for spotting patients in several categories, including people who had been spiked – amid a surge of reports of women being drugged in bars and clubs.

Others shown on a printed piece of paper included ‘Stabby McStabberson’ and ‘NFA not actual costume’ – which is believed to refer to homeless patients.

Nurses at Leeds General Infirmary were also urged to keep an eye out for people dressed up as characters from the Netflix show ‘Squid Game’, with bonus points if the outfit was ‘sexy’.

An unnamed whistleblower who saw staff playing the sick game said they needed to be ‘held to account for this disgusting and unprofessional behaviour’.

The bingo card was spotted by friend of an A&E patient who made a formal complaint to Leeds General Infirmary.

Chief nurse Lisa Grant apologised for the offence caused and said ‘appropriate action’ will now be taken against those involved in playing the game.

The whistleblower said: ‘Unfortunately, I ended up in A&E at the Leeds General Infirmary over Halloween weekend.

‘I noticed that the staff were playing a game of “patient bingo”, where they scored points for seeing patients wearing certain Halloween costumes.

‘This would be bad enough by itself, but the bingo sheet awarded points for things like seeing “sexy” patients, and made light of homeless people and patients who may have been spiked.

‘I have complained to the hospital directly about this, but am waiting to hear back for a response. I think the hospital needs to be held to account for this disgusting and unprofessional behaviour.’

The whistleblower said the bingo sheet was visible to anybody entering the A&E department.

They added: ‘I guess it just felt really wrong and I was shocked that the staff would be making a joke out of things as serious as being shot or being spiked, especially since this has been a big problem recently.

‘I was also pretty disgusted that they made a joke about homeless people looking like they’re in Halloween costumes, as Leeds has a pretty big homeless problem.

‘These are the people we turn to when we’re in need, and they were openly mocking the people they’re supposed to be helping.’

Chief Nurse Lisa Grant said: ‘I apologise for the offence caused by this behaviour in our emergency department at Leeds General Infirmary.

‘We are extremely disappointed and dismayed that this has happened in one of our hospitals.

‘This is clearly unacceptable, and we are taking the appropriate action with those involved.

‘We are reminding all colleagues that such behaviours and activities have absolutely no place in our Trust.’

A security guard has been arrested after allegedly shooting dead his four young children and their grandmother in Southern California. Germarcus David, 29, was said…