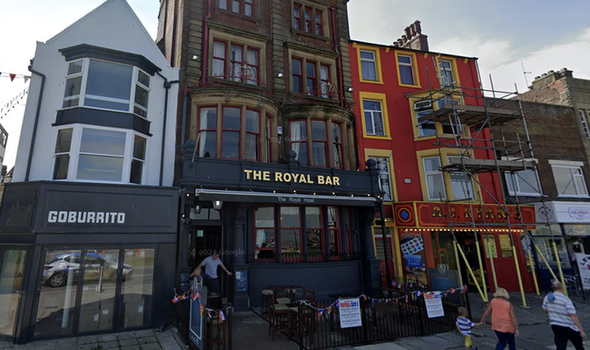 Reports held of those admitted to Royal Lancaster Infirmary, some have already been released.

The injuries from carbon monoxide are not believed to be life-threatening.

Kerri Smith, 45, said after the incident she and her extended family were staying across The Royal Bar & Hotel on Marine Road Central and The Crown further up the same road.

Ms Smith, from Manchester who works in Morecambe, told LancLive she saw two young boys and a young girl from her family collapse.

She then rushed to warn staff at the venue to take action.

She told the outlet: “My children and grandchildren were staying there and I went and got them out, and alerted staff to ring the fire brigade and get people out, as I suspected it was carbon monoxide because of the way they were dropping like dominoes.

“Half of my family are now in Lancaster hospital on Boxing Day.”

A spokesperson for Lancashire Fire & Rescue Service told LancsLive: “We were called to a reported carbon monoxide leak at a property on Marine Road Central in Morecambe at around 9.39am.

“We were first contacted by North West Ambulance Service.

“The ambulance service treated several people at the scene while our crews remained at the scene for around six hours working with Cadent Gas to make the property safe.

“A number of people were taken to hospital. The investigation has now been passed to Lancaster City Council.”

Express.co.uk has contacted The Royal Bar & Hotel for comment