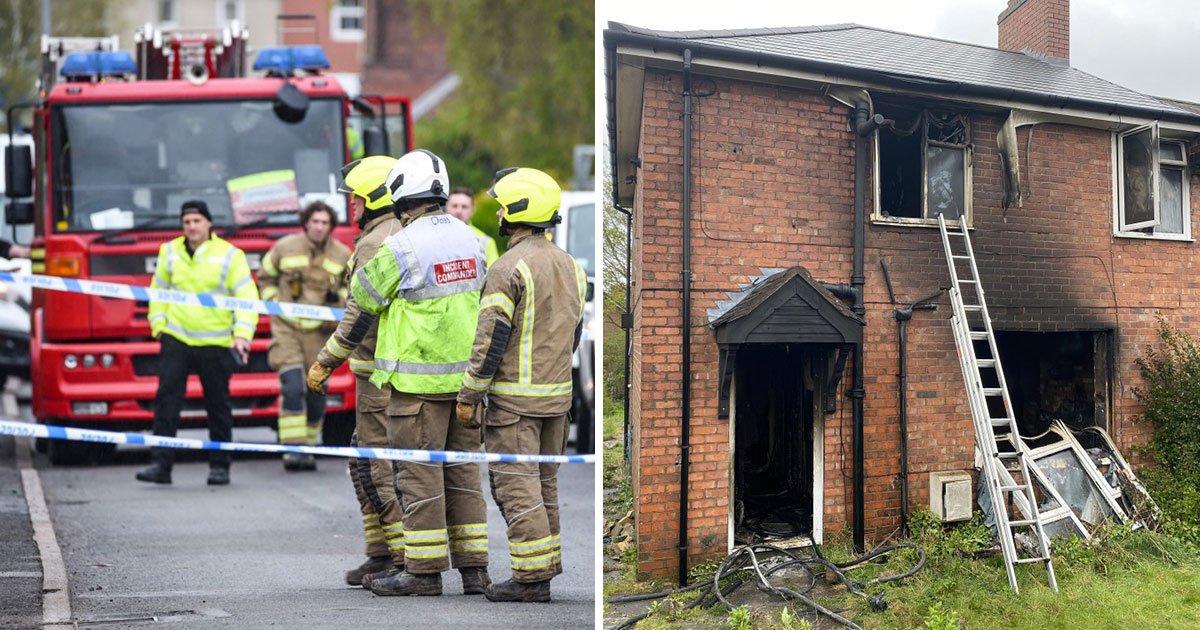 A 43-year-old woman has died and a teenage girl has been seriously hurt after a house fire in Dudley.

Police said officers were called to the blaze on Beacon Road, Sedgley, at around 3.45pm on Saturday.

Despite the efforts of emergency services, the woman was declared dead at the scene.

The girl, 16, remains in hospital with serious injuries.

A 49-year-old man was taken to hospital but was released a short while later after being checked over, the force said.

Flowers were today left outside the gutted house as neighbours told of their shock.

One said: ‘I came out of my house when I heard all the sirens and could see smoke billowing from the house.

‘The whole house was being destroyed by fire. You could see flames leaping from the windows.

‘It was terrifying. Other neighbours had brought a ladder to help the people inside get out.’

The circumstances surrounding the fire are being investigated by police.

Forensics officers and detectives were at the scene today.

Detective Inspector Carla Thompson said: ‘We are working closely with the fire service to determine what happened. I would urge anyone with information to get in touch.

‘Our thoughts are with the family of the woman at this difficult time, who are being supported by specialist officers.’