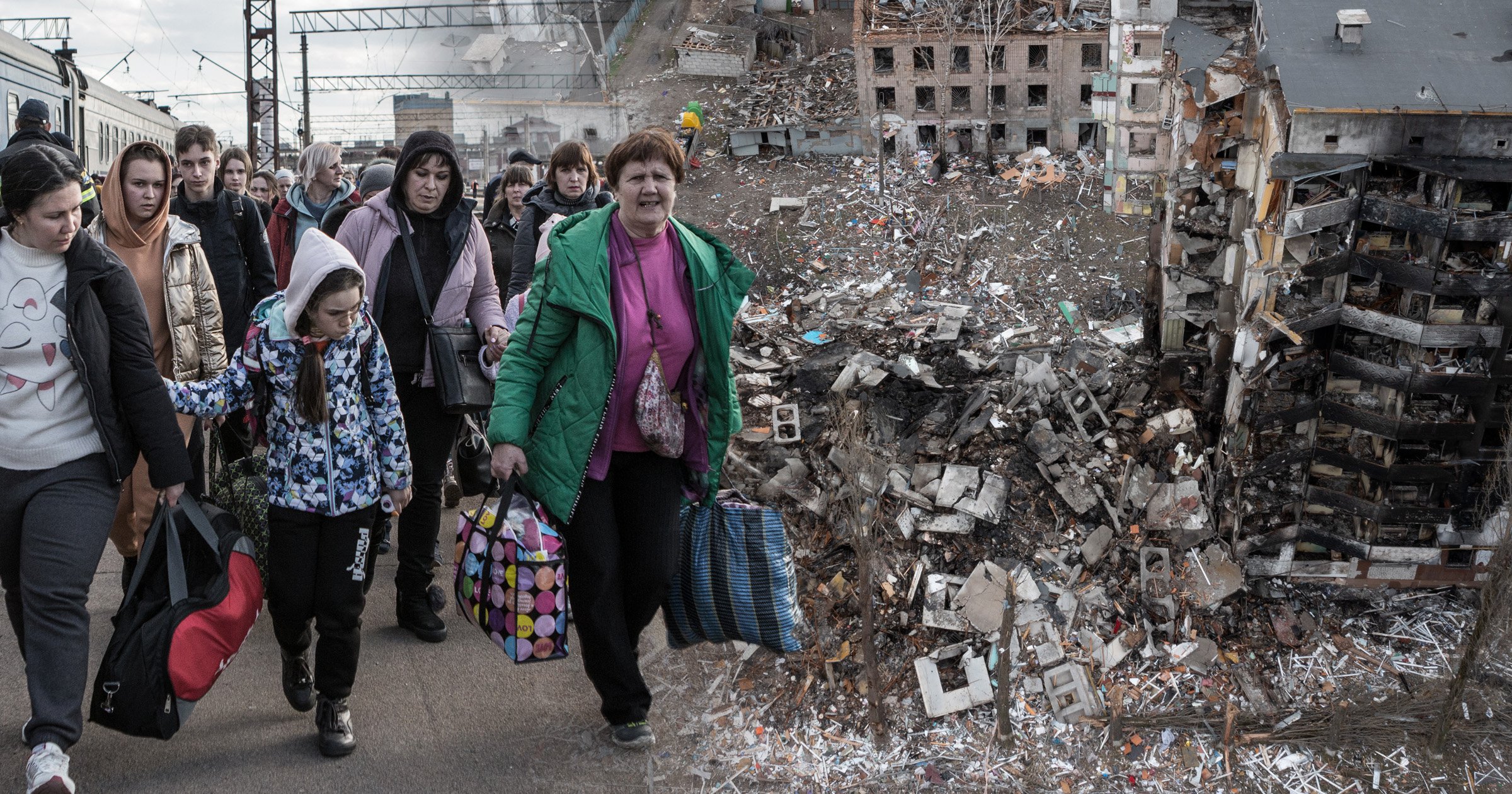 A housing group has been criticised for banning one of its tenants from hosting a Ukrainian refugee fleeing the war.

Louise Gamble had ‘all her ducks in a row’ for the arrival of a woman who had left Kyiv in the first days of Russia’s invasion, until she received an ‘intimidating’ letter from a property manager representing the company which owns her building.

Signed by Blundellsands Properties, it stated that taking in lodgers is not allowed, adding while her intentions are ‘laudable’ she cannot proceed.

‘Maybe the problem is that the person I want to house is Ukrainian,’ the 34-year-old told Metro.co.uk. ‘Legally, they are in their right, however, morally this is absolute trash.’

Like thousands of big-hearted Brits, Louise signed up to the Homes for Ukraine scheme as soon as it was launched.

A friend introduced her to the Ukrainian woman over Zoom and by March 27, Louise had submitted the lengthy visa application to the Home Office.

After gaining permission from her landlord to house a second person, she moved her possessions to the smaller office space, leaving the master bedroom for her guest.

He even told Louise ‘well done, I’m more than happy to help in any way I can’, so she thought she had done everything needed until the ‘threatening’ letter arrived.

When she moved in last August, Louise signed a short-hold tenancy agreement for her Liverpool through a letting agency, which she claims did not mention a third-party owner.

‘I really thought I had done everything, above and beyond,’ she said. ‘I have been working on this since March 14 and I am met with this.

‘I am not sure how I can even be of breach of a contract I have never seen or signed.

‘It’s just snobbery and xenophobia. I am not going to back down, I am going to host this person but I might have to move out.

‘When I first spoke to the woman I am hosting, I explained that this is a rental property, and I didn’t think it would be a problem.

‘I know I can’t go around making accusations and calling people bigots but that’s what I think has happened,’ she added.

Blundellsands Properties insisted their client Braunston Lease Management, which owns the building, has not objected to the flat being used to house a refugee but that the terms of the lease do not allow it.

Alongside the row with the housing company, Louise is still waiting to get an update from the Home Office on her guest’s visa three weeks after she applied.

Despite the huge delay, she does not want to chase the government because of all the problems she is facing with her flat.

Speaking about why she decided to offer her home to a complete stranger, Louise said: ‘Like a lot of people in Britain, I was horrified by the images from Ukraine.

‘I felt like I should really do something. I knew I could offer safe space in my flat, there is room around my dinner table and I have enough money.

‘Also, I thought I was in a stable living situation but now I’m not so sure if there are going to be any repercussions.

‘I have a friend who lived for six years in Ukraine, so they introduced me to this woman who left her home in Kyiv. She is my age. We spoke over Zoom a few times.’

Government advice on the Homes for Ukraine stated that any terms in a tenancy agreement that refer to not taking in lodgers or subtenants will also apply to the scheme.

A spokesperson for Blundellsands Properties said the lease rules apply to all flats in the building and are contained in the contract agreement between their client and the individual leaseholders.

They added: ‘The terms of the lease, as they currently stand, do not allow both Ms Gamble and a person not part of her household person to occupy the property at the same time.

‘If Ms Gamble wishes to share her home to a person that doesn’t form part of her household her landlord would need first contact our client to ensure this is done in a way that comply with the lease terms, current law, and legislation.’