A world-renowned hovercraft racer has died in a crash in Sweden. Daniel Newton, 42, from Romiley in Stockport, Greater Manchester, lost his life in a crash at the World Hovercraft Racing Championships. An inquest into the hovercraft engineer’s death has been opened and adjourned.

An avid enthusiast, Mr Newton had won praise on the world hovercraft racing circuit, participating in the highest category at world championship level.

His grieving family said in a statement: “Daniel was incredibly caring, mischievous, kind and loving.

“Adored by his family and friends, passionate about his work – he was a well respected, trusted, experienced professional.”

The statement continued: “He had been an active member of the Hovercraft Club of Great Britain for over 30 years, competing in events worldwide, and truly loved the sport. 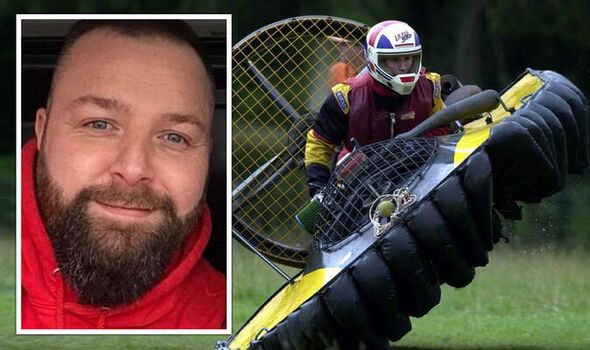 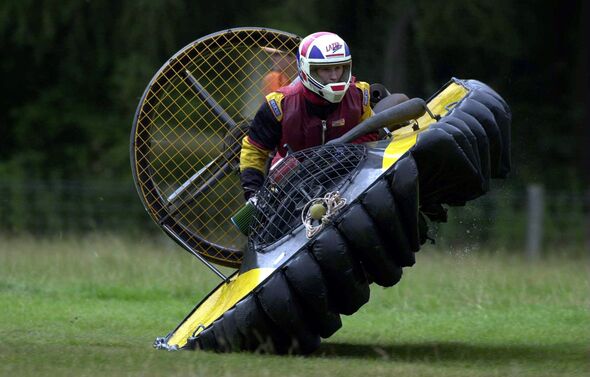 “He will be deeply missed by all who knew him, but his legacy will continue through his children and family.”

At the inquest opening, Stockton coroner’s court heard this year’s world championship in Flottsbro, near Stockholm, was due to be Mr Newton’s last.

The inquest heard Mr Newton, an off-shore wind turbine engineer, was widely expected to secure a podium place in the contest.

Coroner’s officer David Wood told the hearing Mr Newton had travelled to Sweden with his young son for the championship.

Such events involve eight laps over a land and lake course.

READ ABOUT KATE BEING HECKLED ON A VISIT TO NORTHERN IRELAND 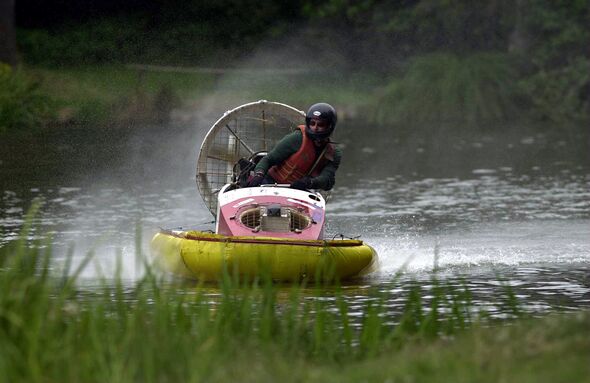 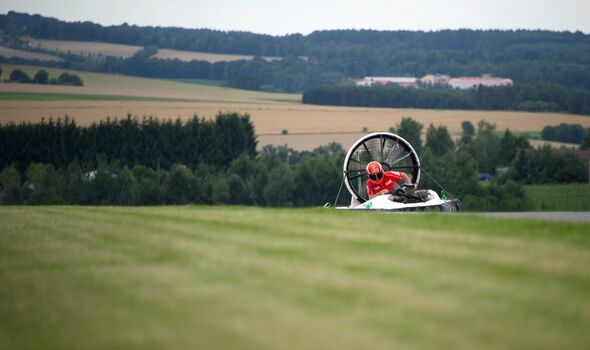 Mr Newton should have completed the race in eight to 11 minutes.

It is understood the crash happened during a qualifying heat, according to the Manchester Evening News.

Coastguards and lifeguards are also stationed on land and on the water.

Mr Newton’s hovercraft developed a problem on the day before the race, but as an accomplished engineer who also designed such crafts, he was able to fix the issue. 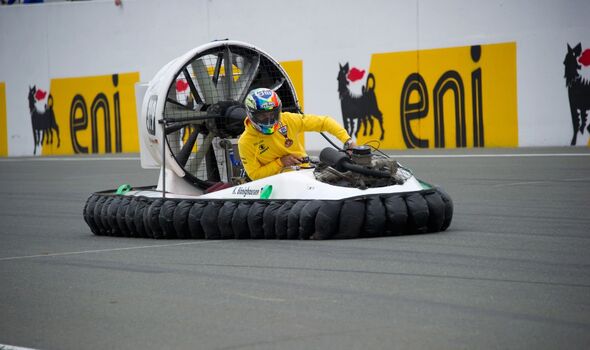 Assistant Coroner Lauren Costello was told the race was live-streamed around the world on September 2.

The inquest heard during the race Mr Newton’s hovercraft developed a mechanical problem.

He is said to have slowed down from 70mph and manoeuvred, but a competitor from Germany could not slow down and hit the side of Mr Newton’s hovercraft.

Mr Newton was thrown into the air before hitting the water in the collision. He was later confirmed dead at the scene after an air ambulance was scrambled.

Mr Wood said a post-mortem examination in Sweden gave a cause of death as extensive injuries. The inquest opening heard there are no concerns over criminality or about the first aid arrangements available on the day. Ms Costello set a provisional inquest date for March.

She also requested Foreign and Commonwealth Office reports as well as documents from investigations in Sweden ahead of the full hearing.

In a post on its website, the World Hovercraft Federation said: “It is with deep regret that we have to inform you that following a racing incident between two craft at our World Championships in Sweden Daniel Newton, number 21, was seriously injured and tragically lost his life.

“Unfortunately the efforts of our marshals and paramedics were to no avail. We ask the family are given space and privacy at this devastating time for them.”

Tony Drake, President of the World Hovercraft Federation, said Mr Newton’s family flew to Sweden in the aftermath. He wrote in a post on Facebook: “As you will know by now, our friend and racing colleague, Daniel Newton, sadly lost his life following a racing incident at our world championships in Sweden.

“Our thoughts are with his family at this tragic and sad time. It will be of some consolation to know Daniel did not suffer in any way. From an informal and provisional medical report, he was unconscious and pain free from the moment of the incident and passed away very shortly afterwards.

“Daniel was dearly loved and cared for by many communities – at work, his extensive group of friends, hover clubs around the world but first and foremost by his family.”

He added the World Hovercraft Federation would be investigating the accident together with the way the organisation responded to it.