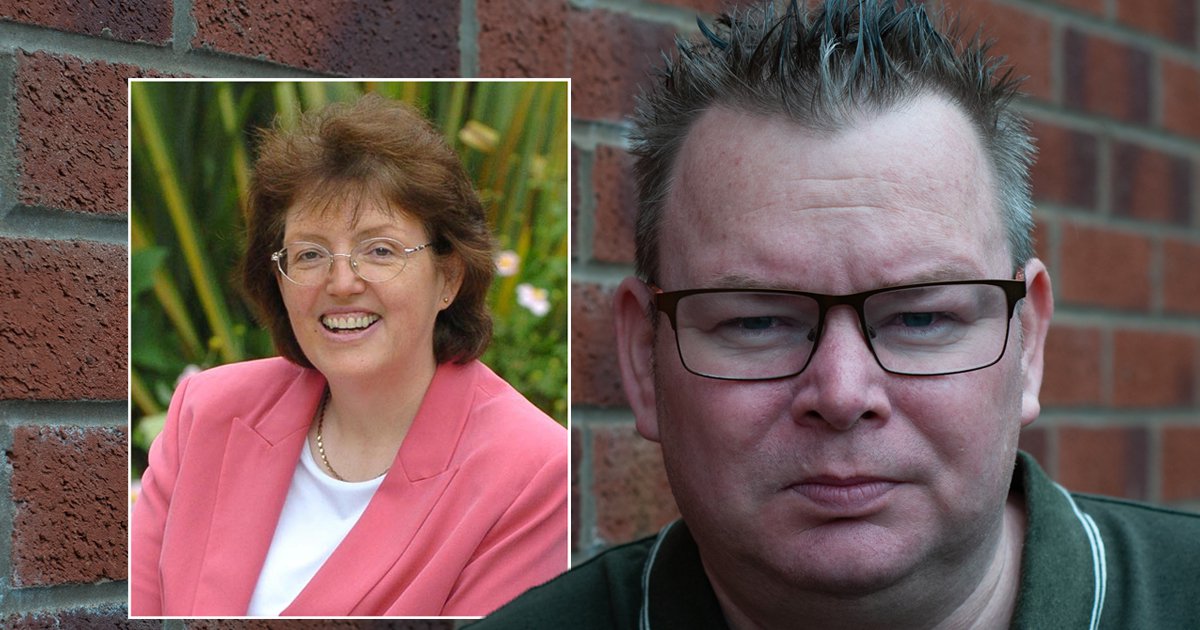 The trailer for ITV’s new drama The Walk-In starring Stephen Graham starts with the title: ‘This is a true story’.

It will tell the real-life events of how the charity Hope Not Hate foiled a neo-Nazi plan to murder Labour MP Rosie Cooper.

Ahead of Monday’s first episode, Matthew Collins – who is played by the award-winning, This Is England actor – told Metro.co.uk it is ‘almost spot on with reality’.

Once a member of the far-right in the 1980s and early 1990s, he is now the head of intelligence at Hope Not Hate, from where he runs moles inside the movement.

The drama follows the 50-year-old as he works with informant Robbie Mullen to unearth the truth behind National Action, the first far-right group banned by the government since the World War II.

‘I was on a holiday in Portugal when Robbie texted me to call him urgently,’ Mr Collins recalled.

‘He had been out with members from National Action the night before and Jack Renshaw had confided in them about his plans to kill an MP and a female police officer in the name of the organisation.’

That phone call in July 2017 changed everything. Hope Not Hate alerted police and Renshaw was arrested.

The 23-year-old had planned to kill Ms Cooper with a 19 inch Gladius knife, as well as take revenge on the officer investigating both his racist speeches and his grooming offences.

The murder was supposed to ‘replicate’ the one of Jo Cox a year prior.

Renshaw was going to wear a fake suicide vest for the attack so he would be shot dead when police responded.

Mr Collins said: ‘You can’t make it up. Renshaw was a relatively young man at the time, and he dug himself a big hole.

‘That’s what heroes in the far-right do – they kill women. Ms Cooper was his local MP, which shows that he was not prepared to travel to do it.

‘Her being a female MP was also a factor. He could have chosen other MPs in the area.

‘But the far-right hate women, they hate people in the Labour movement who work for the common good and help communities. She ticked every box for him.

‘Throughout the far-right, there is this very extreme misogyny. Particularly, they hate intelligent, educated and coherent women.

‘They feel that these women disempower them, and that is why they are targets.

‘Their idea about women is that they should all just be in the kitchen and making babies. This is the incel culture.’

Renshaw eventually admitted plotting murder, while also being investigated for grooming young boys for sex, and was sentenced to life in jail, with a minimum term of 20 years.

Mr Collins continues to work for Hope Not Hate, and he says that every month he is contacted by one or two members from groups similar to the banned National Action.

Often, he recognises himself in the men that get in touch with the charity.

Back in the 1990s, he began passing information about the far-right to anti-fascist organisations as he was ‘tired and concerned’ about the direction the movement was heading towards.

After a 10-year sabbatical in Australia, Mr Collins returned to the UK in 2003.

At the time, the far-right had expanded, becoming an ‘electoral threat’.

Over the last two decades, he has been recruiting double agents, who all supply information to the charity.

Mr Collins said: ‘If you want to dissect the far right, you have to get inside its guts.

‘When I was involved, the far-right was tiny and irrelevant, and it rarely made news headlines. But they still held almost deformed electoral ambition.

‘They still felt there was something to gain from the ballot box. By the time Robbie got involved in the movement, they had abandoned the idea of winning an election.

‘They thought it was a waste of time, so they have given up trying to do that.

‘Instead, members are sitting on the side twister and disturbed. They play no role in the improvement of this country. They add nothing to it but call themselves patriots.

‘People believe that young men simply fall into that trap. Like anybody else, they ask questions about their identity and what is in this life for them, like housing and school.

‘All young men care deeply about those things. They go looking for answers and some of them draw the wrong conclusions about society.

‘It is my experience that the majority of people who get involved in the far right walk into it with eyes wide open. They know what it is. They are not all victims of their own stupidity.’

Mr Collins was not involved in the making of ‘The Walk-In, and he regrets to say the team behind it did not even let him be an extra in one of the episodes.

Having watched the series before its release next week, he stressed the plot was very close to what really happened.

‘I was surprised by how they captured so many moments of hatred, our fears and certain individuals. It is excellent,’ he added.

Next week also marks the publication of his third book ‘The Walk-In’, which tells ‘the true story’ behind the ITV drama.