Larry the cat put aside his mouse-catching talents and took on a new challenge this week. The Downing Street cat who has served as Chief Mouser to the Cabinet Office at 10 Downing Street for 10 years brought smiles to millions of England football fans ahead of the Euros football match on Saturday when he predicted who would be crowned victor of the match.

The England team are currently preparing to battle it out against Ukraine this evening at Rome’s Stadio Olimpico.

The team managed by Gareth Southgate won 2-0 against Germany on Tuesday at Wembley.

The Three Lions will be without a crowd of fans in Rome after Britons have been warned not to go to Italy for the game due to coronavirus restrictions.

Mr Southgate said he believes playing away from Wembley will help the team tonight. 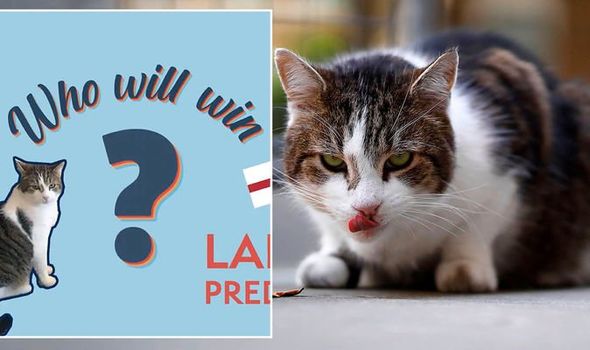 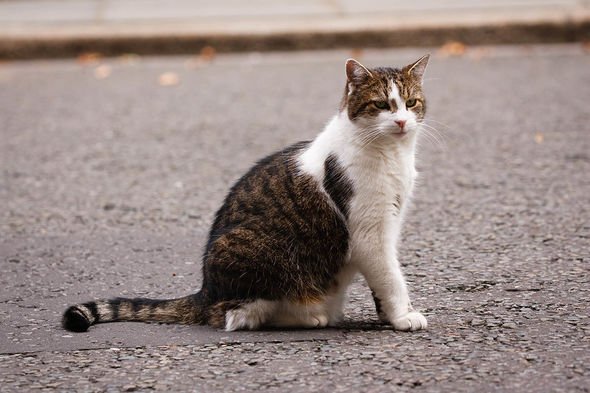 The England manager said: “I think there was clearly a big emotional toll from the game (against Germany) and everybody enjoyed the day but, even in the dressing room afterwards, the players were already talking about the next game and the need to prepare well.

“So we have shifted the mindset quickly on to that next challenge.

“We’ve achieved one challenge but that’s not the Everest we set ourselves, really. We want to push on from where we’ve got to now.

“I think the psychological freshness is key. We’ve obviously got a strong squad as well.

“It’s actually, for us, probably a good thing to be going away now. It would’ve been very hard, three days later, to replicate that experience at Wembley. So now we’ve got a different sort of test. 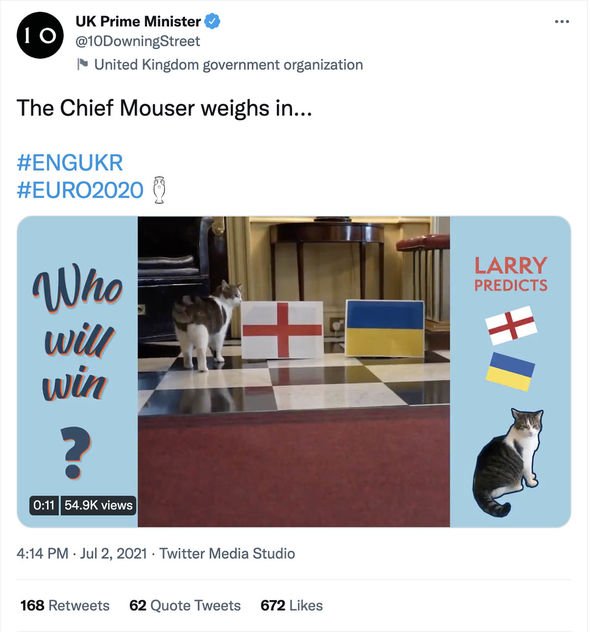 England fans are likely to be left delighted after Larry the Downing Street Cat predicted a win for the Three Lions over Ukraine on Saturday.

A video shared on the UK Prime Minister Twitter account, the 14-year-old brown and white cat faced a choice between the two flags of each nation competing in tonight’s 8pm game.

In the footage, viewers see the cat glancing over his shoulder before he walks forward to pick England’s red and white flag.

His choice is said to be a prediction for England’s victory in tonight’s game over the Ukraine team. 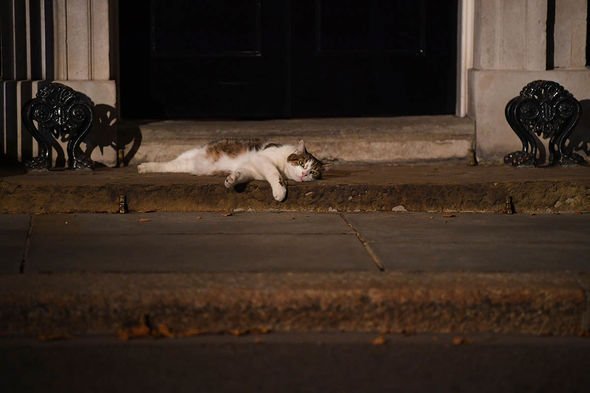 England are the favourites to progress through to the semi-finals.

Ukraine won its spot in the quarter-finals after beating Sweden 2-1 in extra time on Tuesday.

So far Spain and Italy have completed their quarter-final matches and will be going head to head on Tuesday, July 6, at 6pm.

If England wins on Saturday, they will face whoever wins the Czech Republic and Denmark mark which is due to take place at 5pm today. 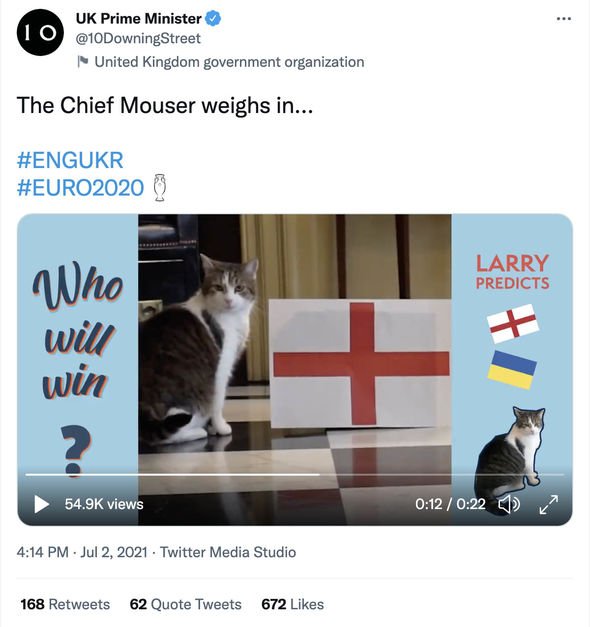 Larry first arrived at Downing Street in 2011 and during his tenure has been a mouser under three Prime Ministers: David Cameron, Theresa May and Boris Johnson.

He was the first cat to hold the rat-catching portfolio at No 10 since stalwart ratter Humphreys retired in 1997.

Larry was intended to be a pet for the children of David and Samantha Cameron but was described as a “good ratter” with a “high chase-drive and hunting instinct” by Downing Street sources.

Soon afterwards he was taken in at Downing Street and officially named Chief Mouser to the Cabinet Office.