Speaking at a primary school in Ferryhill, County Durham, the Prime Minister said: “It is a variant of concern, we are anxious about it.

“At the moment there is a very wide range of scientific opinion about what could happen.

“We want to make sure we take all the prudential, cautious steps now that we could take, so there are meetings going on today to consider exactly what we need to do.

“There is a range of things we could do, we are ruling nothing out.” 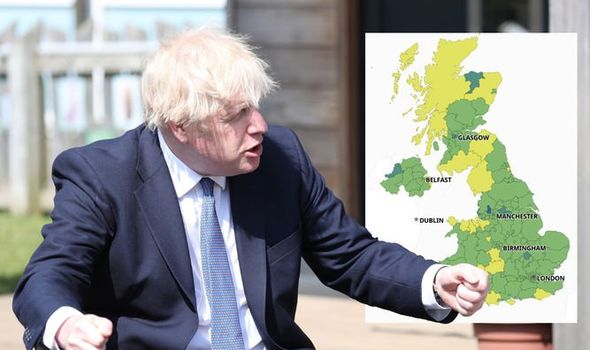 So just how many cases of Indian variant are in the UK?

A statement on the Government’s dedicated Covid variant webpage reads: “Cases of VOC-21APR-02 have increased to 520 from 202 over the last week and almost half the cases are related to travel or contact with a traveller.

“The cases are spread across the country, however, the majority of the cases are in two areas – the North West (predominantly Bolton) and London – and this is where we are seeing the greatest transmission.” 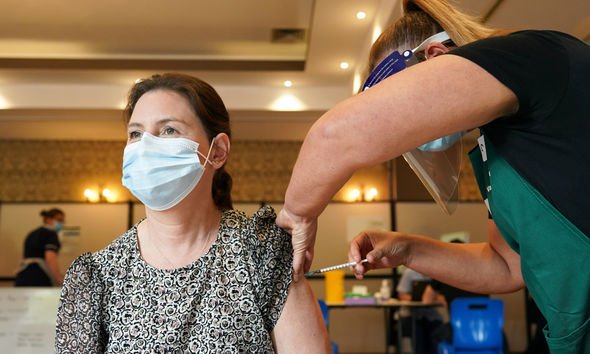 Now all adults in Blackburn with Darwen will be offered the coronavirus vaccine due to rising cases of the Indian variant.

The Lancashire authority has the third-highest rate of coronavirus cases in England, with 149 new cases in the seven days up to May 8.

The council and NHS partners have secured extra doses of the Covid-19 vaccine which will be made available to anyone in Blackburn with Darwen aged over 18 from next week, a spokeswoman for the authority said.

The rise in cases has been attributed to the Indian variant, which has also been detected in Bolton and Sefton in the North West, as well as in London.

DON’T MISS
Lockdown end delay: Sage to hold emergency meeting TODAY [INSIGHT]
What is ‘black mould’ associated with Indian Covid cases? [EXPLAINED]
Will there be another lockdown? Could Indian variant cause lockdown 4? [ANALYSIS]

When asked if local lockdowns were a possibility, Mr Johnson said: “There are a range of things we could do, we want to make sure we grip it.

“If we have to do other things, then, of course, the public would want us to rule nothing out.

“We have always been clear we would be led by the data. 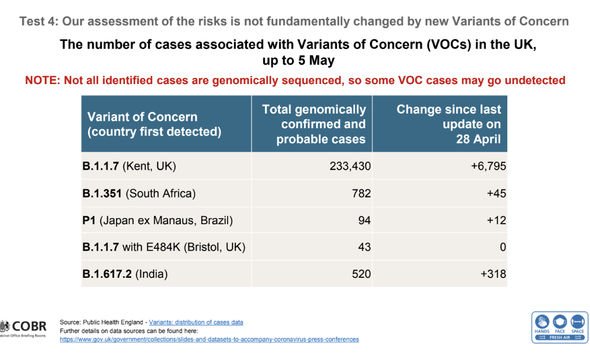 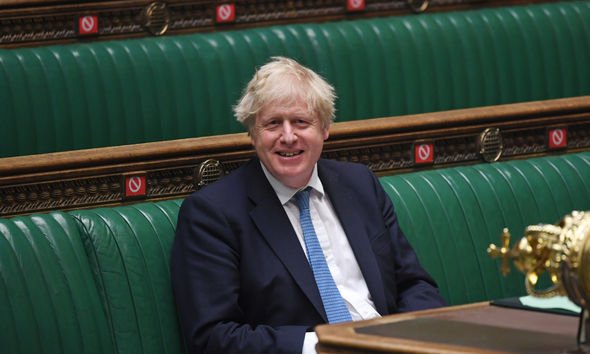 “At the moment, I can see nothing that dissuades me from thinking we will be able to go ahead on Monday and indeed on June 21 everywhere, but there may be things we have to do locally and we will not hesitate to do them if that is the advice we get.”

Downing Street also said officials would not “rule anything out” when asked if the Government was considering surge vaccinations to accompany surge testing in areas with spikes of new variants.

The Prime Minister’s official spokesman told a Westminster briefing: “We want to consider all options.

“The meeting is happening with Sage today and should they come out with any further updates on this variant originating in India and the epidemiology in the UK then we will consider it.”

Earlier, Professor Steven Riley, from Imperial College London, said whether the road map for England continued on its planned trajectory was “a Government decision” but suggested the UK was currently in a good place.

He told Times Radio: “I think there’s two key things that have got to be kind of evaluated – if infections go up, how quickly will they go up? But then after that, are they linked to the hospitalisations?

“The top-line Government policy is driven by protecting the NHS, so even if infection starts to go up, we then need to assess whether that’s bringing a lot of new cases into hospitals, and there’s certainly no sign of that at the moment.”

On Wednesday, the European Medicines Agency said it was “pretty confident” that vaccines currently in use would be effective against the Indian variant – a view echoed by some British scientists