Michael Caines is the chef who runs and owns a country hotel with a world class restaurant, but one thing has always made him an outsider at the British culinary scene’s top table. The colour of his skin.

By his own estimation, he is one of no more than three black head chefs leading one of Britain and Ireland’s 185 Michelin starred restaurants.

The prestigious French guide rewards up to three stars for excellence. These are coveted in the industry, seen as signs a chef has succeeded at the highest level, but in terms of both the cuisine served and the people leading these kitchens, there is a lack of ethnic minority representation.

Caines, who bought Lympstone Manor in Devon in 2014, has been thinking about this imbalance for quite some time.

“Historically it’s difficult for people of colour to come through the ranks to get the opportunity to lead,” he said, sitting in one of the rooms in the hotel.

“It’s a bit like football, loads of black football players, but why aren’t there black managers?

“How do they break through that ceiling into management and then into becoming business owners?” 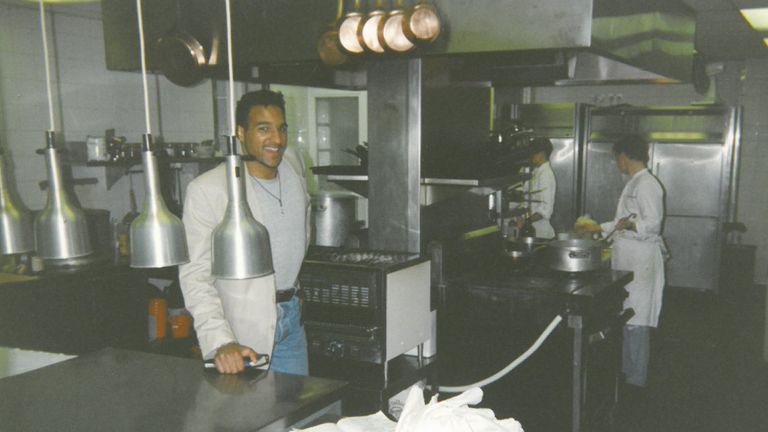 In Caines’s case the journey to that position has been a difficult one.

As a young chef, he had to battle to become accepted by the establishment.

When the acclaimed French chef Raymond Blanc helped him land his first job in France, working with the late Bernard Loiseau in the early 1990’s, he was the first black chef in Loiseau’s kitchen.

“There I was, in the meat and fish section then someone came in and pointed to me, he said: ‘Who is he?’ and Loiseau responded: ‘He’s the English guy’, and the other person said, ‘but he’s black’.”

Another instance Caines can remember involved him getting into an altercation with another chef, who called him a racial slur in the kitchen, an incident that saw them “rolling around on the floor,” in the ensuing scuffle.

He believes it was his talent which helped him overcome prejudice.

“Once I started cooking, that was it, and that has always been my call card,” he said.

His quality and persistence saw him earn his first Michelin star in 1994, the same year he lost his arm in a serious car accident.

He says it was his single-mindedness that helped see him through a dark period in which he was worried his career would come to an end.

Caines has also set up an academy that nurtures Devon’s future generation of restaurateurs.

One of those students at the academy inspired by his career is Hector Kilvington.

“To hold two Michelin stars is admirable enough, but to do it with one arm shows how much work he’s put into it, it also shows there is no barrier to entry, if you go and you work hard, you’ll succeed, said Hector, 18, who splits his time between college and the kitchen at Lympstone Manor. 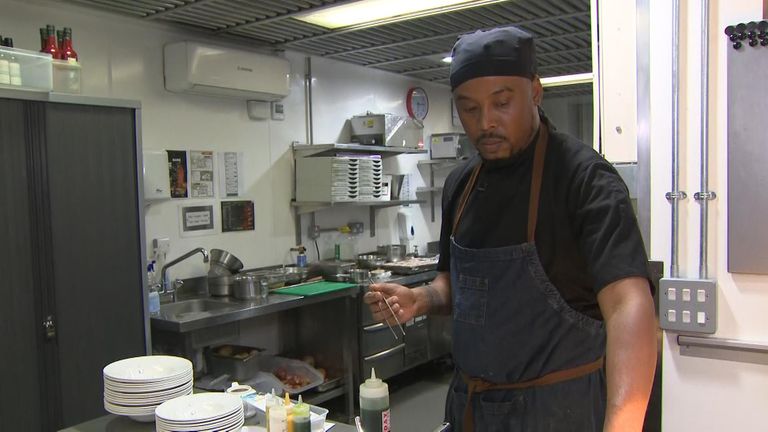 The effort to nurture more diverse young talent goes well beyond just one chef though.

More of the next generation can be found at Westminster Kingsway College, who have partnered with a programme called the Future Plate, which is aimed at celebrating African and Caribbean cooking.

Part of the scheme will involve a series of guest lecturers and masterclasses as well as the inclusion of a wider range of dishes on the college’s menus.

At an event held last month, students helped serve guests a set course menu by Jason Howard, a chef from Barbados well known for his gourmet takes on Caribbean cuisine.

Both past and present students at the college feel changing the style of cuisine taught at culinary schools could help change the complexion of the Michelin guide in the future.

Opeoluwa Odutayo graduated from Westminster Kingsway before going to become the co-founder of Ice Cream & Ting, a dessert brand specialising in African and Jamaican flavours.

“Before you know it, it’ll only be our restaurants you’ll be hearing on the Michelin star list, ” she said.

“A lot of students here are from African roots, Caribbean roots, but after they finish school we don’t hear of them anymore.

“This event will inspire them. African food is not seen as something we’re hiding anymore.” 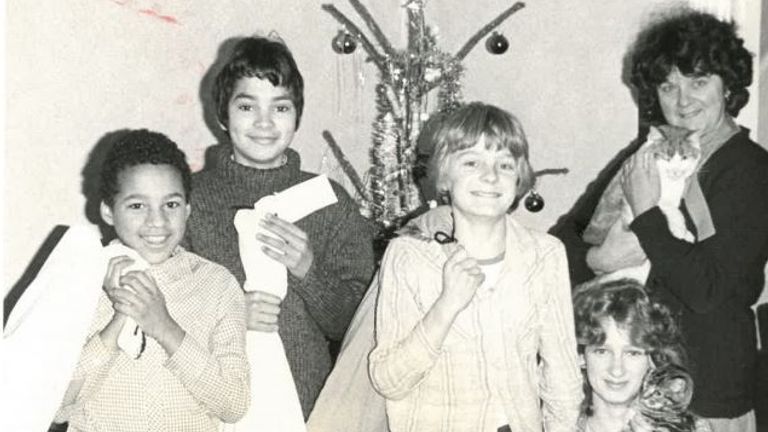 Elevating to the Michelin star status those students are dreaming of has helped Michael Caines start addressing issues bigger than cuisine.

Born in Exeter in 1969 to a white English mother and a Black Dominican father, Caines was given away by his maternal family then adopted by a white couple weeks after he was born. 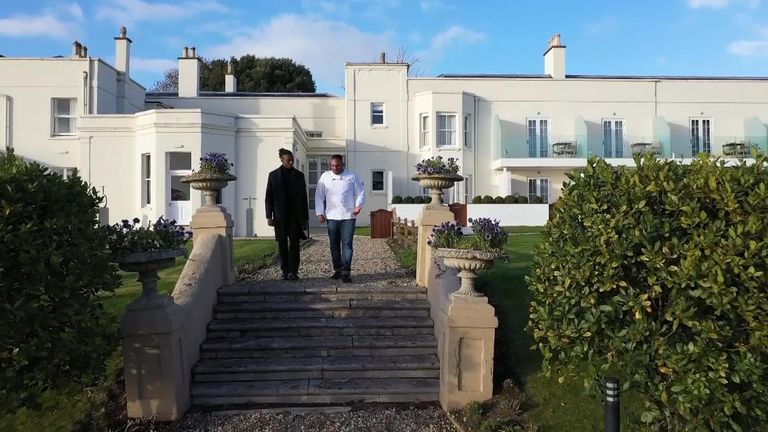 Buying Lympstone Manor not only allowed him to own land in his home county, it also meant he could reclaim an estate that once belonged to a family who owned slaves.

“This was owned by Charles Baring, The Baring family owned slaves, my family where slaves,” he says, walking round the grounds, which overlook the Exe Estuary.

“Now I own it. It feels like we’ve come full circle in a way. As free men and women we can express ourselves creatively and show that anyone can achieve their dreams through hard work and talent.

“That is ultimately what this place represents, my hard work and my talent.”

Now that his skill and determination have taken him exactly where he wants to be, he is hopeful more people like him can rise through the ranks. If they can, it will give British fine dining a very different flavour in the future.