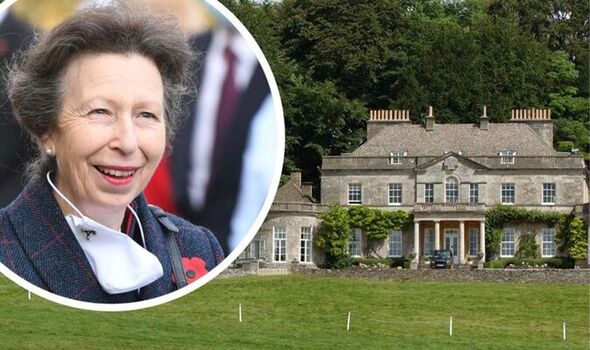 Based in Gloucestershire, between the villages of Minchinhampton and Avening, Gatcombe Park is a country house, farm, and estate that first came into the Royal Family in 1976. The estate was purchased by the Queen as a gift for her daughter, Princess Anne, and a recent article by MyLondon has revealed just how much Her Majesty paid for the property.

The previous owner was Lord Butler of Saffron Walden, Master of Trinity College, Cambridge, and a former Home Secretary, who had inherited the house from his father-in-law, the art collector Samuel Courtauld. It has been estimated, though never officially disclosed, that the Queen paid between £500,000 and £750,000 for the 730-acre property.

Gatcombe Park, a working farm, is understood to now be funded by the Princess Royal and her husband Timothy Lawrence.

Anne moved into the estate in 1977 with her then-husband Mark Phillips after a pricey renovation paid for by the Queen. The house has its own lake, stables, and the grounds have become famous for their role in eventing, where every August the British Festival of Eventing is held. This event gets BBC TV coverage, attracts Olympians to compete and even draws in 40,000 live spectators every year.

Princess Anne and Mark Phillips divorced in 1992 splitting the estate between themselves, and for a time both lived on the estate separately.

Highgrove House, the country residence of Anne’s brother, Charles, Prince of Wales, is also located a mere six miles away in the parish of Doughton, near Tetbury.

Since then he and his second wife have moved to America and he and Princess Anne’s daughter Zara Tindall has moved onto the property with her family.

Having initially lived in nearby Cheltenham when they tied the knot in 2011, Mike and Zara Tindall moved to join Princess Anne at Gatcombe in 2013 in a separate house and they now live there with their three children, Mia, eight, Lena, three, and Lucas, nine months. They can often be spotted playing with their Cambridge cousins at family get-togethers.

Gatcombe is just a few miles from Highgrove, Prince Charles’ home in nearby Tetbury. It is believed Prince Charles will spend just five weeks a year at his Gloucestershire estate when he becomes King, according to some reports.