Elizabeth and Margaret grew up together as part of a close knit family, never expecting to inherit the throne. When their uncle Edward VIII unexpectedly abdicated in 1936, their shy and reluctant father was announced as George VI, and suddenly thrust into the spotlight. Elizabeth was just 10 when she became the heir-apparent, but luckily, the two sisters — who nicknamed one another ‘Lilibet’ and ‘Margo’ — had already forged a strong bond.

However, the eldest sister’s life was then driven by her dedication to duty and her training to one day become the sovereign.

Margaret, in comparison, became one of the most famous socialites of the Sixties known for her quick wit and love of partying.

Consequently, the Queen would often try to pull her sister back in line.

For instance, when Margaret’s romance with the divorcee Group Captain Peter Townsend became public, there was widespread fury — and the Queen asked her sister to postpone any thoughts of marriage for a few years. 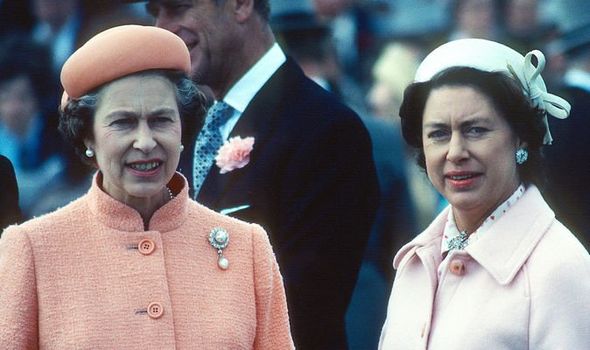 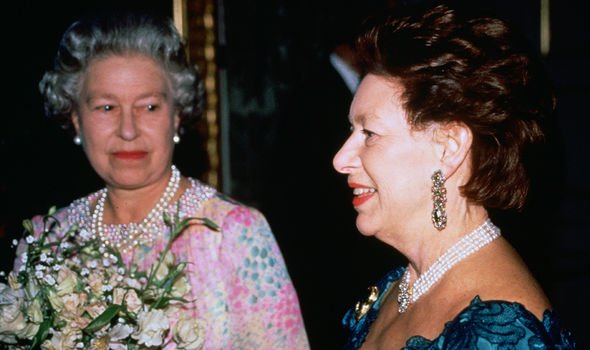 However, the Queen did try to amend the Royal Marriages Act to accommodate her sister.

Interestingly — and for no known reason — Margaret turned down Grp Capt Townsend’s proposal in the end, choosing to stay as a senior royal besides her sibling instead.

The sisters’ loyalty to one another is clear across the years, despite their opposing characters.

So when Margaret died in 2002, the Queen “lost her most intimate companion”, according to family friend Reinaldo Herrera. 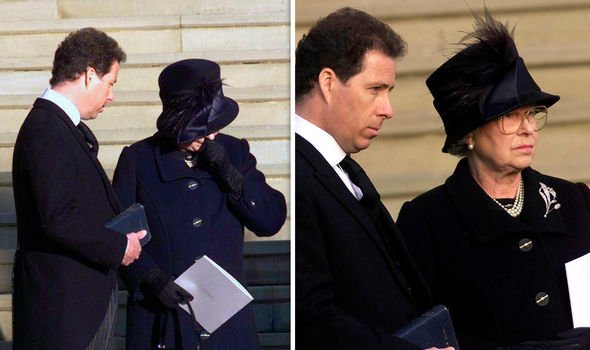 Writing in Vanity Fair in 2016, she explained: “I think it was the only time anyone ever saw the Queen show her emotions in public.

“Never explaining anything to the world — what she feels, or why she does what she does — is part of her greatness.

“But for a few minutes that day, as she stood by the steps of St George’s Chapel at Windsor Castle, watching her sister’s coffin being borne away, her eyes betrayed her.”

Margaret’s funeral took place on the 50th anniversary of King George VI’s, and just a few weeks before her mother’s. 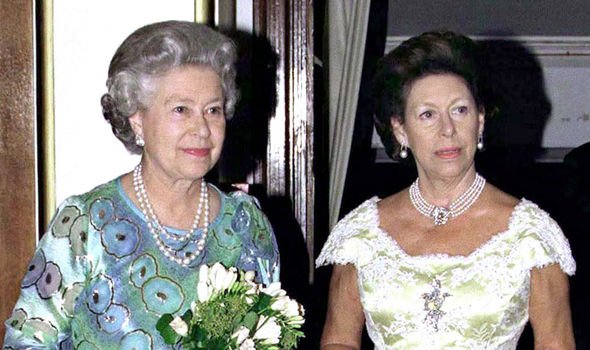 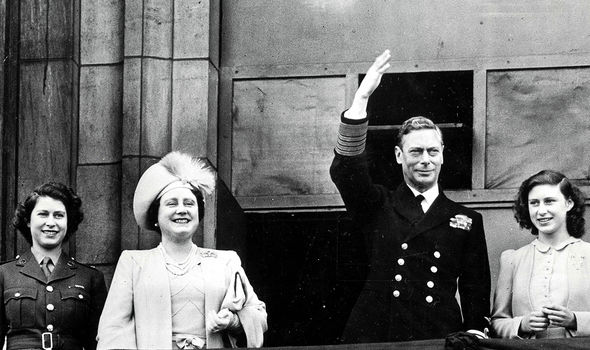 Ms Herrera explained: “The particular closeness of Elizabeth and Margaret was beyond comparison with the relationship between any other siblings in the world.”

She claimed that despite the hierarchy putting Elizabeth at the top of the chain and Margaret as her subject, the two “had a love, friendship and conspiracy that were impressive to behold”.

Margaret even got a telephone line installed in Kensington Palace with direct access to the Queen in Buckingham Palace, so the two sisters could talk on a daily basis.

However, when Margaret’s marriage with Lord Snowdon, Antony Armstrong-Jones, began to fall apart in the Seventies, she spent an increasing amount of time on the island of Mustique.

The elite Caribbean island gave her some privacy and an escape from her deteriorating relationship — but also meant she was much further away from her sister. 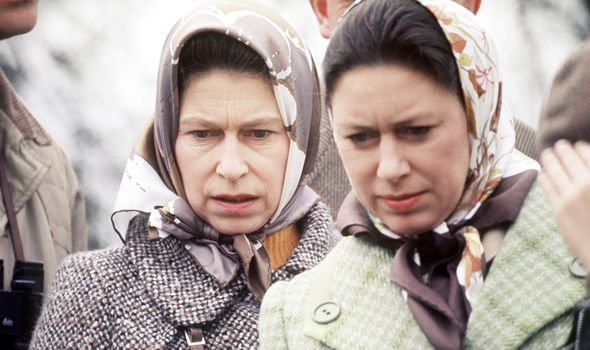 Margaret was photographed with a younger man on the island, leading to public outrage and some MPs asking if she still deserved her royal allowance.

The Queen was reportedly frustrated and lashed out at Margaret’s “guttersnipe life”, too.

When her marital split became official in 1978, Margaret became the first member of the Royal Family to divorce since King Henry VIII.

Yet, despite Margaret’s reputation in the Royal Family, the Queen inevitably had a soft spot for her — leading to her unusual display of emotion at her funeral.