The Covid variant first discovered in India, named B.1.617.2, is believed to be driving a rise in Covid cases in some parts of the UK. The new strain is understood to be more transmissible than the Kent variant, which previously dominated the scene, and somewhat more resistant to the Covid vaccine – especially when just one dose has been administered. As things stand, up to three-quarters of new cases in the UK are thought to be directly caused by the variant, while there has also been signs of a slight rise in hospitalisations. However, in good news, Tuesday saw the country record its first day without Covid deaths in 10 months.

Data from the Wellcome Sanger Institute shows exactly where in the country the India Covid variant is surging.

The map tracks the variants detected in Covid-positive samples through genome sequencing and has revealed the true extent of the spread across England.

While parts of north-west England, such as Bolton and Blackburn with Darwen, have previously been identified as hotspots for the India variant, the data shows it’s cropped up in areas as far afield as the Forest of Dean, Babergh, Wycombe and Cornwall.

This data includes Covid-positive samples analysed for general surveillance and surge testing, but not those related to travel. 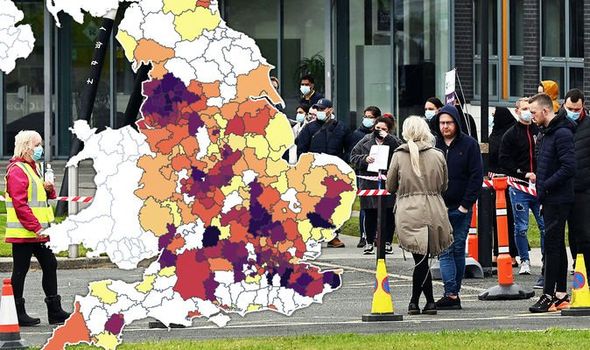 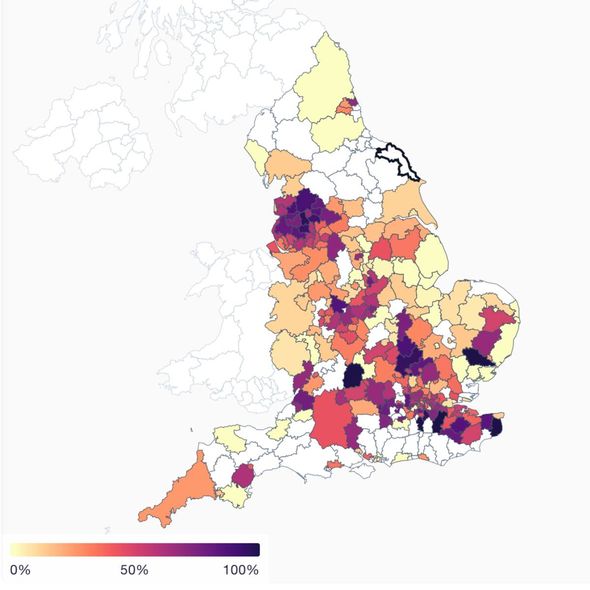 In Blackburn with Darwen, 95.2 percent of cases were found to be of the variant, while in Bolton it’s 91.3 percent and in nearby Rossendale the number stands at 89.6 percent.

The map shows things to be bad in West Oxfordshire, where 100 percent of the cases are from the variant.

The same goes for Reigate and Banstead, Sevenoks, Dover, and Babergh.

Canterbury in Kent, which was previously one of the most affected parts of the country, is still suffering with 83.3 percent of positive cases understood to be of the variant. 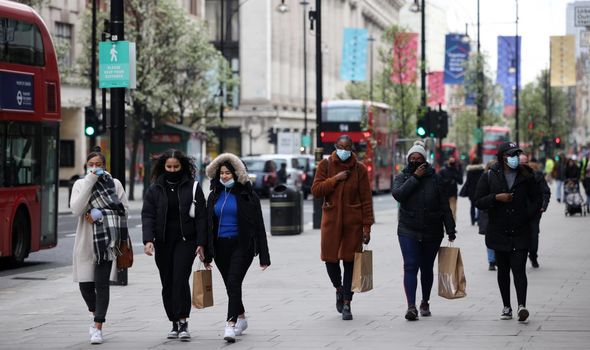 Maidstone and Tunbridge Wells, also in Kent, are showing 85 percent and 80 percent respectively.

Central Bedfordshire has 82.2 percent of cases from the variant, with Bedford behind at 87.3 and North Hertfordshire at 81.8 percent.

Croydon in south London was dubbed as one of the most affected regions for the variant, and this doesn’t appear to have subsided yet.

Hounslow in west London, which was also labelled an area of concern after Health Secretary Matt Hancock told MPs on May 19 that 2,967 cases of the variant were discovered in one week, has seen a rise in cases as well. 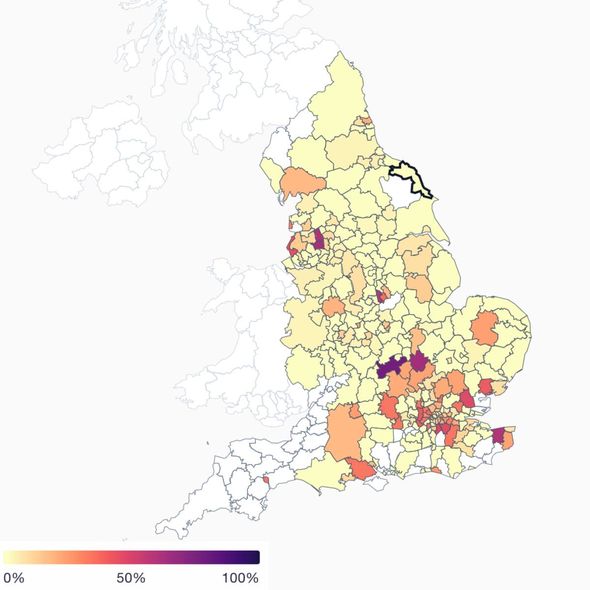 In the two weeks ending May 15, 2021, 66.7 percent of cases in Hounslow were from the variant, whereas just seven days later that figure was 70 percent.

In the North, Lichfield has a concerning rate of 85.7 percent with Leicester’s number standing at 71.3 percent.

While the numbers may seem alarming, there are a number of areas where the total number of cases attributed to the variant stands at zero.