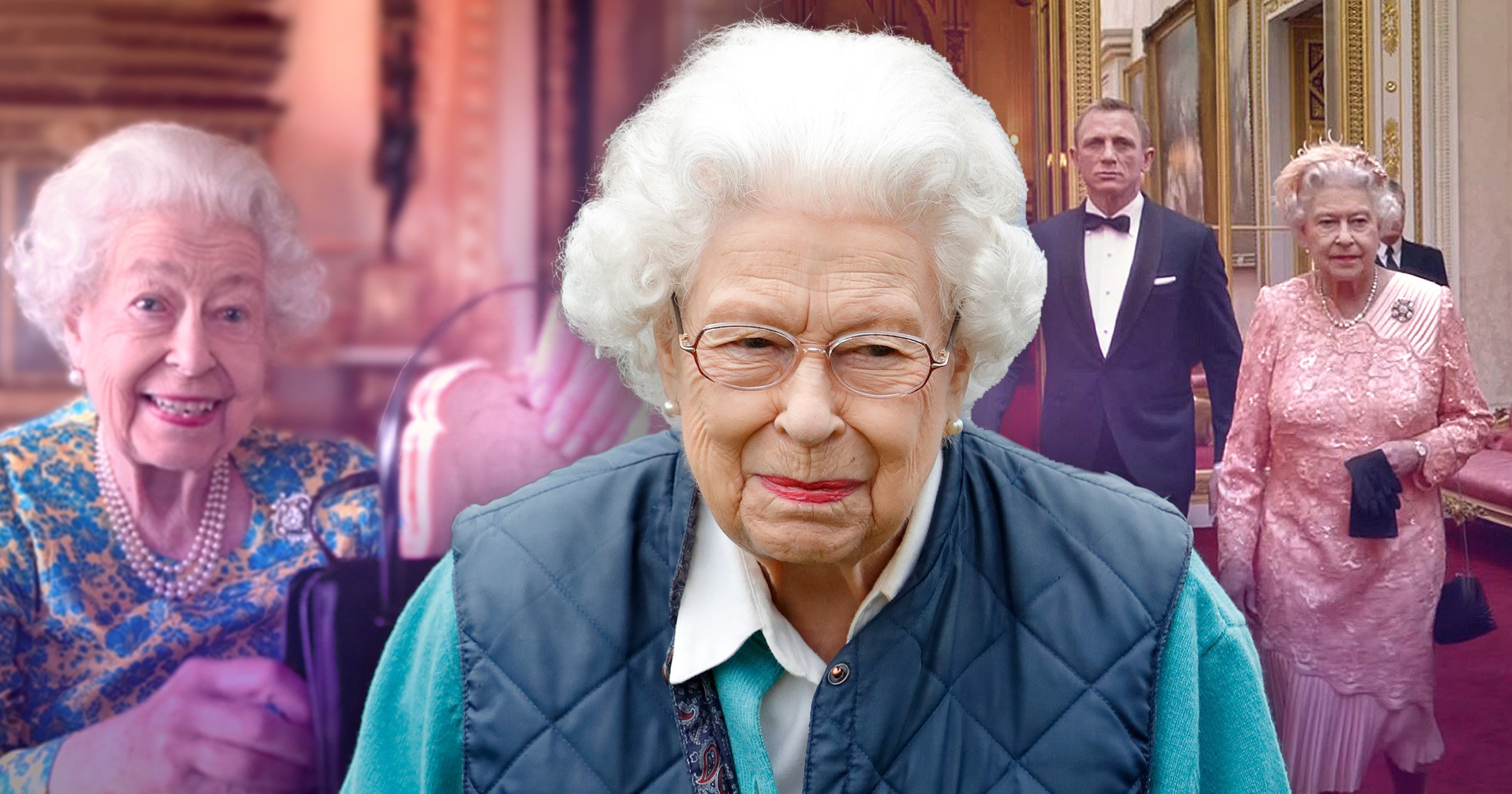 The Queen’s sparkling and sometimes mischievous sense of humour was one of the most memorable features of her 70-year reign.

The personable monarch was a natural at lightening the mood, whether it was off-the-cuff remarks at official functions or making media appearances watched by millions of people across the globe.

Standout moments from her unprecedented reign included taking tea with a messy Paddington Bear for a video sketch during the Platinum Jubilee, when she revealed she kept a marmalade sandwich in her handbag.

Joining the national celebrations, the Queen was shown with her disarming smile as the CGI bear, voiced by Ben Whishaw, showed a distinct lack of table manners at Buckingham Palace.

At the end of the clip, entitled ‘Ma’amalade Sandwich’, she declines her guest’s offer of the treat, instead fishing her own out of her handbag.

The monarch also proved a good sport during the 2012 London Olympics, when she appeared with Daniel Craig for an opening ceremony sketch which showed her stunt double parachuting into the stadium.

A billion people watched worldwide as she met 007 at Buckingham Palace and joined him in boarding a helicopter, with the clip then switching to their impersonators dropping into the curtain-raiser.

The real Queen Elizabeth II then took her place in the stadium after the segment, which had been shrouded in secrecy so not to spoil the surprise.

She did not even tell her own family about the film, seeing it as continuing a tradition of surprises and practical jokes among the Windsors.

The roll call of media appearances also included some trans-Atlantic brinkmanship with the Obamas about Prince Harry’s 2016 Invictus Games.

Ahead of the event in Florida, the then US president and first lady had teased Prince Harry about the games, with Mr Obama saying ‘careful what you wish for’ and a serviceman behind him exclaiming ‘boom’ with an outstretched hand.

The young royal responded with a video where he showed his grandmother a leaflet about the previous year’s event, with Her Majesty watching the video challenge before saying ‘oh really please’.

Harry then returned the ‘boom’ exclamation and slamdunk gesture.

On more weighty occasions, the head of state was never overawed or afraid of veering away from stuffy small talk.

Aged 90, she was asked by Northern Ireland’s then Deputy First Minister Martin McGuinness if she was well, to which she replied: ‘Well I’m still alive.’

Speaking during a tour of the country a week after the Brexit vote, she added: ‘I’ve been quite busy, there’s quite a lot going on.’

Quick-witted and at ease in conversation, the Queen provided many memorable moments for those who came within her radius.

In 2018, a helicopter whirred above as she was filmed chatting to Sir David Attenborough in the grounds of Buckingham Palace.

The environmentalist and broadcaster has since remembered his friend as ‘an expert at getting people to relax’.

The Queen also showed a mischievous side which came to the fore on official visits and meetings with members of the public.

Former protection officer Richard Griffiths told Sky News this week how she once stopped to take a picture of a pair of American tourists who didn’t recognise her at a picnic spot near Balmoral.

The man asked the monarch where she lived, to which she replied: ‘Well, I live in London, but I’ve got a holiday home just the other side of the hills.’

When the tourist then asked the Queen how long she had been visiting the area, she replied: ‘For over 80 years, since I was a little girl.’

In a reign that began when black-and-white photography was still prevalent, she didn’t miss a trick in the age of Instagram.

In 2014, the sovereign photobombed a selfie when she smiled for the camera behind two hockey players at the Commonwealth Games.

The head of the Commonwealth was in Glasgow as the Games got underway and had been watching as Australia beat Malaysia 4-0.

As defender Jayde Taylor took the celebratory picture with a team-mate, the guest of honour was spotted grinning away in the background.

High-level functions, such as a state dinner with Ronald Reagan in 1983, were also fertile ground for the Queen’s ability to lighten the mood. At the function in San Francisco, she said she knew that the Puritans had brought a lot of customs from her country to the New World with them.

But after encountering lots of rain during her time in California, she said she had no idea why they’d also brought over the rotten weather.

In private, the Queen’s jovial nature was said to be even more pronounced.

In 2012, the then archbishop of Canterbury, Rowan Williams, said: ‘I found, in the Queen, someone who can be friendly, who can be informal, who can be extremely funny in private. Not everybody appreciates just how funny she can be. Who is quite prepared to tease and to be teased.’

The Queen’s array of charms allowed her to switch between solemn announcements and moments of unguarded humour.

As the nation mourns following her death at the age of 96 on Thursday, she is being fondly remembered as someone who could light up a room as well as speak to the world.