HS2 protesters climb onto office block next to Euston

The company responsible for the multi-billion pound transport development says it has been targeted by “political activists” who put lives in danger. The project has sparked opposition from across the political spectrum with environmentalists warning of threats to ancient woodland and high carbon emissions during construction, while others are horrified by spiralling costs. HS2 was originally predicted to cost £37.5billion but a leaked Government-commissioned review last year suggested the true figure could hit £106billion.

An HS2 Ltd spokeswoman said: “HS2 has been repeatedly and excessively targeted by political activists who have illegally trespassed on our sites, endangering themselves, our workers and the general public, subjecting our hard-working employees to violent behaviour, and placing unnecessary strain on the emergency services during the pandemic.”

Despite the strong opposition to HS2, the project passed a major milestone on Thursday when plans for “phase 2a” from the West Midlands to Crewe received Royal Assent.

In recent weeks environmental protesters have camped out at Euston Square Gardens and dug tunnels in opposition to the rail link, which it is envisaged will one day connect London, Birmingham, Manchester and Leeds.

Transport minister Andrew Stephenson described the impact of protests on the cost of HS2.

He said: “Due to the levels of protestor activity experienced, an additional £49million of security costs across the HS2 project has been expended up to December 2020. 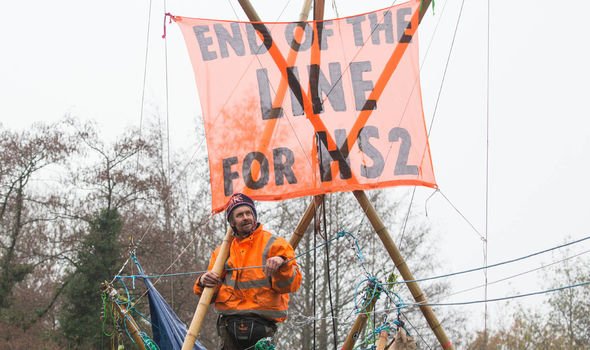 “The impact to the schedule of trespassers and in some cases concerted vandalism has not yet been fully assessed but we expect this to be within the overall estimated cost range of the project.”

Dame Cheryl Gillan, the Conservative MP for Chesham and Amersham and a leading critic of HS2, said the security costs will have already surpassed the £49million figure.

She said: “£49 million is indeed a massive cost, but unfortunately the story does not end there. These figures cover the period until the end of December 2020, but the security operation has continued through January and the beginning of February 2021, so it is an ongoing, open-ended cost.”

Dame Cheryl is concerned about plans for a vent shaft serving a 10-mile HS2 tunnel which will be built in her constituency. 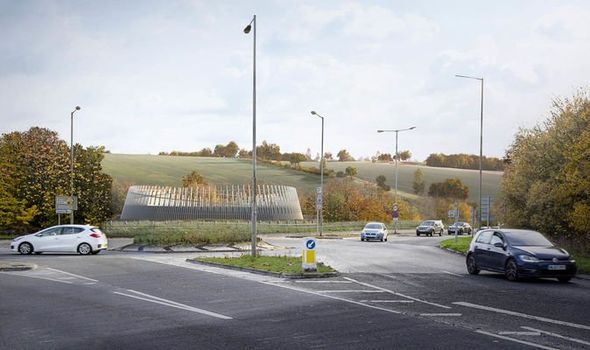 She criticised the “extraordinary, brutalist aluminium structure” planned for the site which she said locals had dubbed the “crown of thorns”.

She said: “Not only does this draw attention to the siting of the vent, it practically creates a signpost that the vent is there and creates the potential for future security breaches, which could endanger local residents as well as construction crews or passengers in the future.”

The HS2 Ltd spokeswoman said: “The Amersham vent shaft headhouse is situated on a roundabout on a busy junction, and will have a level of security similar to the vast majority of equivalent Network Rail and [Transport for London] vent shafts.”

The company argues building the tunnel means woodland can be protected and stresses that the vent shaft will be protected with a weathered steel wall and have lights and CCTV in place.