The last two protesters have been evicted from an underground camp of anti-HS2 campaigners in Buckinghamshire.

Authorities have been trying to remove campaigners, who had been digging a tunnel, from the Wendover Active Resistance (WAR) camp since 10 October.

A month later, a spokeswoman for the high-speed rail link confirmed “all the protesters have now been safely removed”. This includes veteran activist Dan Hooper, also known as “Swampy”, and another who goes by the name of “Satchel” – who were both evicted on Saturday.

Mr Hooper was among the protesters arrested for occupying tunnels at the new HS2 terminus at London Euston.

The charges against him have now been dropped.

HS2, which has been repeatedly delayed and gone over budget, will allow passengers to travel non-stop between London and Birmingham – faster than current services.

The WAR camp was set up on a narrow stretch of land between the A413 in Buckinghamshire and the existing Chiltern Railways line south of the village of Wendover. HS2 will pass over the road and railway on a low viaduct before entering a tunnel that goes west of the village – but won’t serve local residents – unlike current routes.

A spokesperson for the protesters said: “HS2 has never been mandated by the British public, and is an intensely unpopular project, not least in the Wendover area. 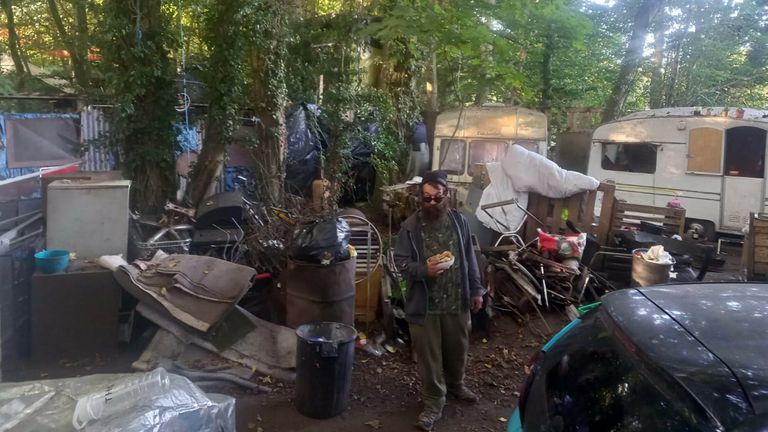 “The horrors promised by HS2 far outweigh the few dreary hours of darkness below.”

A HS2 spokeswoman responded: “By providing a cleaner, greener way to travel, HS2 will help cut the number of cars and lorries on our roads, cut demand for domestic flights, and help the country’s push to reduce carbon emissions.

“Instead of wasting their time and public money on often violent and disruptive protest, we would urge anyone who cares about the environment to support this project.”