A three-storey warehouse on Electric Lane is alight, said to be used to store items for the adjacent market. London Fire Brigade’s said 53 people had called 999 to report the blaze, with the first alert coming through at 8.58pm.

A spokesperson for the London Fire Brigade said: “Fifteen fire engines and around 100 firefighters have been called to a fire on Electric Avenue in Brixton.”

Surrounding roads were closed as emergency services battled the fire in an alley just off Electric Lane.

James Twomey, an editor for the South London Press, wrote on Twitter: “Huge fire in Brixton market right now, a worker said it is an area where items are stored for the market and people might still be in there.” 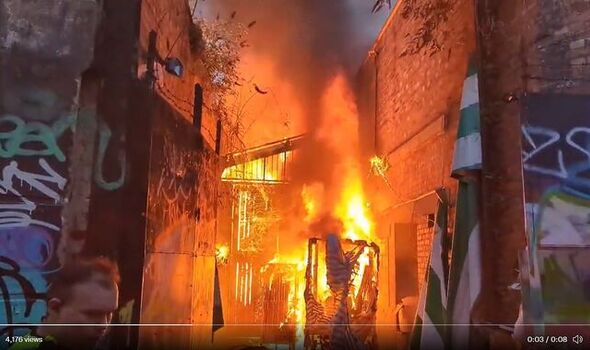 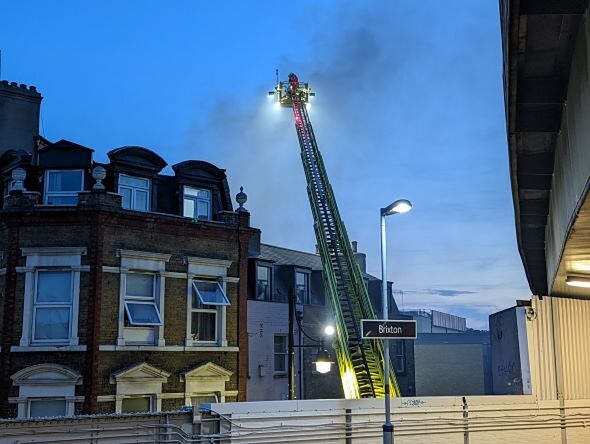 He added that police and fire crews had evacuated people from the area, while images show smoke billowing into the air.

It is reported that police have cordoned off Atlantic Avenue and Electric Avenue while firefighters deal with the incident.

Smoke was seen rising into the sky and over railway lines in the area of South London after the fire broke out shortly before 9pm.

Labour MP for Dulwich and West Norwood Helen Hayes tweeted: “Really shocking to see these scenes of a huge fire in Brixton. My thanks to the @FireLambeth teams who attended the scene, and thoughts with the local businesses & residents affected.”

The London Fire Brigade is being kept busy tonight with 70 firefighters also being called to a house fire in Fulham, West London.

They tweeted: “The fire near #BrixtonMarket is now under control, but firefighters will remain on scene throughout the night damping down. There are no reports of any people involved at this stage.”

The cause of the fire is not currently known.

Brixton Market is a popular shopping and eating destination, next to the famous streets Electric Avenue and Electric Lane, where the fire broke out. 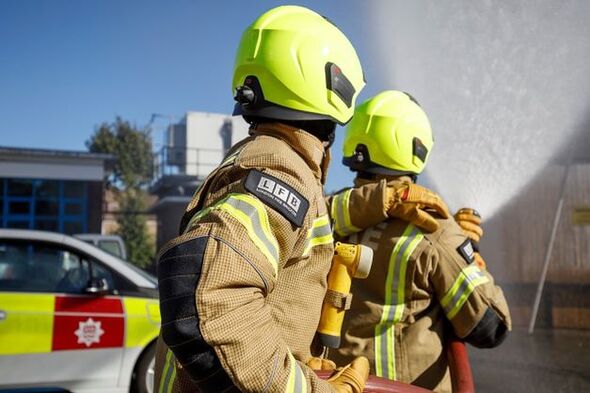 Europe is currently facing an unprecedented heat wave and many fear this will only make the problem of summer fires worse.