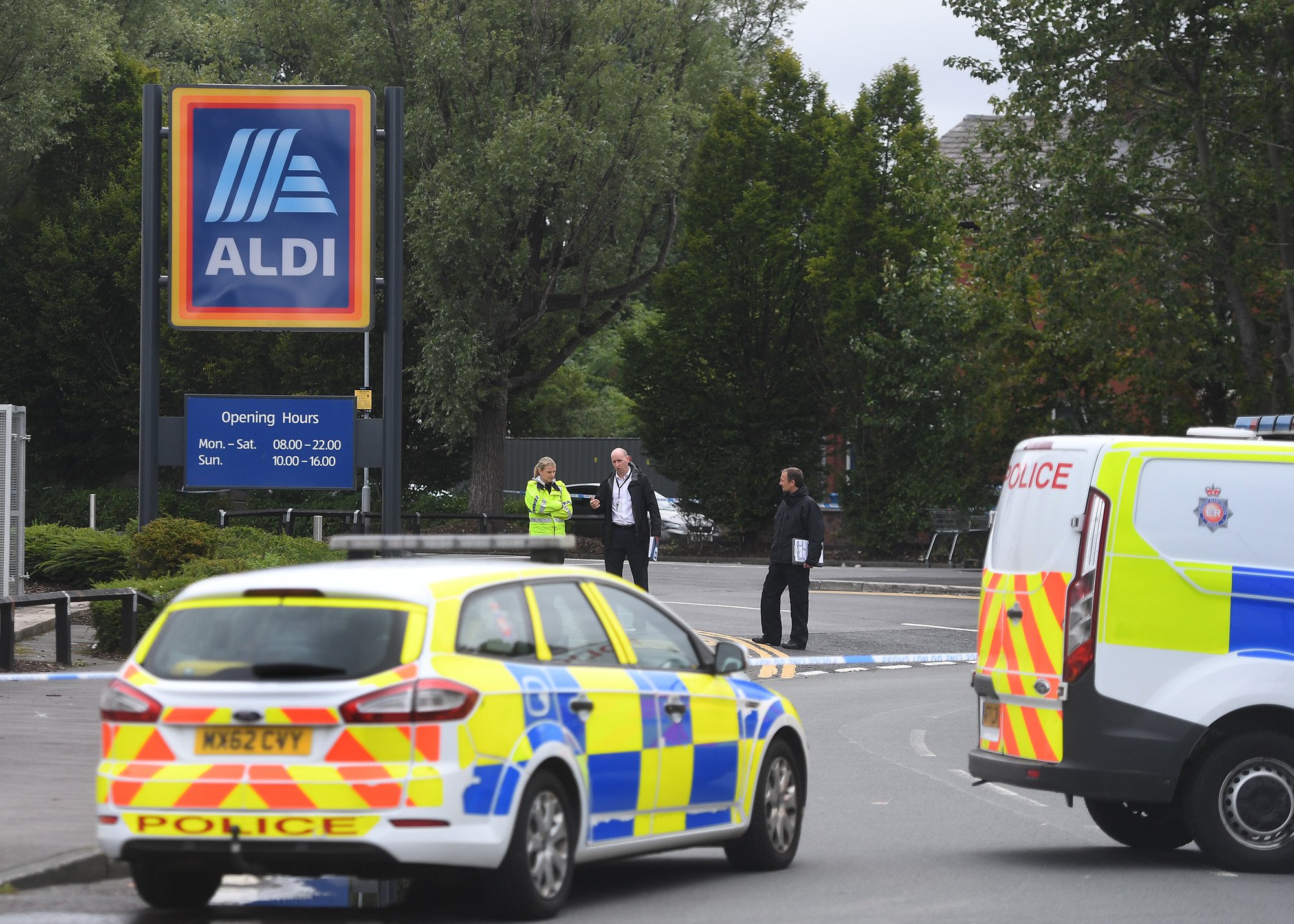 A woman was left seriously injured following a huge fight outside an Aldi supermarket.

The car park in Gorton, Greater Manchester, has been cordoned off today following reports of a brawl involving almost 50 people.

It is believed the woman was hit by a vehicle in the melee, and was treated for serious injuries in an ambulance.

Police said the group dispersed when officers descended on the supermarket at around 4am this morning.

No one was arrested but an investigation has been launched.

A witness said he heard screaming at 3am this morning, believing it was people on a night out.

‘I just thought it was normal things but then the screaming didn’t stop,’ he told the Manchester Evening News.

‘I saw a lot of people in the parking lot screaming at each other.’

A police spokesperson said: ‘Police were called at 4am this morning to a report of a large fight involving nearly 50 people on a car park off Garratt Way, Manchester.

‘On officers’ arrival, the group dispersed and a woman in her 30s was being treated in an ambulance.

‘It is believed a vehicle had collided with her and she suffered serious but not life-threatening injuries.’