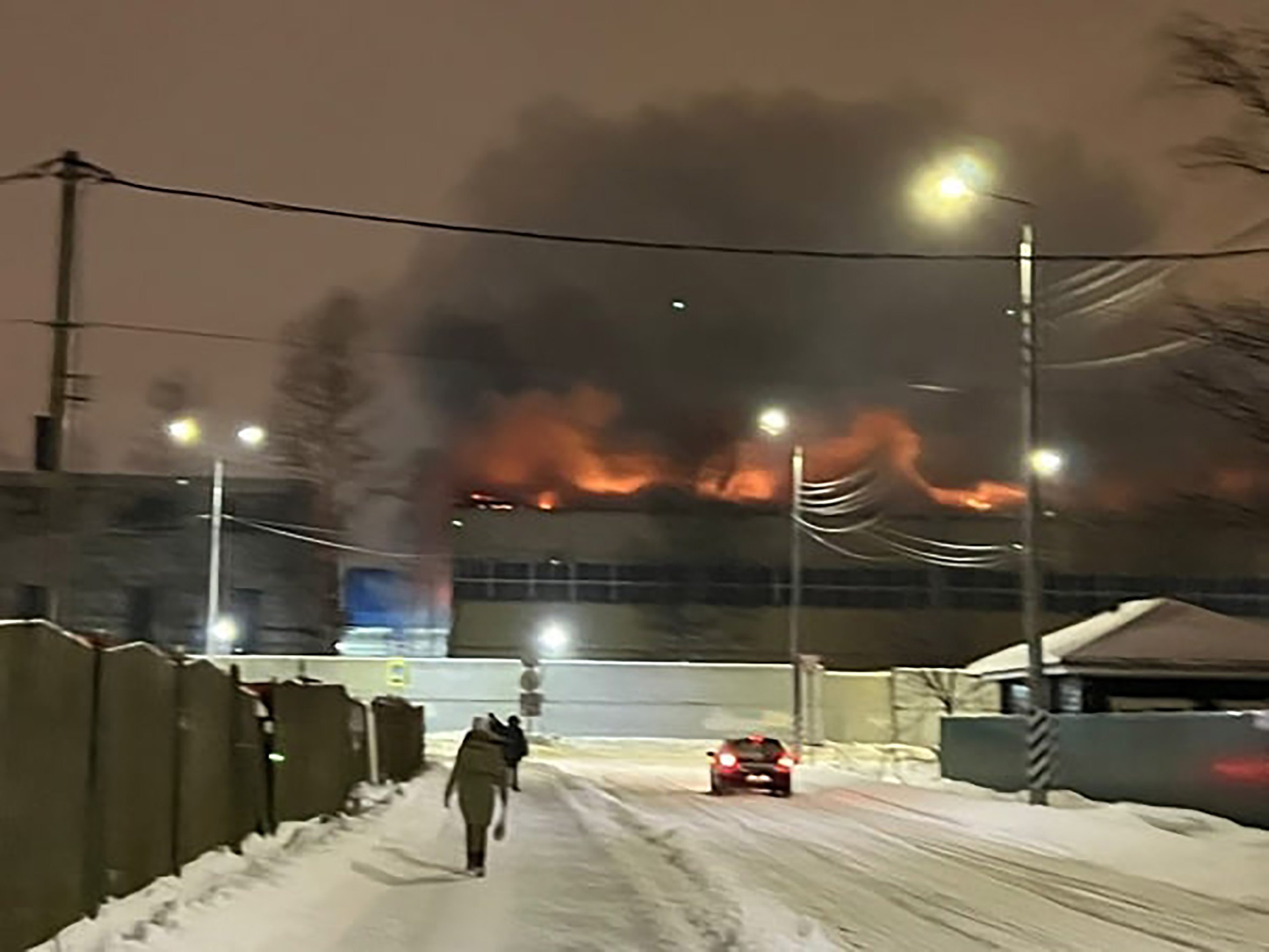 Another suspicious fire has started in Russia as the country struggles amid the Ukrainian war.

The plant produces high-speed diesel engines for the military and civil fleet, and gearboxes for power plants of medium-tonnage warships.

It also supplies coastal patrol vessels, including those used off invaded regions of Ukraine in the black sea.

But officials at the factory – which has been used to overcome sanctions by Russian defence chiefs – claimed the fire was on nearby territory, and there have been no reports of casualties or critical damage.

Two shopping malls in Moscow have recently gone up in flames, and the causes are as of yet unconfirmed.

Videos emerged of black smoke covering the Stroypark Mall in the suburb of Balashikha yesterday, while a huge blaze at the Mega retail complex in northern Moscow broke out on Friday.

A message on a Telegram channel read: ‘Fires at Russian shopping centres seem to be breaking out really often these days. Are these sabotage…or?’

Others speculated that with the Russian economy under stress from international sanctions, this could be sabotage from competitors inside Moscow.

He wrote: ‘Locals are commenting that not a day goes by now without something burning down.’