A driver somehow captured the terrifying moment a house exploded in front of his car.

Jonathan Kirk was driving along Marlborough Avenue in Goole, East Yorkshire, in the early hours of Sunday when a blast ripped through the terraced property.

Dashcam footage shows Mr Kirk turning onto the road when the house suddenly burst into flames.

He ran out to help a person trying to escape through a shattered window, before banging on doors to evacuate neighbours.

He said: ‘I saw the tenant climbing through his window. It had been shattered and blown out. I saw him climbing out on to the rubble, so I rushed over to help him to get him out.

‘I asked if he was okay or injured and he said no. I could see no physical injuries so I sat him down. I said, is there anybody else in the house, and he said “no, it’s just my cats”.

He said firefighters were quick on the scene, but it took ‘around an hour’ for the fire to be put out.

Mr Kirk said: ‘There was a danger of it collapsing, so that’s when they started pushing everyone further back. 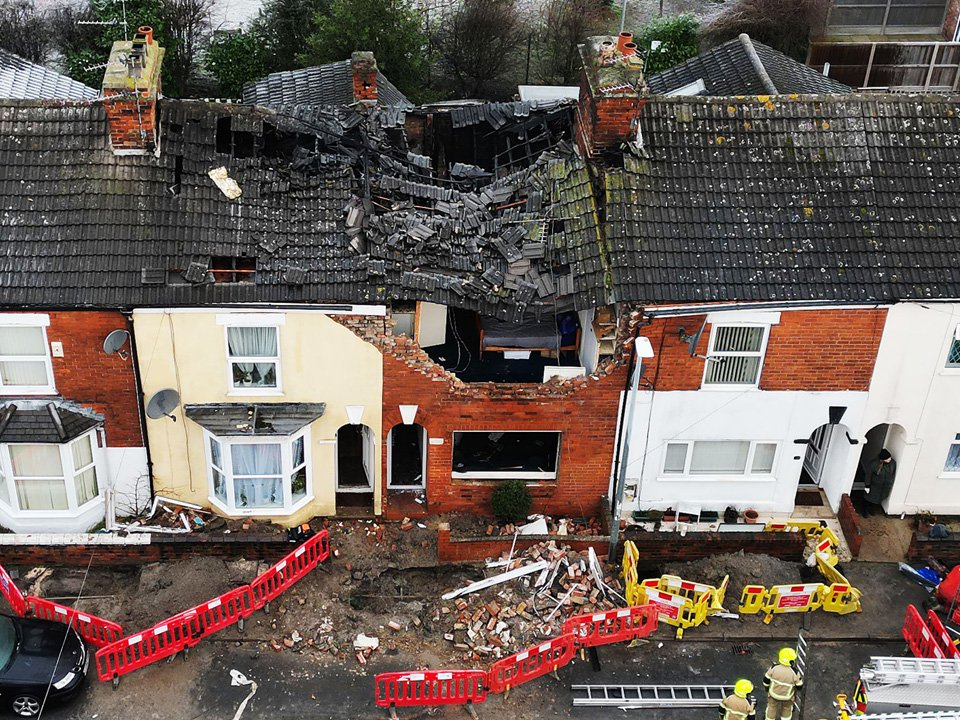 ‘I think it probably would have been about an hour to fully put it out and keep it structural. The residents were a bit dazed and shocked.’

Families were forced to take shelter in a nearby parish church in the early hours of the morning.

It is alleged the explosion happened after the gas supply to the property was tampered with.

He appeared at Hull Magistrates Court on Monday.

Following a short hearing, the case was adjourned until February 20.