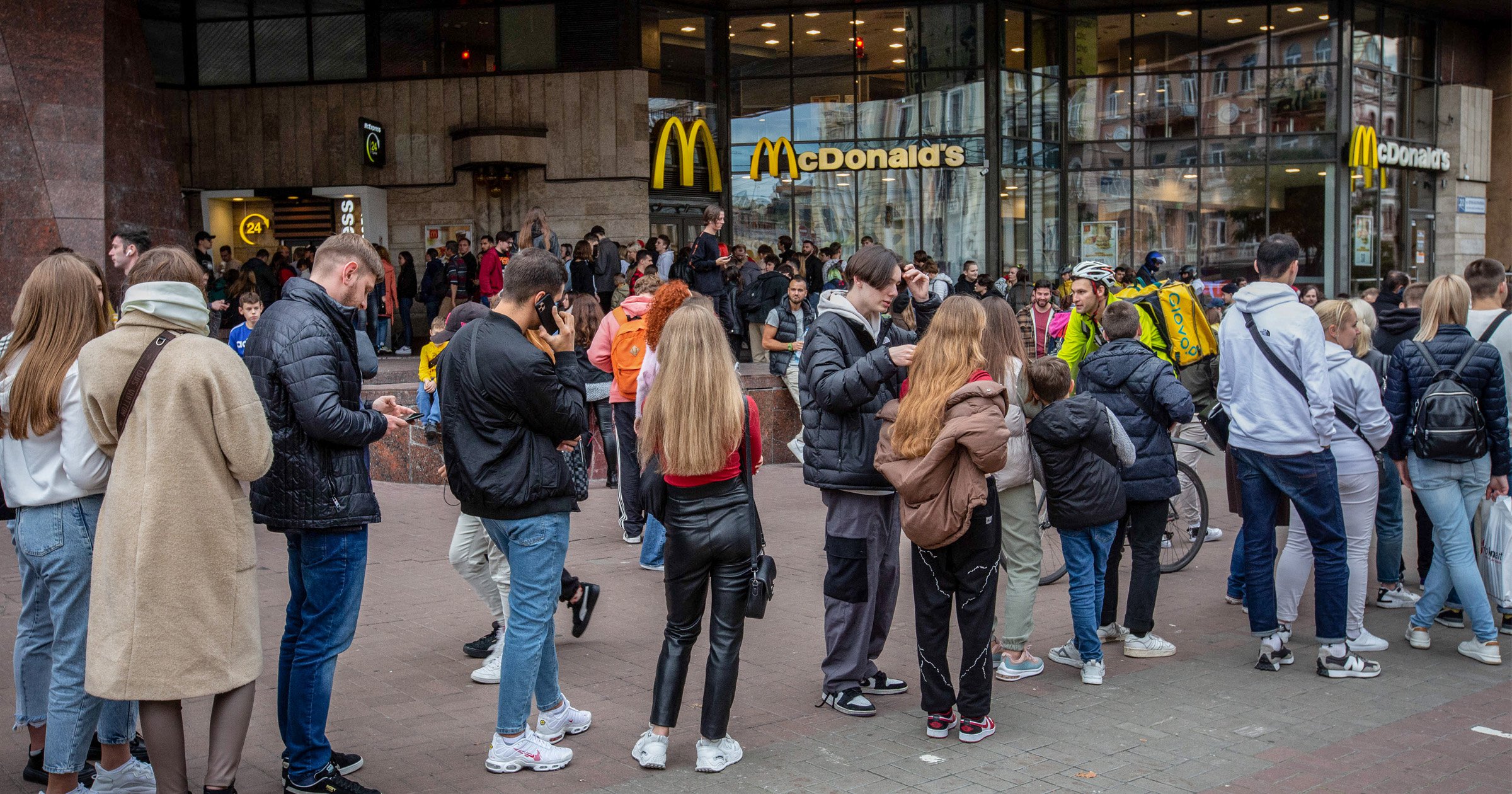 Ukrainians have been pictured queuing down streets after McDonald’s finally reopened in the war-torn nation’s capital.

One hundred McDonald’s restaurants across the country were forced to close when Russian troops invaded back in February.

Big Mac lovers have been able to order deliveries to their homes in Kyiv since September 20.

On Saturday, another big step was taken when walk-in services also became available in the area.

Many may take the reopening as a sign of hope, as Ukrainian troops make a number of gains following a bleak seven months of fighting.

In the latest breakthrough, Ukrainian forces penetrated Moscow’s defences in the strategic southern Kherson region – one of the four areas in Ukraine that Russia is in the process of annexing.

But Russia still occupies about 15% of Ukraine – and while the McDonald’s reopening may spark some feeling of normality, the company has set out plans in case of Kremlin airstrikes.

Customers will be asked to leave the premises if an air alert is triggered.

Paul Pomroy, McDonald’s senior vice-president, said: ‘We’ve become convinced that our reopening will return a small, albeit important, sense of normalcy to Ukraine.

‘Ukraine’s leaders have said that returning to work is the best way for foreign companies to support the local economy and the Ukrainian nation.’

Russians still have no McDonald’s after company bosses joined many other Western brands in a boycott over the war early this year.

Restaurants were sold to a Russian businessman, who reopened a number of outlets under the name ‘Vkusno i Tochka’ – meaning ‘Tasty and that’s it’.

McDonald’s operations in Russia were worth around 9% of its annual revenue, which is equivalent to £1.48 billion.