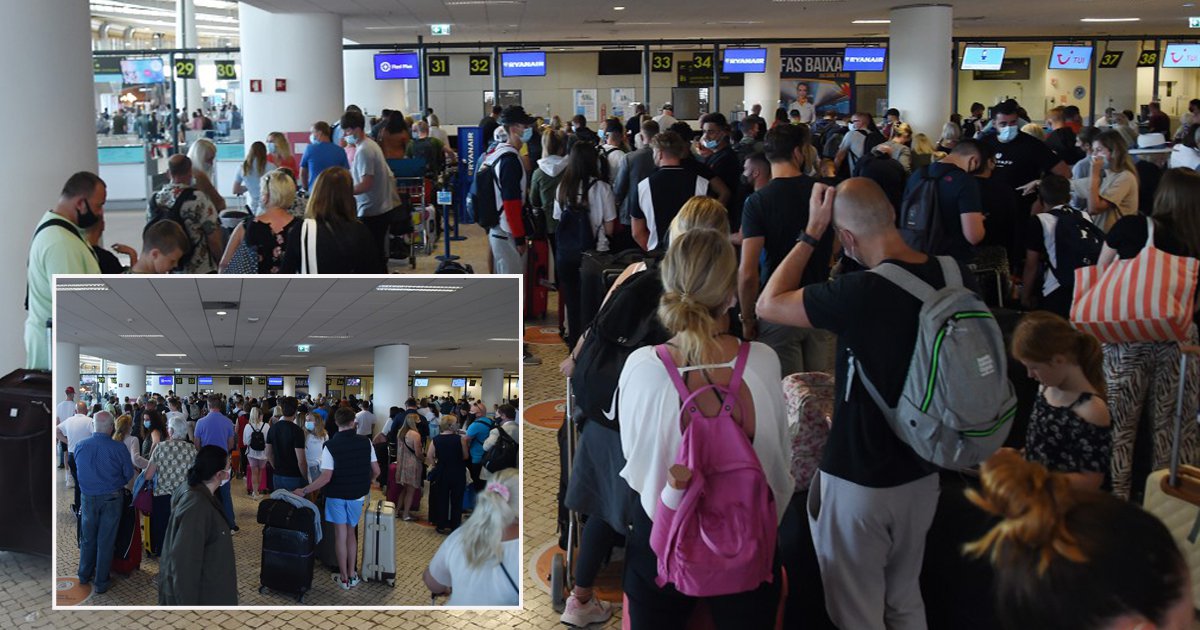 Hundreds of British tourists were seen scrambling to fly home from Portugal on Sunday to avoid having to quarantine upon returning to England.

Dozens of families packed into Faro airport alone after being informed that the holiday destination would be added to the amber list from June 8.

From 4am on Tuesday, anyone arriving from Portugal must quarantine at home for 10 days and take a Covid PCR test on days two and eight.

One traveller, who had been visiting her father, told Portuguese channel TVI : ‘We’ve moved our flight to today so my husband and I can return to work as soon as we get home.

‘We’re very disappointed, very upset, we all are, we wanted to stay.’

Under the current ‘green list’ rules, returning travellers from Portugal do not need to self-isolate and must only take a Covid test on day two of their arrival. 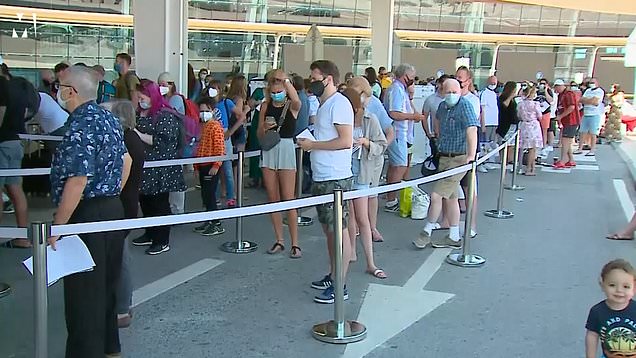 Another woman said: ‘It’s unfortunate for the people who have just arrived, I think a bit more notice would have been helpful.’

One Brit added: ‘I’m not sure it’s entirely justified but we have to take their word for it I suppose.’

It comes after Health Secretary Matt Hancock cited the Nepal strain of coronavirus, also known as the Delta variant, as the main reason for moving Portugal onto the amber list.

He said: ‘It was not a decision I wanted to take, but we’re absolutely determined to keep this country safe, especially from novel variants coming from overseas.’

He added that ‘tough’ restrictions on travel were necessary to protect the success of Britain’s vaccine rollout.

But the last minute announcement on Thursday saw a mad dash for PCR tests in Portugal, with tens of thousands of Brits forced to queue for hours to get swabbed ahead of their flights this weekend.

Airlines were forced to increase capacity by putting on extra flights from Faro, Porto and Lisbon to cope with the exodus.

Tim Alderslade, chief executive of Airlines UK, which represents British carriers, criticised the Government for failing to give enough warning to holidaymakers, such as placing Portugal on a ‘green watchlist’.

He said ministers failed to keep their promise of providing an adequate warning system to prevent ‘pandemonium’.

But the Government said dozens of cases of the Delta variant had been detected in Portugal and that it had to act fast to not put the vaccine rollout in jeopardy.

‘Public Health England is investigating this variant and mutation, to better understand whether it could be more transmissible and less effectively tackled by vaccines, potentially putting our progress with the roadmap at risk.’