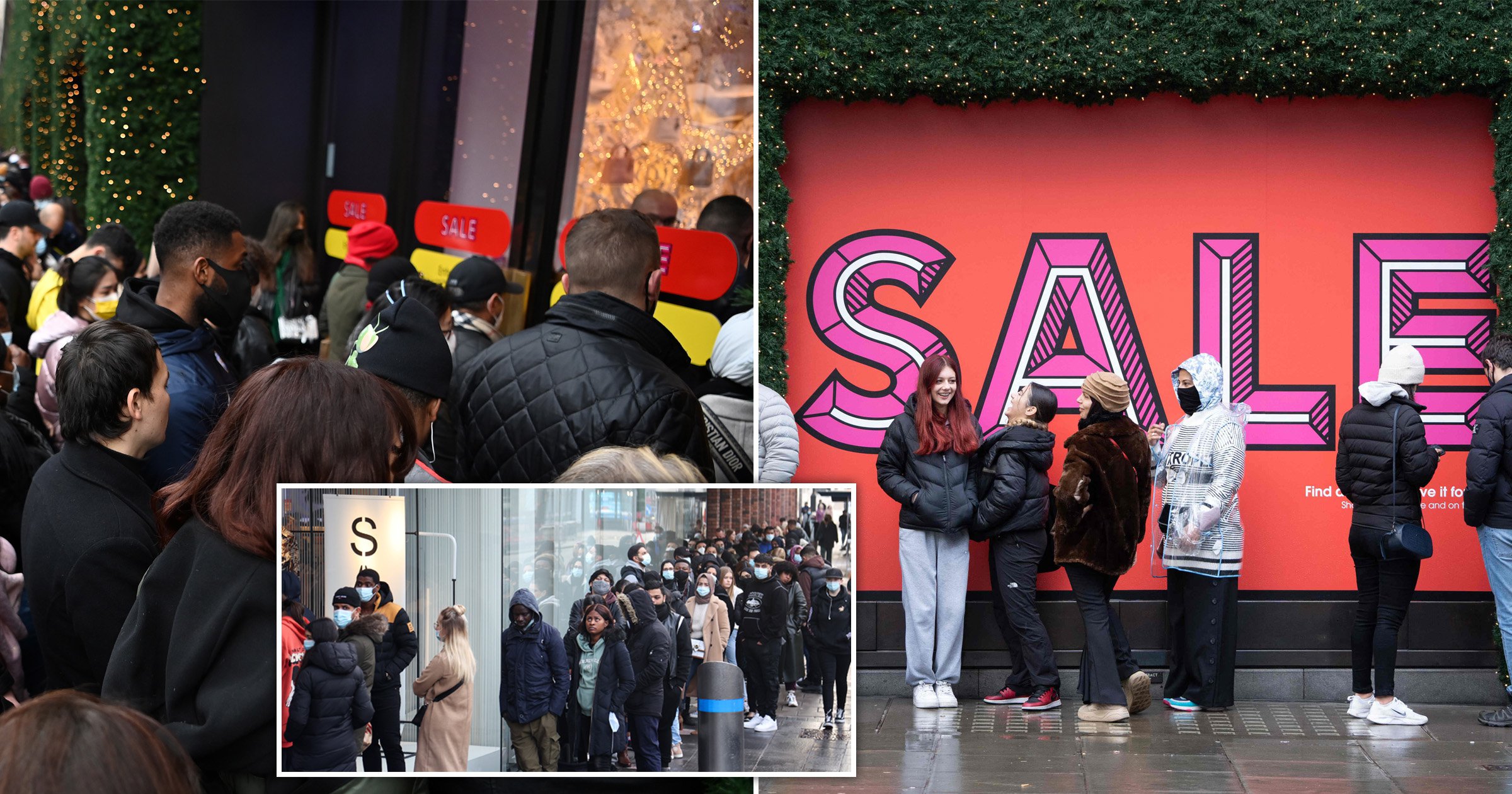 Hundreds of bargain hunters flooded through the front doors of Selfridges to get their hands on the notorious Boxing Day sales.

Despite record-high Covid-19 cases in England, Oxford Street was crowded with people determined to get into one of London’s most luxurious department stores.

Many pictures and videos taken this morning showed no social distancing at jam-packed stores and many maskless shoppers, even though some of them called on Boris Johnson to impose another national lockdown urgently.

When asked if the government should bring in a new wave of restrictions, one customer standing outside of Tommy Hilfiger in Regent’s Street said: ‘They need to do it, I don’t like to say it but they should because of the people.’

Huge queues had also formed outside Apple store, JD Sports and Zara in Soho for the post-Christmas reductions.

Those lining up to get into Harrods in Knightsbridge were treated to refreshments from staff dressed in tailcoats.

Elsewhere in the country, pictures from the Trafford Centre in Manchester showed people waiting since 8am.

The cold and wet weather also did not deter shoppers in Liverpool who crowded outside Lush and River Island on Church Street and Foot Locker in Liverpool ONE.

Despite the scenes, most savvy buyers will be browsing the sales from home instead of heading to the shops, according to a survey.

A third of people said they prefer online shopping in general, 32% highlighted it is more efficient and allows them to spend time with family and friends during the holidays, and 27% do not want to brave the unpredictable British weather.

Some 22% are looking to support smaller businesses and those closer to home in the sales.

However, Covid-19 remains a big concern for bargain hunters as four in 10 say they will shop online in an effort to avoid queues and crowds.

While sales on Boxing Day has been a tradition in the UK for years, the experience has looked very different in the last two years.

The daily figures are not being reported over Christmas Day and Boxing Day, so it is unclear whether the record-breaking trend has continued.

However, a new high of 122,186 cases was recorded in the UK on Friday afternoon.