Devon: Travellers set up their caravans at Topsham RFC

Travellers in around 20 caravans allegedly broke their way through a gate on Wednesday night to park up onto the field, which is now back in use following the easing of lockdown restrictions.

Topham Rugby Club, which is in Devon, has claimed that extensive criminal damage has been caused since their arrival including to the pitch, a gate, signage, and medical equipment – and also reported that human waste is on the pitch.

The travellers were served with an eviction notice to leave the site by 9am this morning. However, they had failed to move on by the deadline.

Bailiffs have been on site this morning, Devon Live says.

The club has had to cancel fixtures that were due to take place on its ground this weekend.

Hamish McDonald, a club member at Topsham RFC, said: “We are leaving it all in the hands of bailiffs and the police.

“We have just got back into playing rugby and were supposed to be having some tournaments this weekend which now won’t happen.

“The pitch has been churned up by the travellers doing handbrake turns, and there is human and dog defecation.” 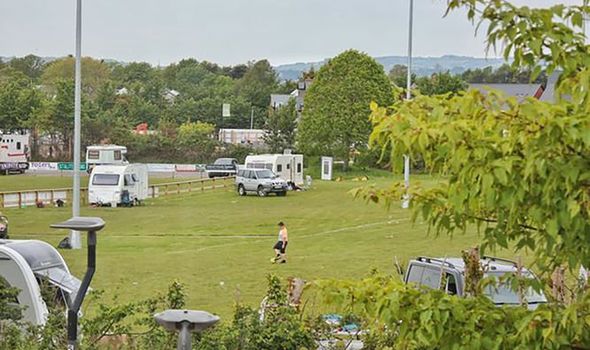 He added: “Basically they are doing as much damage as they can. They’ve trashed the place.

“The club is entirely volunteer based; nobody is paid to do work here. It is costing us an awful lot of money to try and remove them and then we will need to repair the damage they have done. Not only that but we will lose income from events we can’t put on.

“I have absolutely no idea how much it will all cost, but it will be thousands of pounds, and I don’t know where the money will come from.

“The travellers turned up to specifically cause as much damage as they can – and they have.” 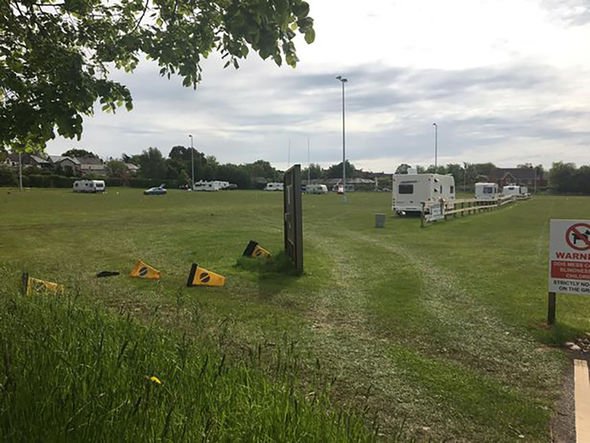 The club is now anxiously awaiting to see if the travellers will leave the site today while negotiations continue.

Hamish said: “We have gone through all the proper legal procedures. We called the police about the criminal damage, but they seem very reluctant to get involved.

“We are just completely on our own.”

A spokesperson for Devon and Cornwall Police said: “Police officers are in communication with rugby club officials and are assisting the council with monitoring the situation.”